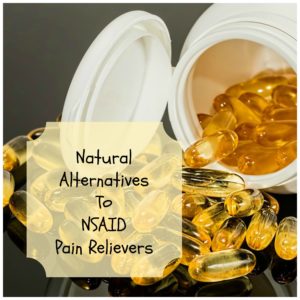 One night, a few years ago, I had a headache. It was a dull pain. It came on slowly and became steadily worse throughout the day. By 9 pm, my head was really starting to hurt. On top of that, I also felt nauseous.

We have no ibuprofen in the house. We don’t own any. I had already thrown out whatever we had. I don’t to ever buy more. (The same goes for aspirin and acetaminophen.)

We avoid these over-the-counter drugs, for reasons I’ll explain shortly. So I grabbed some peppermint essential oil. This is now my “go-to” headache remedy.

After using peppermint essential oil, the skin on my forehead took on a nice warm glow. Within a few minutes, the headache was history. The nausea was gone too. For me, peppermint and other essential oils work amazingly well for minor headaches.

Please understand I’m not giving medical advice, and I’m not promising anyone else will see similar results. I’m only relating my experience of using peppermint essential oil. If you have pain, please check with your doctor to rule out serious conditions before trying to treat it at home.

Also, essential oils are very strong, and must be diluted with a carrier oil before applying them to the skin. Olive, grapeseed and coconut oil work well for this purpose. You only need a little bit of aromatic oil, such as 1 or 2 drops, to a teaspoon of carrier oil.

It totally mystifies me why doctors and nurses don’t suggest simple remedies, such as peppermint or clove bud oil, for minor discomfort, instead of steering people toward over-the-counter pain medication. These formulas can have side effects, some of which are serious.

Fortunately, these worst-case scenarios are relatively rare. But they do happen. Also, when they happen to you, they aren’t rare.

I know I’m not the only one who tries to manage pain without drugs. There’s a growing selection of natural pain control formulas. Oftentimes, these are made with essential oils. Typically, several oils are mixed together in one bottle. That’s because it’s believed that combining oils, from different plants, creates a more powerful synergy than if you used them separately.

Sometimes, I just use regular peppermint essential oil (diluted with a carrier oil) on my headache. However, I often add one or more oils, especially if I have nerve pain. I have chronic nerve inflammation. But I keep it under control with a clean diet and natural remedies. However, every once in a while the pain flares. When this happens, I often mix three or four aromatic oils together, to give my homemade pain blend some extra punch.

If you don’t like the idea of mixing your oils, you can find various aromatic blends designed to ease discomfort. If you don’t own any oils, it makes sense investing in a mix that contains multiple oils, so you don’t have to buy a collection of oils. Plant Therapy Rapid Relief Synergy Blend is made with peppermint, bay laurel, clove, cinnamon, black pepper, thyme, ginger, chamomile and juniper.

Plant Therapy is where I’ve purchased a number of my oils. I did this after thoroughly investigating different companies, including the large MLM competitors. I use Plant Therapy oils in complete confidence that they’re pure and potent. Each oil is tested twice and one test is run by an outside lab. Plant Therapy also collaborates with world famous aromatherapist Robert Tisserand.

Another good option for natural pain relief is a blend sold by Nature’s Fusions called Cooling Waters Anti-Inflammatory Blend. I highly recommend this formula as well.

Here’s an experience that really helped shaped my views on safe pain relief. This is why I only choose natural pain relief.

When my son was around 10 years old, he played on a baseball team. One of the others players had a mother with obvious health problems. She managed to show up for every game. But it took a lot of effort.

This woman told me her chronic disability was caused by ibuprofen, which she took for arthritis pain, and that she’s lucky to be alive today.

Apparently, she was one of the 300 people in the United States each year who develop Stevens-Johnson syndrome. This is life-threatening condition. It’s often triggered by ibuprofen, as it was in her case. This caused her skin to blister, similar to what happens to a burn victim. Then her skin peeled off her body.

Doctors told her that her age, under 40, and her relative good health, except for the arthritis, is why she pulled through. She developed Stevens-Johnson syndrome in its most serious and often fatal form known as toxic epidermal necrolysis syndrome.

Knowing that this condition can develop, even if it’s rare, is all I need to convince myself that I can probably do without OTC pain medication, especially for relatively minor discomforts.

The British press also covered the harrowing experience of a young boy named Calvin Lock, who took ibuprofen for a minor illness. Within days, his body was swollen and covered with blisters. He wasn’t expected to survive.

Pictures show Calvin with skin that appears severely burned. However, Calvin made a remarkable recovery and now shows few signs of the illness, except for a mottled skin tone.

In the United States, one high-profile case resulted in a $63 million award. Samantha Rechis, a 16-year-old, was left partially blind and brain damaged from a reaction to ibuprofen found in a popular childrens’ preparation.

Samantha also had the most severe form of Stevens-Johnson syndrome. It nearly killed her. She spent months recovering in the hospital.

Ibuprofen, sold over the counter under many names, including Advil, Motrin and various generic versions, can also cause gastrointestinal problems, including severe bleeding.

According to the website Drugs.com, between 4 and 16 percent of patients taking ibuprofen will notice some sort of gastrointestinal symptom.

There is also an increased risk of heart attack and stroke among ibuprofen users. This supposedly “safe” drug can also cause kidney and liver failure.

What Are the Bad Side Effects of Ibuprofen?

If I had pain that didn’t respond to natural remedies, I might consider taking ibuprofen. The reason it’s so widely used is that it does work. Pain that’s not controlled is also bad for the body. So I don’t want to leave you with the impression that ibuprofen is totally without merit. It’s just that I look at it in terms of risk versus benefit. For me, I’m choosing to address my mild to moderate pain with essential oils.

Ibuprofen has generated its share of detractors since it was developed in the 1960s as a new class of non-steroidal anti-inflammatory drugs (NSAIDs). In the United States, it was initially available only by prescription. Then, in 1984, the FDA allowed over-the-counter sales. Ibuprofen in doses larger than 400 mg., however, require a prescription.

Many physicians are well aware of the dangers of ibuprofen. In 1999, the New England Journal of Medicine reported that gastrointestinal deaths from NSAIDs, by a conservative estimate, account for more than 16,000 deaths a year, making this the 15th leading cause of death in the United States.

This article is not intended for medical advice. People with health concerns should consult a physician. Pregnant woman or nursing mothers should not use essential oil except under the direction of a physician or a midwife. 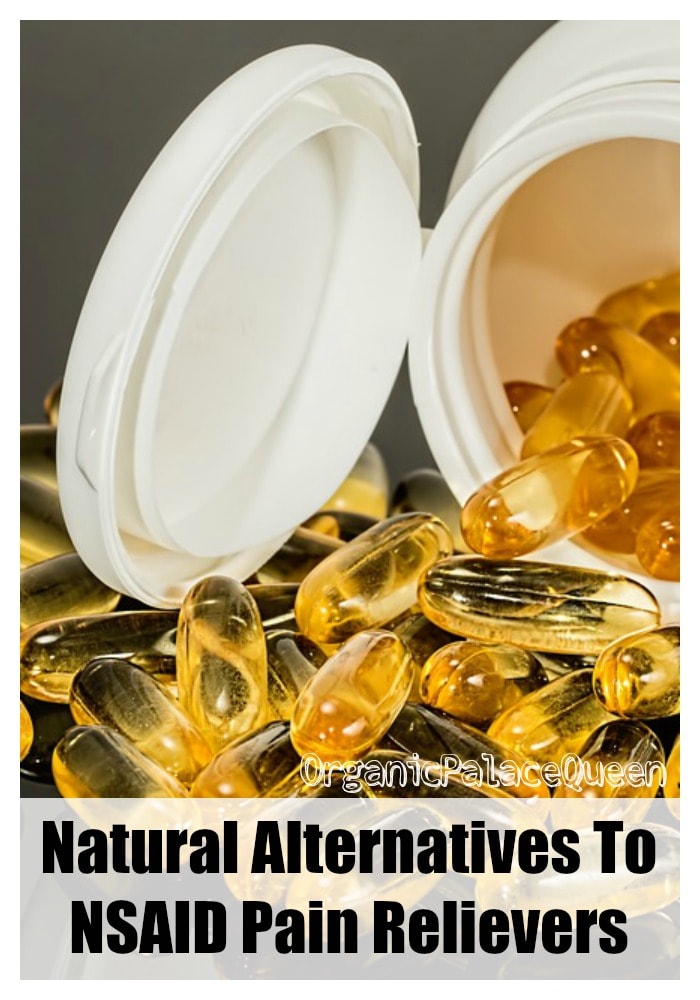 How to Use Essential Oils for Pain Relief

As you can probably tell, I’m a huge fan of natural pain relief. Using natural remedies, instead of drugs, has been a life changing experience.

Actually, my life changed for the better. That’s because the things I needed to do in order to relieve my pain resulted in better health. For instance, I have much more energy than I did when I was sick. In addition to excruciating pain, I suffered from chronic fatigue.

Getting healthy again took years. It took a lot of trial and error. But, eventually, I found an overall system that works for me. I can’t claim or promise it will work for anyone else. However, there is a common path to healing, which simply involves increasing your overall health. Everything that I did is now included in my online course called Natural Pain Management Strategies. This course contains more than 20 instructional videos. Click on the image below for more information.