How To Avoid Banned Pesticides In Tea 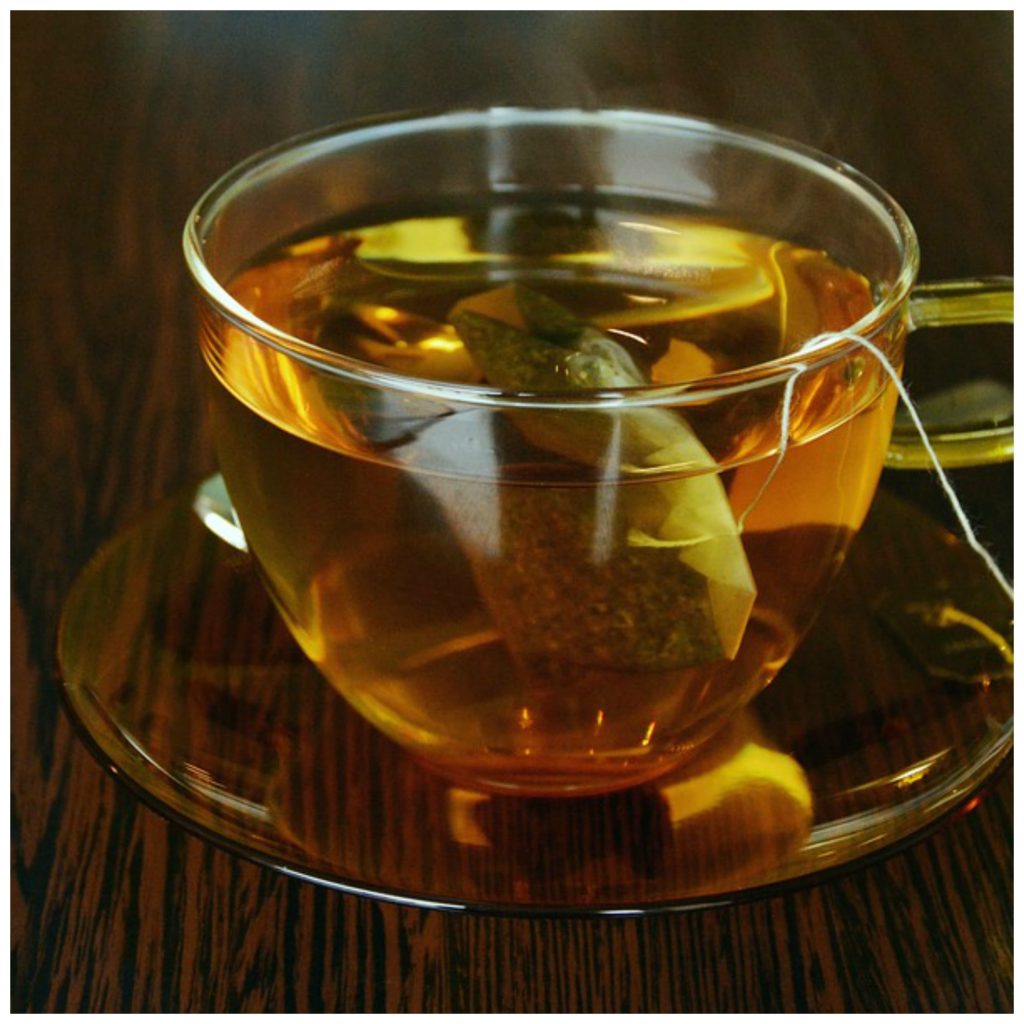 There’s nothing like a steaming hot cup of black tea. Especially on a cool crisp day.

Tea is the most popular drink in the world. If you enjoy tea, you’ll be happy to know it’s also good for you. Black tea has a number of potential health benefits.

One study of Indian tea found an alarming number of pesticides in every sample studied. These sample were taken from different areas around the country, indicating a widespread problem.

So it seems as if the best choice for a cup of tea is one that’s brewed from certified organic tea leaves.

It is true that organic black tea is more expensive than regular tea, grown without stringent safety standards. But your health is worth it. (Getting sick is expensive too.)

How To Avoid Banned Pesticides In Tea

A few years back, I read an alarming report. Greenpeace International conducted an investigation into the purity of Indian tea. The results are highly discouraging. Dangerous levels of pesticides were found in many samples, gathered from different parts of the country.

That report now seems to be offline. I don’t know why. But other articles that describe its contents are still available. It was previously reported that the Indian Home Ministry condemned the report and accused Greenpeace of trying to hurt the Indian tea industry.

Safe to say the Greenpeace report made some people angry. It also generated denials. I read another report claiming that DDT and another illegal pesticide were not used on Indian tea leaves. (You can still find other articles online that describe the original Greenpeace findings.)

Anyway, the report was called Trouble Brewing: Pesticide Residues in Tea Samples from India. At least one pesticide was found in 95 percent of the samples tested, according to the report.

But the majority of the batches sampled contained multiple types of pesticides. Typically, 10 or more different pesticides were found. In one sample, residue from more than 30 different types of insecticides were discovered. This included DDT, a compound banned in India, but apparently was still used, according to Greenpeace.

I wish I could link to that initial report. So you could read it yourself. But you can still find online articles that describe the findings. I have a link to one in the bottom of this post.

Whether the Greenpeace report was entirely accurate, I cannot say for sure. It generated a lot of push back.

Of course, We don’t want to harm an industry with potentially false reports or fear mongering. But we want to be sure the tea we’re drinking is safe.

A number of the chemicals cited in the initial Greenpeace report are known to be hazardous to your health. No one knows what they do when consumed in combination. At the very least, of mixing these dangerous compounds together, and then heating them, is extremely unappetizing.

Another potential problem uncovered by Greenpeace was that most of the pesticides on Indian tea leaves were not approved or registered with the Indian government. Another of the illegal compounds cited by Greenpeace was monocrotophus, banned in the US and elsewhere.

India ships more tea around the world than any other country, except China. Greenpeace had issued an earlier warning about Chinese tea as well. (This publication is also no longer available.) 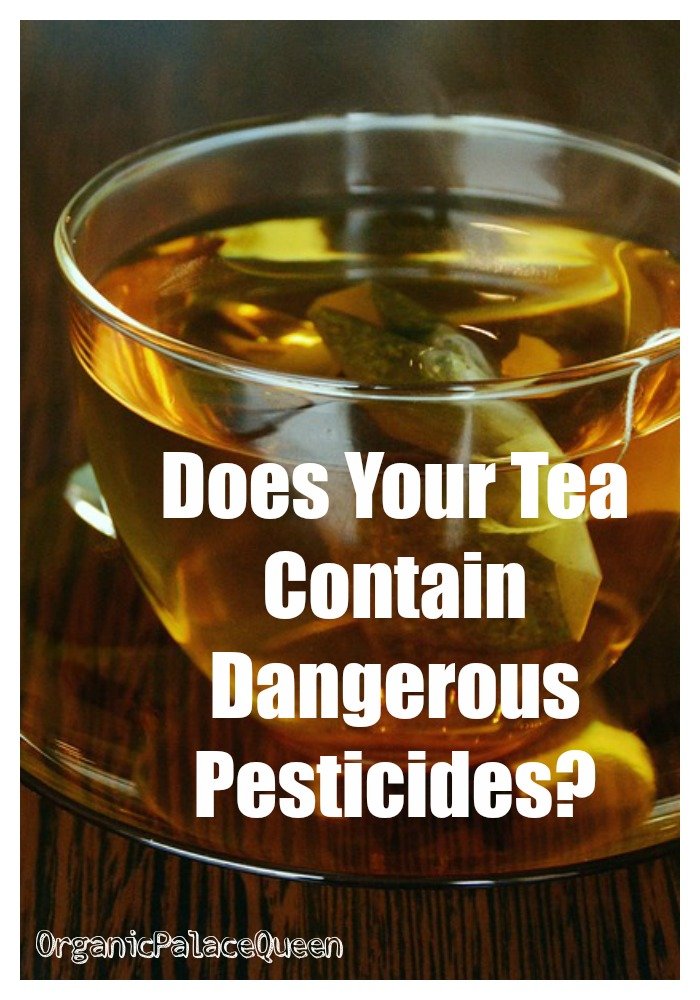 As a heavy tea drinker, I want to drink only organic. But I wondered where to buy organic black tea. It’s not always available in the supermarket.

A certain discount and close-out store I shop at sometimes carries delicious varieties of a well-known gourmet tea. It’s so good. But the supply is not something I can depend on. Whenever these little boxes hit the shelves, they quickly sell out.

In desperation, one time, because I love tea, I even bought a box of conventionally processed tea. But this isn’t something I’d recommended. What I really needed was a readily available good source of organic black tea.

So I was thrilled to find an extremely affordable brand of organic black tea online. Now, I never have to worry I won’t be able to find a safe tea to drink. It’s the best price on organic tea that I’ve found anywhere.

Tea is the most popular beverage in the world. It’s also a healthy drink, because it contains potent antioxidants and other compounds that help support your immune system. But, unless you buy certified organic tea, you could be consuming a lot of chemicals. Some of these are known or suspected carcinogens. It’s been reported that non-organic Indian tea may even contain the infamous DDT. But later reports have disputed that.

Since most of us have no means to test our tea in a laboratory, you can skip these worries with organic tea.

Because I have chronic nerve inflammation, which I keep under control with a healthy diet and natural remedies, such as herbal adaptogens, I was very interested in finding a good source of organic black tea.

My only complaint with this brand is that the string of the tea bags is stapled to the bag. I’ve also found this problem with a number of other brands of organic tea as well. To avoid putting this metal staple in my tea, I hang the bag higher over the cup, which doesn’t affect the strength of my tea.

All in all, I am very pleased with the quality of this tea. At this price, I wasn’t expecting to find anything that compared to the higher-priced labels I previously purchased. (So I was pleasantly surprised.) My teenage daughter, unfortunately, is a tea snob. Even she likes Newman’s Own Organics Royal Tea.

Where Can I Buy Tulsi Tea?

2 Comments
Previous Why Do Enablers Enable The Narcissist?
Next Why It’s Important To Do Your Own Medical Research