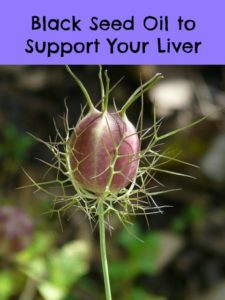 Nearly 10 years ago, I developed “incurable” nerve inflammation. It progressed very rapidly. Most likely, It would have left me unable to walk, if I didn’t take drastic steps to reduce excess inflammation.

In order to do this, I turned to alternative medicine. This meant cleaning up my diet. I also use a variety of natural remedies. This regimen has kept me pretty much symptom free.

The inflammation fueling my condition is still there. If I get careless, it could return, full force. But at least, if I’m careful, I can walk much better and live almost as if nothing’s wrong.

Black seed is one of the things I’ve used in an effort to get healthy again.  I no longer take this herb because my body doesn’t seem to need it. Actually, it leaves a terrible taste in my mouth and it now makes the back of my mouth scratchy. This is my sign to stop taking it.

I need to rotate my herbal remedies.. That’s because seem to work better if I don’t take them too long.

I then maybe return to them later, after trying something else. My health practitioner at the time agreed. (She recently passed away.)

She thought a remedy had probably done its job, once you no longer feel as if you need it. That’s definitely what happened with black seed. It started tasting terrible. Also, she didn’t believe herbal medicines are meant to be taken long term, without at least a break.

Please understand that I’m not a doctor and I’m not giving medical advice. Nor am I promising that any dietary supplement will cure your condition. All I’m doing is sharing my own story of how I’ve used natural remedies to regain and maintain my health. Also, I can’t promise that black seed or any natural remedy will help you to “detox.” Neither you nor I would probably have any way to measure this, other than greater well being and a reduction in symptoms.

‘Detoxing is nebulous concept. But it’s something we hear a lot about, especially in alternative medicine circles. Many holistic healers believe disease arises from a combination of stress, toxins and poor nutrition. Returning to health involves reducing stress, getting rid of toxins and eating better. (Real food diet, preferably organic.)

I personally believe detoxing is really important. I think it’s best done gently, with real food and well-selected natural remedies. These can include herbs, homeopathy and essential oils.

Black seed is well known in the Middle East. For centuries, it’s been used as a folk remedy, for a wide range of ailments. Lately, it’s becoming much more popular in the West, as more people learn of its potential health benefits.

This medicinal plant has a growing reputation as an alternative cancer remedy. But studies are lacking. Unfortunately, as far as I know, clinical trials in humans have yet to be conducted. So, right now, no one can say for sure that it’s effective for cancer. Black seed oil is a natural substance. So it can’t be patented and marketed as a drug.

Animal studies have been done. These are encouraging. But I need to stress that in no way am I suggesting that black seed or black seed oil should be used as standalone cancer treatment.

The relatively few studies looking at black seed’s actions against cancer cells, in animals, are positive.

One study looked at rats exposed to a strong carcinogen. The group of animals fed a mixture of honey and black seed demonstrated 100 percent protection against inflammation markers, as well as cancer. (If you suffer from a chronic condition, such as fibromyalgia, inflammation is your number one enemy.)

Where to Buy Black Cumin Seed

In traditional Middle Eastern folk medicine, black cumin seed is typically mixed with honey. (This is how I consumed it, and I made sure to use pure organic honey that came from a trusted source.) According to one online black seed expert, the seeds should be ground and gently heated in a pan before eating.

If you’re not able to find black cumin seed at your local grocery store, it is available online.

Black seed is a time-honored folk remedy. But it has one big drawback. It’s slightly difficult to prepare, as the seeds must be ground and heated. (I’m not sure I did that correctly either.) Black seed also has a very strong taste. it’s also used as a Middle Eastern spice, but in small amounts.

Many people instead prefer to take pure black seed oil, which involves no preparation. There’s also research showing that black seed oil can help mitigate the effects of radiation in rats. According to this Turkish study, the mechanism by which this happened was the liver. The conclusion was that black seed “reduces oxidative stress markers and has antioxidant effects.”

It appears as if this supplement supported the rats’ own liver detoxification pathways. Although I’m not aware of human clinical trials, specifically involving black seed oil and detoxification, animal models may tell us something. Anyway, here is one of the most popular brands of black seed oil sold in the United States.

Black seed oil is often recommended by herbalists as an overall health tonic. One beneficial action appears to be the ability of this botanical medicine to support the liver in its role of detoxification. A body that can’t eliminate toxins is prone to inflammation, a unhealthy state that will eventually lead to disease. 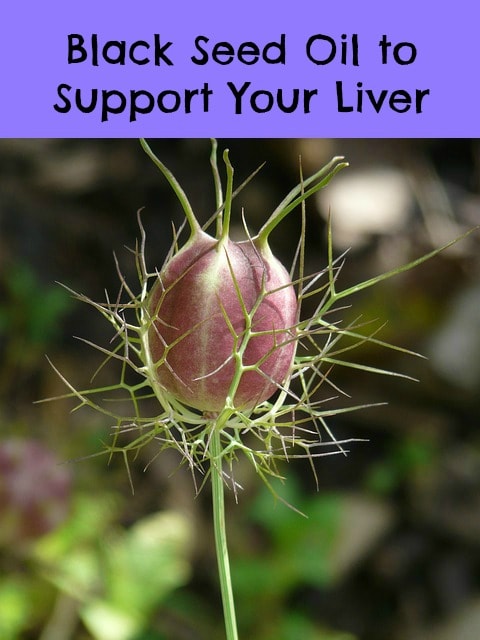 Leave a Comment
Previous What Are The Health Benefits Of Olive Oil?
Next Does Fertility Tea Work?