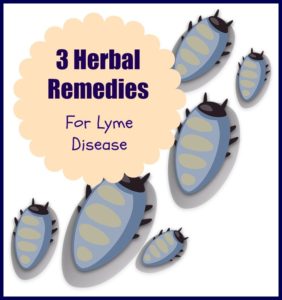 Have you ever heard of burbur? Probably not, unless you live in certain parts of South and Central America. I’ll give you a hint. It has nothing to do with Berber carpets or a certain North African ethnic group.

Pure Burbur extract comes from the leaves of a plant native to Peru. Scientifically, it’s known as Desmodium molliculum.

In recent years, burbur has gotten a lot of attention as a possible alternative treatment for Lyme disease. It’s often included as part of the now famous Cowden protocol, developed by Dr. Lee Cowden, MD.

Burbur is a little-known herb that has the potential to do good things for our health. Currently, it’s used primarily as a device to aid in the gentle detoxification of our bodies. Another reason people take burbur as an herbal supplement is to counteract the so called “die off” reaction that occurs as our system tries to flush out toxins. This can cause a temporary intensification of the symptoms we’re trying to reduce, or even bring on new complaints, such as headache and fatigue.

Detox symptoms can be annoying. It’s advisable to minimize them, since they’re caused by a temporary overload of poisons, during a die-off of pathogens and a clearing of man made chemicals and heavy metals.

However, I’m not a medical professional. So everything here is written is for informational and discussion purposes only. The Cowden protocol is very involved. There are a number of other recommended herbal remedies, besides burbur tincture. So you’ll want to work closely with your doctor, or, ideally, a practitioner who’s familiar with this treatment. Lyme disease is something you definitely don’t want to tackle yourself.

NutraMedix seems to be the leader in providing Americans with this herb. The one-ounce tincture shown below is a highly concentrated extract of whole leaf burbur. Many herbalists recommend taking entire plant remedies, rather than various isolated components. That’s because there are little understood compounds that may be extremely beneficial. Also, the beneficial substances found in a medicinal herb are present in the correct proportions, and are designed to work together. This Burbur Detox shown here is sold by Pureformulas, a huge online health food store.

Tinctures have the advantage of fresh herbs because their potency is preserved, and will last a long time, probably several years or more. It also makes sense to purchase burbur in a tincture, as the fresh leaves may not be available in many parts of the world.

The NutraMedix formula is pure burbur leaf preserved in a base of mineral water and alcohol. The alcohol is considered a very important ingredient that helps deliver the active compounds to your body on a cellular level. This is why some herbalists prefer tinctures, because they are easily assimilated.

Pinella is often taken with burbur. It’s believed that pinella can help address the so-called “brain fog” experienced by many people with Lyme disease. Actually, it’s not just Lyme patients that experience that blocked-headed feeling, along with inability to concentrate. At the worst of my illness, brain fog left me barely able to function. Pinella tincture drops are often used to help support the body during a die-off reaction.

These statements have not been evaluated by the FDA. These products are not intended to diagnose, treat, cure, or prevent any disease. Women who are pregnant or nursing should not take herbal remedies unless directed to do so by a healthcare professional.