Can Dairy Cause Inflammation? 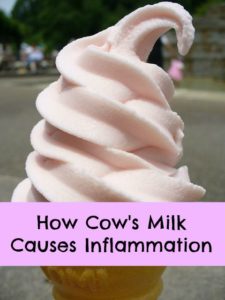 About 10 years ago, my back began to hurt. Within months, I was unable to walk. The pain was excruciating, and it kept me up at night. My skin also turned a deathly shade of gray and my hair began to fall out.

Unless something changed, I was headed for a wheelchair, and possibly an early grave as well.

Because I knew that mainstream doctors had nothing to offer, in terms of a cure, I began seeing alternative medical professionals. Severe nerve inflammation was fueling the unrelenting pain. But it may not have been the root cause of my trouble. One practitioner also told me I had adrenal fatigue. This, unfortunately, had kicked my inflammatory response into overdrive.

(Adrenal fatigue was the same diagnosis I had received earlier, during another period of intense stress.)

Controlling inflammation was the key to recovery. No matter what I had. That’s because this process is at the root of disease, according to most alternative health experts.

Does Eating Dairy Cause Inflammation?

I do need to stress that I’m not a doctor and I can’t give medical advice. All I can do is share my own reasons for giving up milk, cheese, ice cream and other forms of dairy.

The theory of whether dairy causes inflammation is a highly contested one. There’s a bit of evidence that it does. But the link is not proven.

Right now, I’m on a dairy free diet and I don’t miss milk at all. Also, there are some excellent substitutes, including organic rice milk.

Can Dairy Cause Inflammation?

This question is controversial. Alternative practitioners often tell people with inflammation to avoid dairy products. But mainstream doctors are sharply divided on the issue. So, if you do have any health concerns, please discuss them with a qualified practitioner. Since I’m not a doctor, I can’t give medical advice. All I can do is share my own story.

Most American doctors urge patients to drink more milk. This has been the standard advice for decades. So many health conscious people will often have a tub of yogurt for breakfast or lunch.

A 2013 study published in the American Journal of Clinical Nutrition didn’t find a link between dairy and inflammation.

However, a later Swedish study casts doubt on those findings. Women who drank multiple glasses of milk each day were more likely to die than women who drank less milk. They also suffered from an increased incidence of bone fractures, in direct proportion to their dairy consumption.

As reported elsewhere, one of the lead researchers believes a milk sugar, called galactose, promotes inflammation. Other findings seem to indicate that galactose does, indeed, lead to metabolic changes that cause inflammation in laboratory animals.

Some researchers have been sounding the milk alarm for years. If you still have any doubts, perhaps you should read Whitewash: The Disturbing Truth About Cow’s Milk and Your Health.

Americans have been led to believe we can’t live without cow’s milk. Otherwise, we won’t get enough calcium. But people in other parts of the world don’t drink milk. They also don’t suffer the same rate of degenerative and life-threatening diseases, according to one body of research, known as The China Study. It found that Chinese women rarely developed breast cancer with a traditional Asian diet. But, once they began consuming dairy, the incidence of breast cancer spiked. The disease is then diagnosed at rates seen in America and in other parts of the developed world, where milk is a staple. 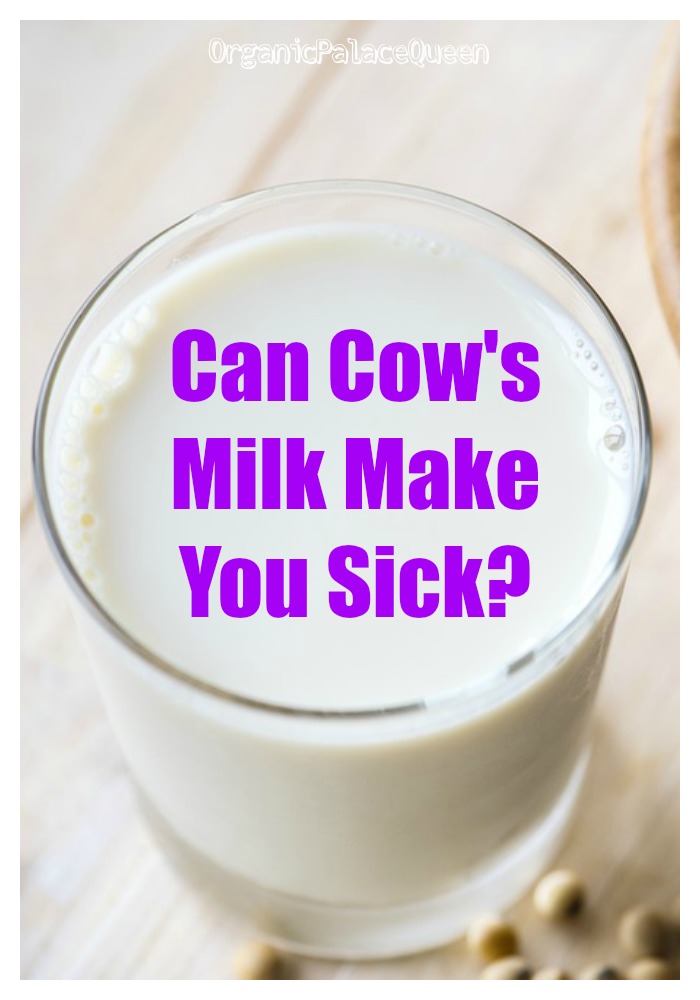 Is Cow’s Milk Good for You?

For me, getting healthy again required a lifestyle overhaul. First on the agenda was reducing stress. Emotional trauma is toxic, and it can create inflammation, just like any other poison.

Unfortunately, I had allowed a couple of disordered people into my life. One of them was highly destructive. She caused a lot of chaos and confusion. She’s not the type of “friend” I needed. I continue to pray for her, but she’s not part of my life anymore.

I also used a variety of natural remedies. What helped me was a combination of homeopathy, herbs and essential oils. I tried switching them around, which seemed to make them more effective.

However, unless I changed my diet, all of this would, most likely, only have a limited effect. Milk, apparently, was a big contributing factor to my pain and inflammation. Several years after permanently swearing off of milk, my painful nerve condition has healed and I can walk again.

How to Cook Without Milk

I realize that it’s sometimes difficult to cook without milk. That’s why I like to tell my readers about Real Plans. This is a healthy meal planning service that includes dairy-free options, as well as gluten-free if you choose. The meals are delicious. All you do is follow a weekly shopping list and recipe guide. Trust me, you won’t feel deprived. For more information on how to get started eating real food, made without milk, click on the image below.

These statements have not been approved by the FDA. These products are not intended to diagnose, treat, cure or prevent any disease. People with health concerns should discuss them with a doctor. Women who are pregnant or nursing should not use essential oils, unless directed to do so by a healthcare professional.

Cow’s Milk Bad for You?