Can You Eat Green Potatoes? 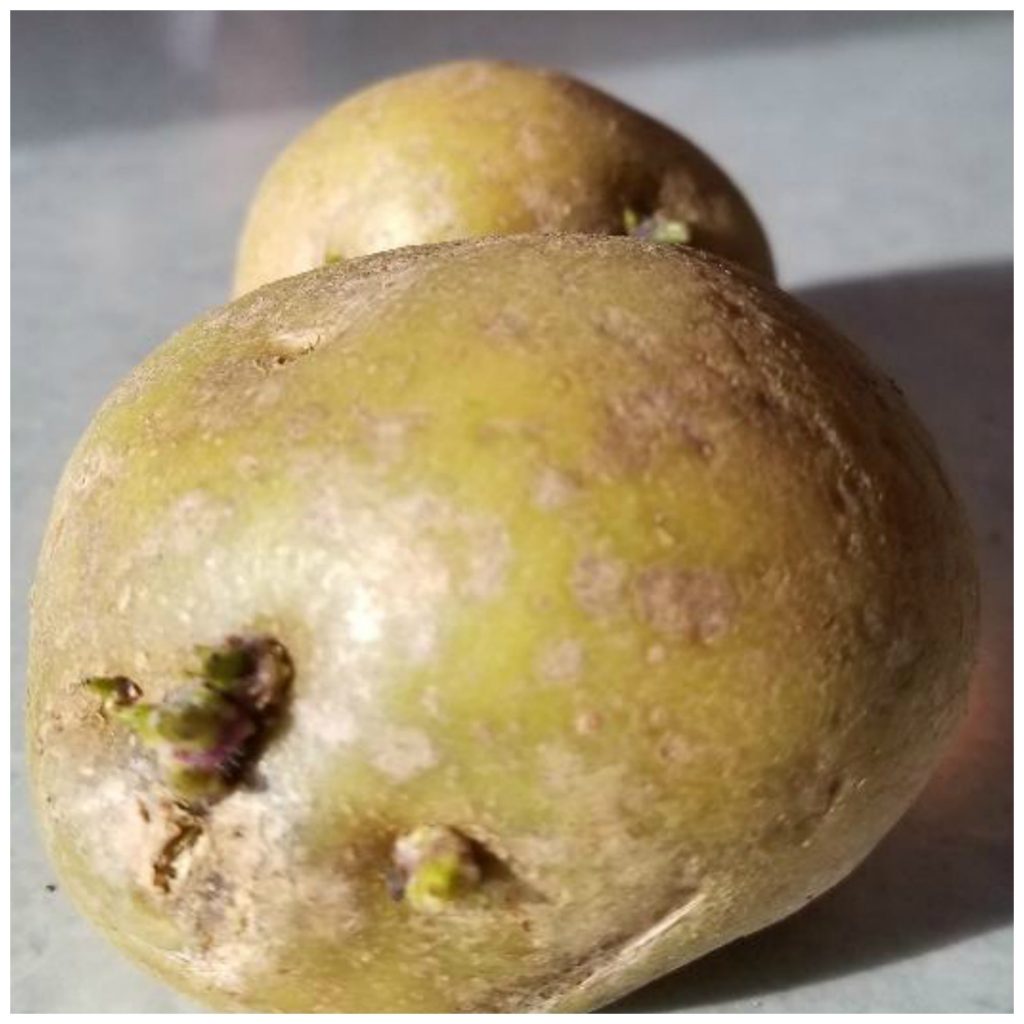 It doesn’t take long for a bag of potatoes to take on a greenish tinge. This happens when they’re exposed to light.

The green color is chlorophyll, the naturally occurring compound found in all green plants.

Chlorophyll isn’t bad for us. Actually, it’s good for us, because it’s thought to help with the detoxification process.

But green potatoes aren’t good for us.

Because the presence of chlorophyll also means significant levels of another chemical called solanine.

Solanine in high enough doses is a neurotoxin.

A little bit of solanine won’t kill you. Small levels of solanine are found in all potatoes, even ones that haven’t turned green.

But you want to avoid the significant levels found in green potatoes.

High quantities of solanine can cause nausea and digestive upset. Worst case scenario would be neurological problems.

I know we’ve all eaten green potatoes and potato chips with green edges. We’re still alive. (But I do remember being extra careful to avoid green potatoes when I was pregnant.)

Can You Eat Green Potatoes?

Just because something is natural doesn’t mean it’s good for us. You want to be careful not to eat potatoes when they’ve turned green.

You also want to make sure the potatoes you buy haven’t started to turn green. This happens when potatoes are exposed to light.

This is why I often store my potatoes in my basement, which doesn’t get much light. (This is why some people store potatoes and other kinds of tubers in root cellars.)

Sometimes I put my potatoes in a darkened plastic bag if I plan to keep them in the kitchen.

Then I try to use the potatoes within a week.

I’ve noticed that organic potatoes don’t tend to last as long as conventionally farmed varieties. This may have something to do with storage, or supply.

My local grocery stores do carry USDA certified organic potatoes. But sometimes they’re not in the best of shape. They’ve sprouted and have started to turn green.

This may have something to do with lack of demand in my area. Grocers are probably reluctant to throw away unsold potatoes.

Or it may have something to do with the chemicals used on conventionally grown potatoes. Conventional potatoes don’t seem to sprout as readily as the traditionally farmed organic varieties.

Even with my best efforts, sometimes I notice that greenish tinge on my potatoes. I hate to throw food away. So I still eat the potato, after cutting away the green parts and then a little more, just to be safe.

Are Green Potatoes Safe To Eat?

Green potatoes are definitely something to avoid. Which raises a dilemma, at least for me.

A lot of the time, I can’t find reasonably fresh organic potatoes. So I buy conventional potatoes.

So the dilemma. Do I buy USDA-certified organic potatoes that are past their prime?

This way I avoid potentially toxic pesticides and herbicides.

Or do I buy conventionally farmed potatoes, and avoid the solanine?

Lately the organic potatoes in my area have looked so pathetic that I’ve resorted to conventional potatoes. The other option is no spuds at all.

Can You Eat Potatoes With Sprouts?

Others may disagree. But I eat potatoes with very limited sprouts as long as the potato is firm and I can cut the sprouts off, as well as some of the surrounding meat. Any green parts are removed as well.

If a potato has an extensive network of sprouts I throw it away. That’s because the sprouts contain significant amounts of solanine.

The culprit was a bag of potatoes that had obviously gone bad. Fortunately, everyone recovered. But some of the boys were rendered comatose.

The Smithsonian piece listed a number of other cases of potato poisoning, some of them fatal. 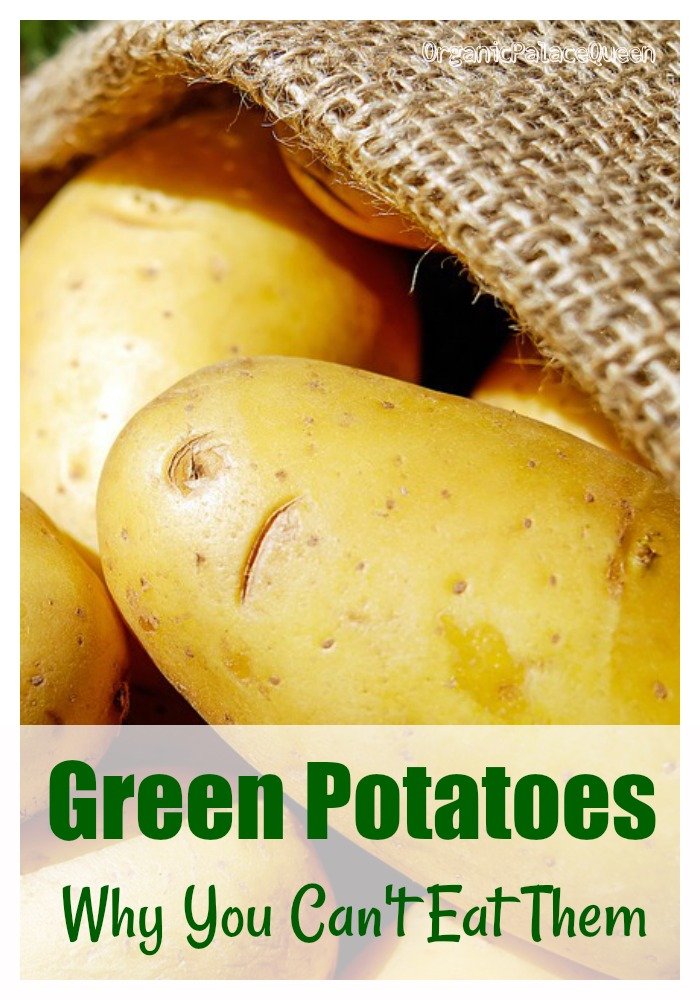