Are Cell Phones Dangerous For Your Health? 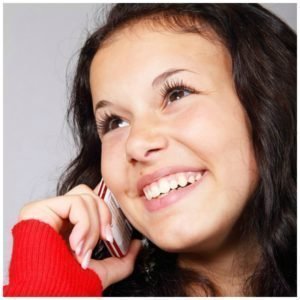 I’m old enough to remember when boys used to call girls for a date, using a telephone connected to a land line.

But that’s not how teenagers communicate now. Instead, they call one another on their cell phones and they send text messages back and forth.

Are Cell Phones Bad for You?

Using a land line is something most teens won’t even consider. In fact, they probably don’t even understand why anyone would want to own one of these relics in the first place.

(Actually, this didn’t prevent me from going out and buying a landline inspired cell phone handset, designed to prevent radiation exposure, in hopes that my family members would use it instead of putting the phone to their ears.)

It’s really difficult separating a teen from their cell. Actually, just the threat of losing their phone, even for a short period of time, usually brings about a rapid change in behavior.

If a teenager happens loses their phone, or drop it in the washing machine, it’s a disaster of epic proportions. (I know because my son accidentally left his phone in his cargo shorts. These were laundered. It killed the phone and he was devastated.)

Are Cell Phones Dangerous For Your Health?

This inordinate attachment to an electronic device would all be really cute, if cell phone radiation didn’t pose a potential health risk. More studies are needed. But, based upon what we know now, there’s cause for concern.

The European Environmental Agency says there is “sufficient evidence of risk” to recommend that people not to put a cell phone near their ear. This warning applies even more to young people, because it’s also known their brains are more affected by this type of microwave radiation.

So, if you have a teenager, he or she probably has a cell phone. Here are a few ways to minimize the potential risks. Please understand that I’m not a doctor, so I can’t give medical advice. All I can do is share already published information, as well as my own personal experience.

With my own children, I tried to avoid cell phone use for as long as possible. Eventually, though, I caved in to the pressure. I still try to encourage them to use their phones as safely as possible (not putting them right up to the ear), even though I’m not always successful.

I’ve tried to warn my children about the potential dangers of EMF radiation exposure. But it’s very difficult to getting this message across, because so many people use cell phones.

When my son first got his phone, at age 15, we were pretty strict about not having him use it to just to chat. Longer conversations had to be conducted on the land line.

Also, I warned him, repeatedly, that the type of electromagnetic radiation emitted by these devices is not good for him.

Did he listen? Not really. But I’m hoping the message eventually sinks in, and, when he’s out of the house, he uses his cell phone wisely. Here is an excellent book that clearly spells out the potential dangers of all forms of electromagnetic pollution. I’ve read it and I keep it in our family room, hoping my children will eventually pick it up and learn how to minimize the potential risks of using a cell phone.

Send Text Messages Instead of Calling

Dr. Stephen Sinatra, MD, shown in the video below, is well known “integrative cardiologist” who founded the New England Heart Center. Yes, electromagnetic radiation can damage the heart, as well as other organs, he explains.

He recommends telling family and friends to text message you, instead of calling you. Although you’ll be exposed to a little bit of radiation, just by holding the phone in your hands, it’s still better than putting it next to your ear.

Fortunately, text messaging is a common and easy way to communicate. From what I can see, this is how most teenagers “talk” with their friends and significant others.

Sometimes you do need to talk on the phone. Many families have gotten rid of their land lines, so a cell phone is what they use. Dr. Sinatra also recommends putting the phone on speaker. You’ll still be bathed in EMF waves, which he notes are unhealthy and cause cellular damage, as well as a variety of health problems. But at least the phone won’t be held close to your head.

Do you want a private conversation? One alternative is to use a retro handset that can plug into your cell phone.

The manufacturer says this product reduces radiation exposure by 99 percent. 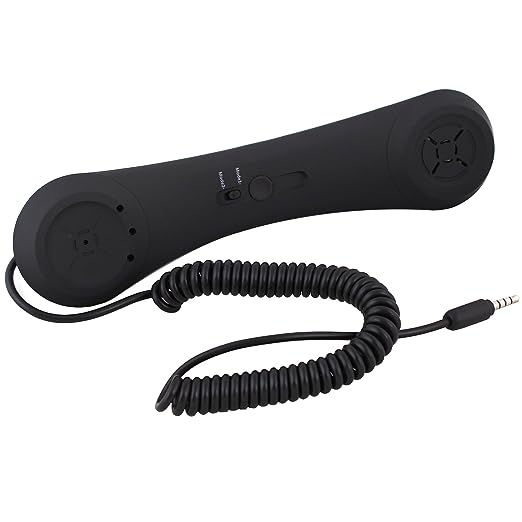 Don’t Let Your Teen Sleep with a Cellphone

I recently read a statistic that 87 percent of teenagers sleep with their cell phones. This is alarming, because it means they get no rest from the constant sea of electromagnetic radiation that is all around us. Long-term health effects are unknown. Current evidence suggests this practice can disrupt your sleep cycle.

Before going to bed, I ask my son to please put his phone on the kitchen counter. Sometimes he falls asleep with the phone next to him. I am pretty vigilant, so, when I see this happen, I make him put his phone somewhere else. Again, I’m hoping he soon learns to do this on his own.

Leave a Comment
Previous How Can You Tell If Your Olive Oil Is Fake?
Next Non Toxic Pest Control With Essential Oils