Cellfood Does It Work? 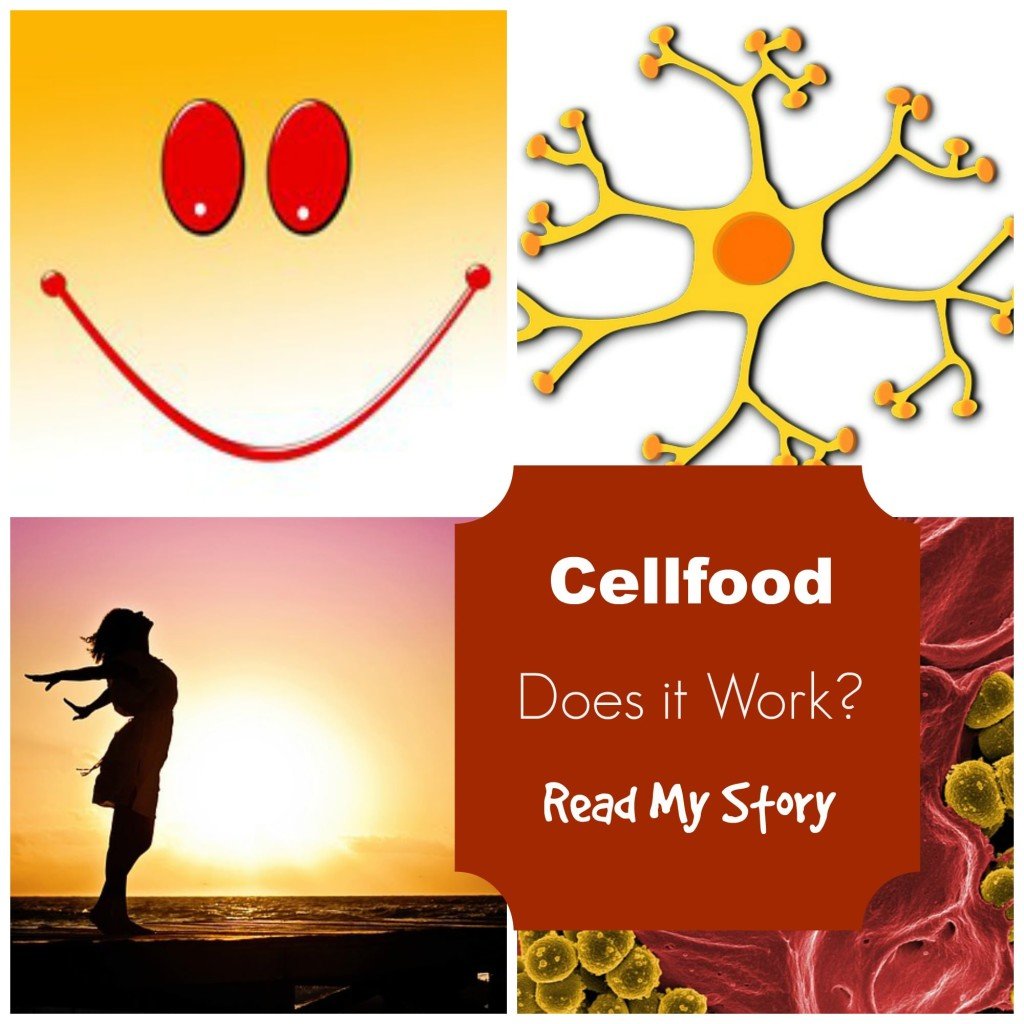 Does Cellfood work? The short answer is yes. At least it did for me.

However, I can’t promise or claim this or any other product will work for anyone else the same way. Also, I’m not a doctor. So I can’t give medical advice. Everything here is written from the perspective of personal experience only.

Anyway, here’s my story. I first learned about Cellfood from a man on the Internet.

He raved about this supplement. When he speaks, I tend to listen. Even though he’s not an MD, he knows a lot about natural medicine and spoke very highly of this product.

I was intrigued. Since I suffer from a chronic nerve condition, I’m always on the lookout for natural remedies to keep my symptoms under control. Could this little bottle of minerals and enzymes help?

(This post contains affiliate links. If you click and purchase anything, I receive a commission, at no extra cost to you.)

Later, I saw Cellfood for sale. It was in a health food shop. The owner said she sold a lot of it. Her customers loved it.

Then, I read more testimonials. People felt better after taking cellfood. There were even reports of improvements from other chronic conditions.

Eventually, I broke down and bought a bottle. I wish I’d done this sooner.

I will say that Cellfood caused my pain to increase for at least a few days. But later I reaped the benefits.

Cellfood is manufactured by the NuScience Corporation, located in Lancaster, California. It was developed by Everett Lafayette Storey. He was a chemist and microbiologist. On the company website, there’s no information on Storey. Here’s the likely reason why.

Storey was a brilliant scientist. However, he became involved in the production of the hydrogen bomb. He later regretted this.

Beset with remorse, he devoted the rest of his life to doing things to help mankind. One project was Cellfood, designed to raise the body’s oxygen levels. Storey believed it could reverse all disease, if given enough time.

How Does Cellfood Work?

The theory behind Cellfood is that disease thrives in an anaerobic environment (one devoid of oxygen).

So, changing this environment allows the body to heal. Cellfood is designed to boost the blood oxygen level. This product, which has been on the market for 40 years, is also packed with nutrients. It contains 17 amino acids, 78 minerals and 34 enzymes, as well as electrolytes.

The recommended dose of Cellfood is eight drops three times a day. Taking more won’t harm you. The body eliminates what it doesn’t need.

Some people, including Winnie Mandela of South Africa, say they double the dose. She is one of the many Cellfood users who’ve posted encouraging testimonials on the Internet.

The oxygen contained in a bottle of Cellfood has a negative charge. The theory is that it binds with the positively charged oxygen ions known as free radicals. These are implicated in aging and in many health conditions. The free radicals are then neutralized, according to this school of thought.

This action then results in a healthy stable type of oxygen, according to NuScience literature. As this oxygen forms, the nutrients in Cellfood are transported to the cells.

According to other published reports, Storey also used this product on himself and on his colleagues. They were exposed to high levels of radiation while working on the hydrogen bomb. Storey initially suffered radiation sickness. But he found that Cellfood helped him regain his health.

Cellfood Does it Work?

It’s claimed that Cellfood is a powerful detoxification agent. That’s why it’s really important to start slowly. (I probably didn’t start slow enough and that’s probably why my pain temporarily increased. But that’s normal for me. I typically respond to remedies with more pain before getting relief.)

Otherwise you may experience unpleasant symptoms. These can include a runny nose, a mild rash or a headache. If that happens, the manufacturer recommends temporarily cutting the dose in half. Because I suffer from chronic nerve inflammation, I needed to start slowly. I probably didn’t start slowly enough.

Within a day or two of taking Cellfood, I had a lot more energy. This was a good sign. A few days later, though, I had a nagging headache. After about a week, my sciatic nerve pain kicked into high gear.

I was thrilled. That’s because I’ve learned that this is a good sign. When a natural remedy is working, it may make you feel worse for a time, as your body detoxes. But you often feel positive benefits as well. Despite the temporary increase in pain, I had more energy. (So I knew good things were happening.)

With Cellfood, I started slowly. I took a couple of drops first thing in the morning, on an empty stomach. Later, I added more drops. I’ve tried a lot of natural products. So I’m careful not to get too excited too quickly. Some things work great for awhile. Then, all benefits cease.

But Cellfood continued to work, even after a few months. My pain gradually diminished. My energy remained high. During the time I took Cellfood, I recorded how I felt.

First Update: I’ve been taking Cellfood nearly two months. My energy level is better and if I don’t get eight hours of sleep every night I can still function reasonably well. This is a big improvement. I’m also sleeping much better. My painful inflammation is still with me, but it’s lessened.

I now take eight drops three times a day. Each time I up the level, I notice a slight (but temporary) increase in symptoms. I’m encouraged. It means the product is working and better health will follow.

Second Update: I’ll soon start my third month on Cellfood. I’m thrilled with my increased energy. Many people taking this supplement say they don’t need as much sleep. I still do best on eight hours. But if I don’t get it I still function. I’m no longer totally destroyed if I go to bed late and have to wake up early the next morning.

I have olive skin. For years I’ve had dark circles under my eyes if I didn’t get enough sleep. These have faded. (A healthy diet and natural cosmetics have also helped my complexion.) My painful nerve inflammation has improved. But it hasn’t gone away.

Third Update: I’ve now taken Cellfood for almost five months. My energy during the day is great. I’m now sleeping much better at night. My pain continues to improve. I plan to take this at full dosage until all my complaints have resolved.

Fourth Update: After about six months taking Cellfood, I can stop taking it. My discomfort has lessened. My energy is better than it’s been in many years. So I discontinued this product. I now use herbs and a natural vitamin C to maintain my health.

Fifth Update. It’s been more than two years since my Cellfood experiment. I haven’t had to use it again. I continue to enjoy much better health. I also eat organic foods and try to avoid processed foods.

Much later update: It’s been years since I’ve taken Cellfood. I may try it again because my chronic nerve pain demands I always take something.

These statements have not been approved by the FDA. These products are not intended to diagnose, treat, cure or prevent any disease. People with health concerns should discuss them with a doctor. Women who are pregnant or nursing should not use dietary supplements, unless directed to do so by a healthcare professional.

I’m not a healthcare professional, so all of the above statements are my personal opinion, and are presented for discussion purposes only. They are not intended as medical advice. The author assumes no responsibility for treatment decisions or outcomes.

Leave a Comment
Previous Where Do You Buy Hemp Milk?
Next Dr Revici Cancer Treatment