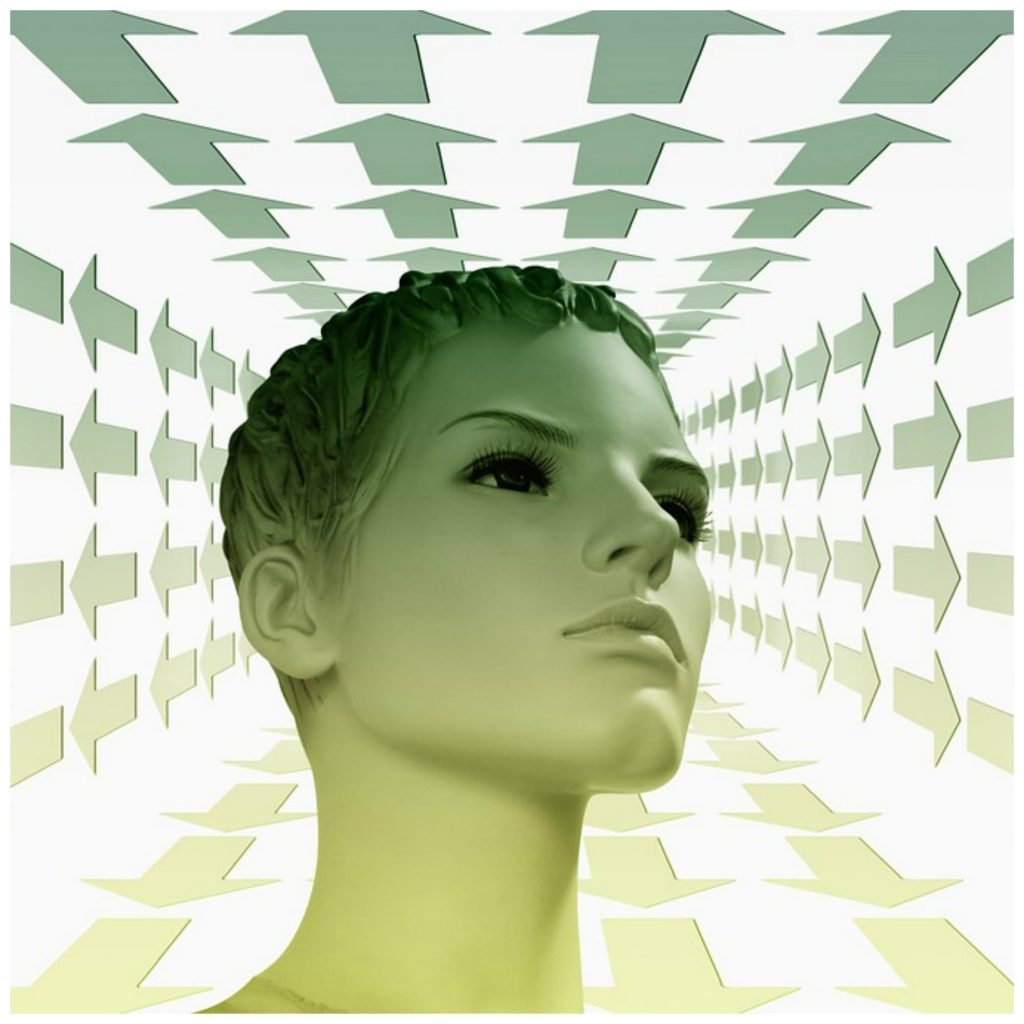 Female bullies are the worst. Here’s why. Male bullies attack you directly. You know where they’re coming from. So you can either confront them or get out of their way.

Women, on the other hand, can be devious. Once you realize you’re on their hit list, the damage is already done.

Adult female bullies are often found in the workplace. Office bullying has reached epidemic levels. Currently, about 35 percent of American workers have been bullied, according to the Workplace Bullying Institute, an organization that advocates for the targets.

Because female bullying is so widespread, and potentially so devastating, I believe this topic belongs on my natural health site. Adult meanies are bad for you. Working with a nasty, devious person can destroy your health.

Malicious people are bad for you outside of work too. Female bullies are often found in social settings. Unfortunately, they’re often difficult to spot. Keep reading, so I can give you some tips on dealing with them.

Female bullying is a subject that’s near and dear to my heart. I’ve had first-hand experience with a malicious adult female. I’m convinced it’s a huge problem that’s largely unrecognized. It seems to be getting worse. In fact, I’m so concerned that I’ve even written a book called, Are Women Getting Meaner?. I hope it sheds some light on the issue.

People are slowly waking up to the fact that men haven’t cornered the market on meanness. They only have a slight edge. British researchers have found that 45 percent of workplace aggressors are women.

Female abusers generally operate under the cover of darkness. So it’s extremely difficult to catch them in the act. They use stealth weapons of gossip and innuendo. And they use them effectively.

Women Who Hurt Other Women

Female bullies sow discord. This leaves victims without social support. Once the situation takes root, it’s nearly impossible to undo the damage. If it happens at work, your job is on the line.

An office bully’s main goal is to ruin your life. Driving you into the unemployment line is part of her plan.

That’s why it’s good to learn how female bullies operate. The more you know, the less likely you’ll stumble into one of their traps. I wrote the book you can see below as a means of hopefully arming my readers with protection. (Knowledge is power.)

Are Women Getting Meaner Book

Traits of a Female Bully

Female-to-female aggression is insidious. The troublemaker may even be your friend. The bully often “befriends” her target. But only to gather intelligence. She’s on the prowl, looking to exploit weaknesses. She may invite you out for a drink. She may get to know your friends and relatives.

Once she gains your trust, you might confide in her. (Big mistake.) She seems sympathetic and eager to listen. People with disordered personalities (healthy folks don’t act this way) have an uncanny aptitude for sizing people up.

Why are Some Women So Mean?

Confusion is often first sign something is wrong. You feel vaguely uncomfortable. But you don’t know why. Co-workers may begin avoiding you. At this point, you’ll start to be excluded from social gatherings. Or, you may not be invited to work-related meetings you normally attend.

People with disordered personalities are good liars. So it’s possible the entire office has heard unsavory things about you. None of them true.

Female tyrants often recruit people to wage their war. So, from the target’s perspective, the individuals causing obvious distress may not be working alone. It’s possible the main bully is directing the show from behind the scenes.

In the workplace, women pick on other women most of the time, But not exclusively. (This information is from research compiled by the Workplace Bullying Institute.) Men can be targets too.  Once this dynamic takes root in an office (or in a social setting), it’s nearly impossible to reverse. Unless, that is, a supervisor catches on and steps in. However, oftentimes, the supervisor is the bully.

You may not know you’re being singled out until things have spiraled downward. When this happens, your only recourse may be to find new employment.

Complaining to Human Resources is usually of little avail. Bullies are very believable. They present themselves in a good light. Unfortunately, you’ll be seen as unbalanced, especially if you cry or show strong emotions.

Embattled workers who file a grievance are successful less than 4 percent of the time, according to the Workplace Bullying Institute (WBI).

Co-workers, except in very rare instances, won’t rush to your defense. They either don’t believe your story. Or they’re rightfully afraid of losing their own job. Eventually, noted the WBI, the majority (nearly 80 percent) of targets are fired or resign.

I can address female bullying from the perspective of personal experience. This is what I used to write my book on the apparently increasing incidence of mean behavior. My own run-in with a covert abuser was among the worst experiences of my life. But I survived and gained a lot of insight in the process. I want to pass along some of the things I now understand about relational aggression. 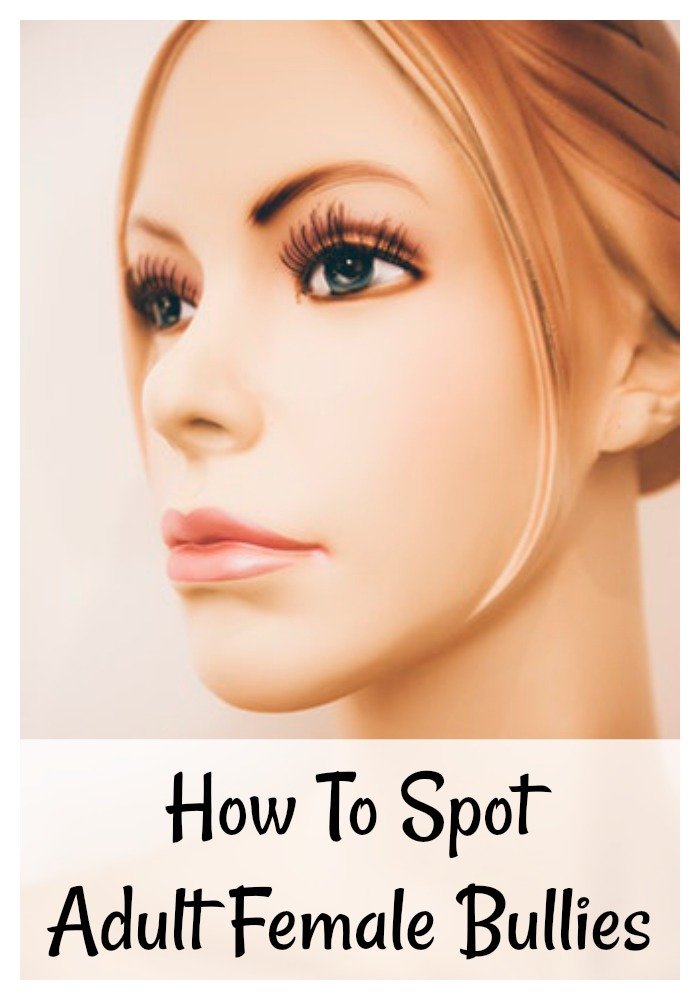 What are the Characteristics of Female Bullying?

I put this as the number one thing to watch for. Never ignore this one. Healthy people usually don’t have a lot of free time on their hands. They’re busy. They’re engaged and they already have other relationships.

People with personality disorders, on the other hand, will clear their schedule. They want to spend all their free time with you. At this point, it’s early in the relationship. So they may put you on a pedestal. (Don’t worry, it won’t last.) Chances are they’ve already burned a lot of other bridges. So they don’t have many other friends.

Anyway, here are some tips on how to protect yourself from adult female bullies. 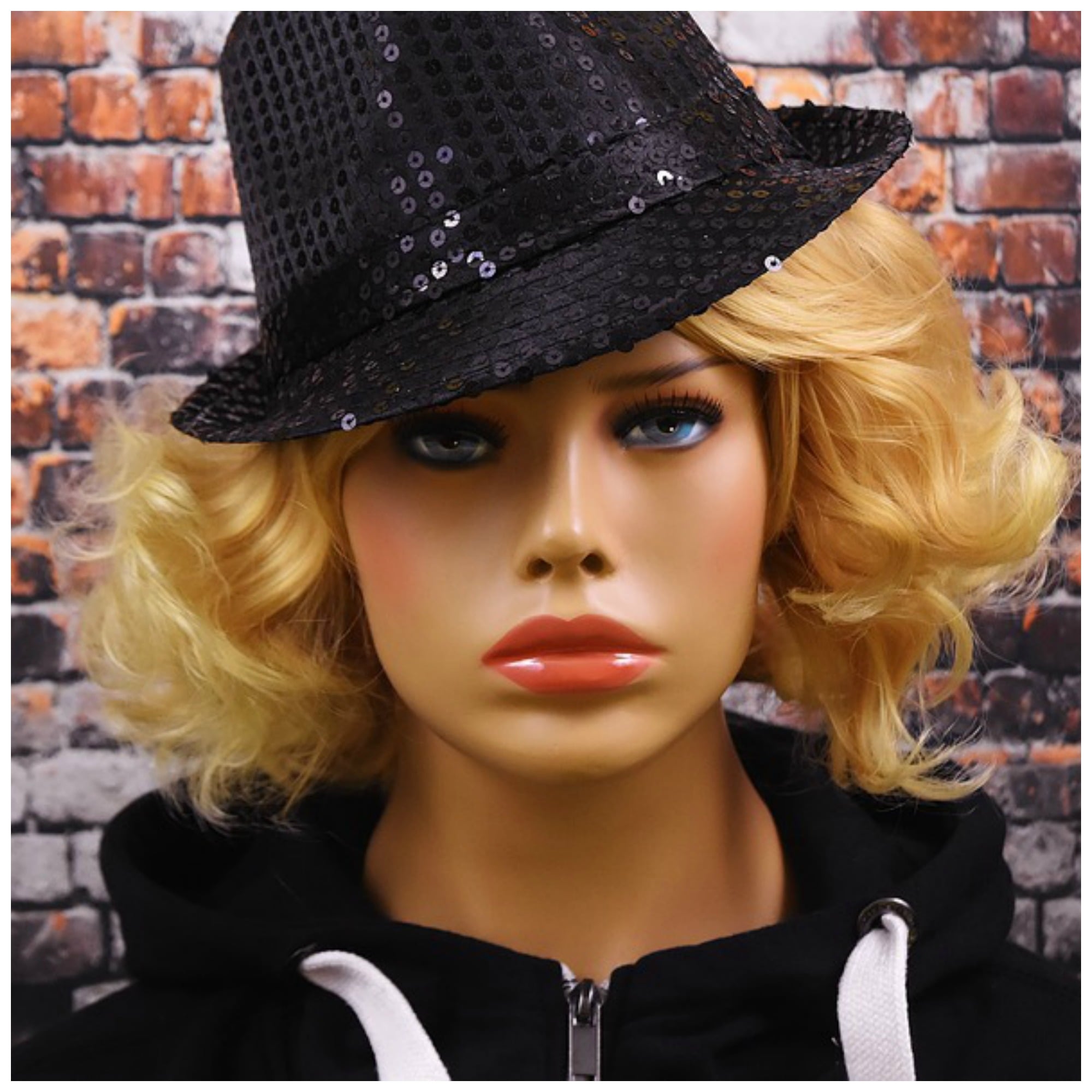 Why Do Women Hate Other Women?

I need to stress that I’m not a psychologist or a mental health professional. I learned everything from first-hand experience. Actually, I learned enough to write a book. So I did.

Here’s a link to my book on female malignant narcissists. It’s written from the perspective of a survivor. I don’t pretend to have all the answers as to why some women hate other women. Some of it, apparently, springs from envy. People who mistreat others aren’t happy with themselves. Otherwise, they wouldn’t behave this way.

The way I finally broke free from my perpetrator was through forgiveness. A former “friend” had turned my life upside down. She ruined a number of other relationships. (Adult female bullies undermine you with false rumors and innuendo.)

I also wrote a book on How To Forgive A Malicious Person. As you already know, narcissists hate to apologize. Given the prevalence of narcissism, I knew that many people are probably trying hard for forgive, but don’t know where to start. This book is designed to help you forgive, in the absence of a sincere apology.

Signs That You are In a Malignant Narcissist Friendship

Much of the first part of this article focused on the workplace. That’s because this is where adults congregate. So it’s a natural hunting ground for female bullies.

However, this same dynamic often plays out away from the office. Really, anywhere two or more women gather. So you may encounter malicious women in a new Mom’s club. You may meet them in a parent/teacher association at your child’s school. Or in a volunteer setting.

Ironically, I met my own adult female bully at church. Even at church, you have to be careful. I’ll go so far as to say church settings require special caution. That’s because morally disordered people flock to church. They like to use religion as a cover.

I do need to stress you’ll also meet lovely people at church too. I still go to church. But I’m much more careful than I used to be.

The same red flags you need to watch for in the regular world apply at church. Even more so. In fact, you may even find a special kind of church bully called a “covert narcissist.” These are the proverbial “wolves in sheep’s clothing.” They’re meek and mild on the outside. But don’t turn your back. Even for a second.

Covert narcissists appear saintly. That’s why they’re so dangerous. They twist otherwise innocent information into something sinister. Then they spread it, being very careful not to come off as “gossipy.” They may ask people to pray for you. Then they drop that little bomb designed to destroy you.

It’s sad that we need to be careful around other women. But we do. A documented rise in personality disorders is probably the reason why. One researcher named Dr. Jean Twenge, PhD. has concluded that narcissism is definitely on the rise.

Martha Stout, PhD has also studied anti-social behavior. She believes 1 in 25 people meet the clinical definition of anti-social personality disorder. This group includes high-functioning people who delight in hurting others. Unfortunately, all too many of us have met adult women who behave this way.

Adult female bullies are sneaky and devious. But their methods are remarkably predictable. My best advice (and remember I’m not a psychologist) is to learn all you can how they operate. Read books and visit online forums. (Just be aware that people with personality disorders also haunt these Internet venues.)

Dealing With a Malignant Narcissist

Dealing with the adult female bully in my life was extremely challenging. First, I had to recognize the problem. Female narcissists can be hard to spot. Also, since I met her at church, she was a classic covert. These are the “saintly” types. You’d never suspect they had anything but your best interests at heart.

They operate solely by relational aggression. Their number one goal is to isolate you socially. Then, they go for the kill.

Because they gain your trust, they know your weak spots. That’s where they strike. They do this without tipping anyone off. So everyone but you considers the bully a living saint. 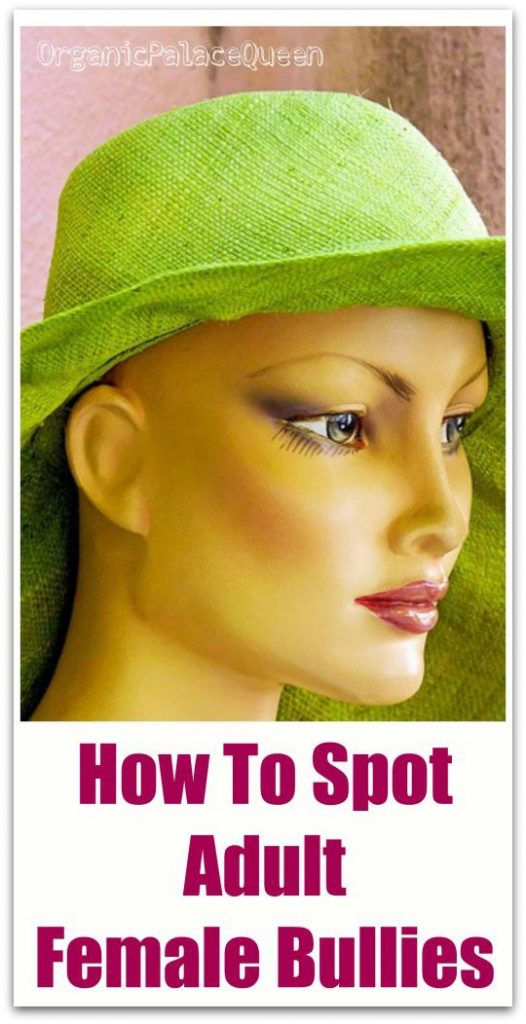