Classical Homeopathy Versus The Protocols 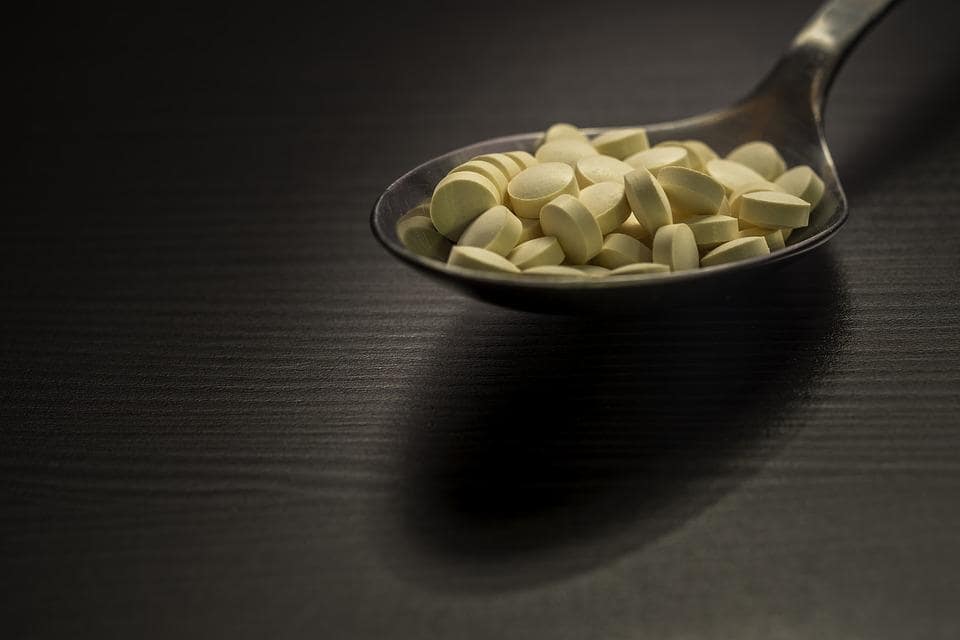 Should you spend time working with a classical homeopath?

Or should you skip the paid consultation?

Why not just do “The Protocols?”

In recent years there’s been a move to abandon Hahnemannian homeopathy, which involves giving one well-selected remedy that matches a person’s condition.

Instead, a lot of people are using “homeopathic” recipes, found on blogs and on social media.

Naturally, as a more traditional homeopath, I have a bias.

Why would I stop using this method for something else?

On the other hand, if there’s an easier way to get from Point A to Point B why not take it?

If there’s an exciting new way of using remedies shouldn’t we all pay attention?

Because homeopathy has to evolve.

I’ve spent the last few months trying to learn more about “The Protocols.”

Because everyone is talking about them.

But what I’ve learned so far is shocking, to say the least.

I strongly urge everyone else to do a lot of research before jumping into “The Protocols.”

Classical Homeopathy Versus the Protocols

It seems there are two kinds of “protocols.”

There are the real ones, developed at the Calcutta-based Banerji Clinic.

The clinic has an allopathic approach, but it uses homeopathic remedies.

However, it’s still not a homeopathic clinic, in the strictest sense. Because remedies are not chosen based on symptoms.

Also, the protocols don’t follow the homeopathic principle of the Minimum Dose. This means you use the lowest potency that will do the job, along with the least number of doses.

Instead, there are certain remedy mixes for specific conditions.

These are given in high or low potencies, on a set dosing schedule until the problem resolves.

Patients, from what I understand, are told to stop the remedies once they feel better.

The clinic employs a statistics-based approach, similar to allopathic medicine.

The Banerji Clinic is run by medical doctors. Prescriptions, from what I can gather, are based on medical tests.

Whenever someone refers to the Banerji Protocols, they should envision remedies being dispensed (by medical professionals) at the Calcutta clinic.

Then, there are the knockoff protocols.

These are the DIY recipes. They may be suggested by well-meaning friends. Or even by homeopaths.

Sadly, a very small number of “homeopaths” have gone rogue. Some of them are very good at marketing. This is why “The Protocols” get so much attention.

The Banerji name is tossed around a lot. Even without necessarily adhering to the protocols established by the clinic.

I’ve seen screenshots of some of these ad lib “protocols.” They are insane, to say the least, with anywhere from five to nine remedies. Follow-up instructions are vague as well.

I did try to interview someone from the Banerji Clinic. But I didn’t hear back. However, I have every reason to believe the clinic uses far fewer remedies per case.

Clinic patients are also followed closely, judging by a social media post, which appeared in response to a negative article on the Banerji Protocols, published in a major homeopathy journal.

I don’t want to insert a copy of the post here because it appeared in a private Facebook group.

But, in general, the poster from the Prasanta Banerji Homeopathic Research Clinic explained that multiple remedies are used. But not in excess. (So, in other words, probably not up to nine remedies at a time.)

The poster also explained that patient progress is tracked and protocols switched, if necessary.

Do The Banerji Protocols Work?

For better or for worse, the Protocols are now the entry point for many into “homeopathy.”

Why do I use quotation marks?

Because “The Protocols” are not homeopathy, which involves one well-selected remedy that closely matches someone’s state of health.

I do think the real protocols can probably help certain people, under specific conditions, such as those found in a clinic setting.

Yet, I can tell you, with a fair amount of certainty, that if you follow the random recipes on social media you probably won’t get better.

At least judging by follow-up comments. And judging from what I’m seeing in my own practice.

Right now I’m meeting people who tried various “protocols.” Typically these are suggested by friends. I’ve seen some pretty wild aggravations, which is no surprise, given the usual recommendations are to take multiple remedies in high doses for an unspecified period of time.

No responsible homeopath would suggest such a thing. Especially without knowing anything about someone’s history or sensitivity level.

Because in recent years, it seems as if the number of hypersensitive individuals has increased. I don’t know what’s causing this but I do know these people need to be treated with special care. This means no high-potency, multi-remedy prescribing. They can’t tolerate it.

It’s also possible the Calcutta clinic has a success rate that can’t be replicated everywhere.

Because people are different.

Climate, diet, stress level, medical interventions, prescription drugs, general overall health and something homeopaths call “miasms” all factor into treatment. If we have a different set of conditions in the West, maybe the same protocols won’t work as well.

Then your problems will magically disappear.

But homeopathy doesn’t work that way.

I wish it were as easy as just sticking to a formula.

Everyone could pop some pellets on a set schedule.

Unfortunately, though, this isn’t reality.

I’m not seeing increased wellness. Instead I’m noticing people getting sicker after listening to bad advice.

Part of popularity of “protocols” seems to spring from a DIY mentality. (Despite the fact the Banerji Clinic employs medical doctors.)

I’m totally in favor of all Moms learning everything they can about homeopathy.

So they can help themselves and their family.

I studied for years on my own, until my children were older.

Then I went back to school and became a homeopath.

Before that, though, I’d often hit the books to find the right remedy.

When I got stuck I called my homeopath.

But that’s not what’s happening now.

Instead, I’m seeing increased reliance upon DIY protocols. If one doesn’t work there’s always someone else to recommend adding more remedies to the mix.

I understand the reluctance to pay for a homeopathic consult.

But it’s not a good way to save money, in the long run.

Predictably, what usually happens is the DIY recipes fail.

So the person using them ends up seeking regular medical care, something they wanted to avoid in the first place.

Then, on top of that, they may also end up paying for a homeopathic consult, because now they’re dealing with totally unnecessary aggravations.

(In homeopathy an aggravation is a temporary increase in symptoms, caused by overzealous use of remedies.)

Instead, though, “The Protocols” seem to generate more clients.

Because the more traditional homeopaths see people who’ve tried high-potency remedies on their own, with bad results.

Often these folks take multiple high-potency remedies at once, which can send the vital force in the wrong direction.

This is when they typically reach out for help.

Homeopathy is very safe and effective. When used correctly.

But Dr. Hahnemann would be horrified at this latest trend.

He used one well-selected remedy that matched a person’s symptoms. The potency and repetition were chosen with care.

Nowadays, we have random strangers on social media recommending high-potency remedies for others.

Of course, this rarely yields the desired outcome.

Where To Learn More About The Banerji Protocols

So, do you still want to try the Banerji Protocols?

Perhaps you can try reaching out directly to the Banerji Clinic. See if they can work with you. Some say this should be a last resort because the clinic is very busy. But I’m just throwing this idea out there.

Probably a better option is to find a homeopath who uses the real protocols. (Someone who uses them exactly as they’re used at the Calcutta clinic.)

This is what Elaine Whalen suggests. A college professor and nutritionist from Northern Illinois, she spent years studying the Banerji Protocols, before enrolling in a traditional homeopathy school.

If you want to do the Banerji Protocols, she strongly advises working with a homeopath who doesn’t deviate from them.

It may take months to see results, she cautions.

So be patient and avoid the temptation to add on (new remedies), she says, either those you find by yourself or by working with a second homeopath.

The Protocols (in my humble opinion) are best suited for chronic problems. People with longstanding conditions are way past the DIY stage. They should be working with a homeopath anyway.

Acute illnesses such as colds, flu or cough respond really well to single remedies. Oftentimes, at least for me, just one dose of Ferrum Phos taken at the VERY FIRST sign of a cold knocks it right out.

So no need for a fussy, multi-remedy protocol. (Which often don’t work anyway, from what I see on social media.)

In any event, “The Protocols” don’t seem to be designed as a DIY program.

A handful of homeopaths may promote them as such.

But they’re doing a grave disservice to their clients, as well as to the wider homeopathic community.

Plus, anyone who tells you to take multiple remedies (sometimes in extremely high potencies) for a set amount of time isn’t practicing homeopathy.

They may call themselves “homeopath.”

But they violate every tenet of the profession.

How Classical Homeopathy is Different From the Banerji Protocols

Classical homeopathy has a long track record. But it’s not perfect.

The skill level among homeopaths varies.

I’ve worked with some amazing homeopaths. They’ve helped my children so much that I decided to become a homeopath myself.

Once you experience the true power of this amazing healing modality you’re hooked.

However, we’ve also met homeopaths who didn’t help us.

The best way to find a homeopath is through word of mouth. Ask your friends. Or inquire at your local health food store. This is an earlier article I wrote on the best ways to find a good homeopath.

This means you find a single remedy that matches a person’s state.

Given in crude form, the remedy would cause the same symptoms you want to get rid of.

But highly diluted little to nothing remains of the original substance, except for the energetic imprint. This is why homeopathic remedies are safe.

The Banerji Protocols are not homeopathy.

Multiple remedies are used. Treatment is based upon a diagnosis, instead of symptoms.

I’m not saying “The Protocols” are worthless. But I don’t think they’re designed for DIY healthcare. Because no one should be taking repeated doses of high-potency remedies without professional oversight.

I could also make the case the vast majority of people shouldn’t take repeated doses of high-potency remedies period.

However, if you still want to go the protocol route, work with a professional.

Avoid practitioners using the Banerji name who make up their own protocols and tell people to take a ridiculous amount of remedies at once.

Because this isn’t homeopathy. It’s experimentation. Plus it’s grossly overpriced.

Stay away from it.

For the sake of your wallet and your health.