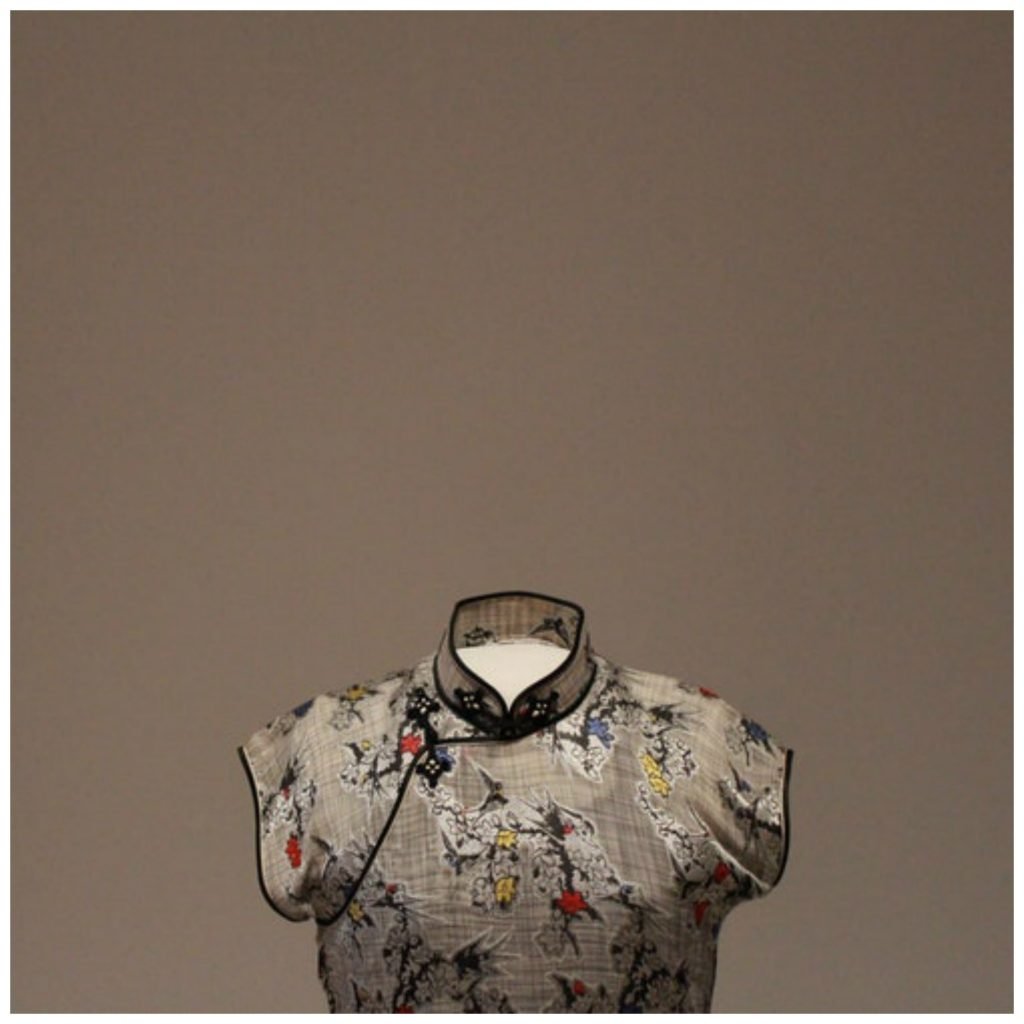 Not all narcissists fit the common stereotype. It’s true that many of them are so grandiose you can spot them from outer space.

But there’s another type of narcissist. These folks come across as meek, mild and unassuming.

Coverts may dress like a church mouse. Their hair may be disheveled. They sit on the sidelines and seem to shun the limelight.

It appears as if they don’t have a competitive bone in their body. Instead, it seems, they live just to cheer others on.

But appearance are deceiving.

Behind the saintly mask is a highly competitive person. Also, a highly entitled person. And one with weak morals.

This means she will lie, steal and cheat to get what she wants. Because she thinks she deserves it. (Just like other narcissists.)

Coverts hide their disorder so well. Usually, we have no idea we’re dealing with a dangerous person until she does a lot of damage.

Let me state upfront that I’m not a mental health professional. I learned about covert narcissism the hard way, through first-hand experience.

Later this deceptive disorder was explained to me in detail by a relative, who is a licensed therapist.

Coverts can be extremely hard to spot. Even for trained professionals. So don’t be too hard on yourself if you’ve been taken in by one.

Malignant narcissists are not like everyone else. At the first encounter, they size you up. They assess your strengths and weaknesses They determine what psychological triggers to use. Narcissists are deficient in normal human emotions. But they know how to mirror our own back to us. To develop an instant rapport.

Coverts do this even better. Because they have a really good disguise – meek, mild and unassuming.

That’s how coverts easily gain our trust. Because they come off as very trustworthy. They pretend to have your best interests at heart. So you spill your soul. (Yes, I made this mistake too.)

Any information in the hands of a malicious person is dangerous. Personal information all the more so.

It’s one of those cases of live and learn. Nowadays, I am VERY careful about sharing information with someone I don’t know well. Until they gain my trust.

We shouldn’t have to be on such high alert. But the reality is that we need to. Some of us are better than others attracting disordered people. (I excel in that area.) So I have to be careful not to invite any more malignant narcissists (especially coverts) into my life.

Just to be clear, everyone has some narcissistic traits. We all fall somewhere on a spectrum. At the far end are the dangerous, malicious people who go out of their way to hurt others.

These folks are often called malignant narcissists. The person who first describe this disorder in the 1960’s called it the “quintessence of evil.”

That’s a good description. Narcissists are evil doers. They gain your trust. Then they betray you. They likely have a long history of doing this to others. Rinse and repeat. They’ll find another victim as soon as they finish with you.

Covert narcissists do all of the above. Except that you don’t see it coming. You trust them. Because they’re so unassuming. So you give them access to your life.

Ironically, sometimes you let a covert into your life because they seem a little out of place. You feel a little sorry for them. So you “befriend” them.

I can’t stress enough just how dangerous a covert narcissist can be. Because it’s difficult for most people to see past that innocent exterior.

Covert narcissists are highly destructive. Regardless of whether it’s a romantic relationship. Or just a platonic friendship.

Part of the reason is that they try to ruin your other relationships. Or your job. Or your entire life.

What makes them more dangerous than the average, run-of-the-mill narcissist?

Their saintly cover. Narcissistic abuse generally doesn’t happen without one or more enablers. These are weak-willed people who watch it unfold.

Enablers may see themselves as neutral. But they’ve taken a side. The narcissist’s side. All an enabler would have to do is say, “Knock it off.” The abuse would stop. Instead, they let it play out.

Coverts are very good at getting people to side with them. Because of the “I’m a good person” mask they wear.

That’s why, if you’re targeted by a covert at work, you often find yourself our of a job.

In a social setting, it’s time to move on. People won’t support you. Because the covert has convinced everyone else that you’re bad.

How To Spot A Covert Narcissist

I wish I had an easy fool proof way to spot a covert. I could save everyone a ton of trouble. Because the best way to deal with a narcissist is never at all.

Unfortunately, coverts can fool trained professionals. They can also fool people who aren’t mental health professionals, like me.

From my personal experience, the best defense is to know they exist. Be warned that the saintly looking woman you meet at church could have a dangerous personality disorder. Even though she dresses frumpy. And happens to devote a lot of time to volunteer work.

Realize that things are not always as they seem. Narcissism can present itself with different disguises.

Please understand I’m not a trained mental health professional. They don’t believe there’s a fool proof way to spot a dangerous person. Neither do I.

But here are some things I’ve learned from personal experience:

This is an unscientific list of some things that may be a tip off. I can’t guarantee it will keep you narc free. But I believe it’s a fair overview of covert narcissism.

Coverts can be either men or women. Male coverts come across as the nicest, most genuine people you’d ever want to meet. Too good to be true. Because that’s what they are.

How To Deal With A Covert Narcissist

The best way to deal with a covert is not to deal with them at all. Your best defense is to know they exist. That awareness alone may spare you from a devastating encounter.

Coverts catch us off guard. Because we don’t expect mild unassuming people to be dangerous. That’s what tripped me up too.

Now I know better. So I’m on high alert when I meet a new person with the same characteristics.

Knowing about coverts prevented a lot of misery when I later met one. Right away, I saw the red flags. But I didn’t want to jump to conclusions.

So I let it play out a little. Just to be sure.

Here’s where it gets interesting. Narcissists have an uncanny ability to read us. They seem to sense when we know they’re phonies, hiding behind a saintly facade.

Narcissists are terrified of being exposed. So they may do a quick exit and end the relationship.

This is the best thing that can happen. Trust me.

Below are two books that I’ve written on malignant narcissism. Knowledge is power.

I’m not a mental health professional. Everything is written from personal experience and is not meant as counsel or advice. 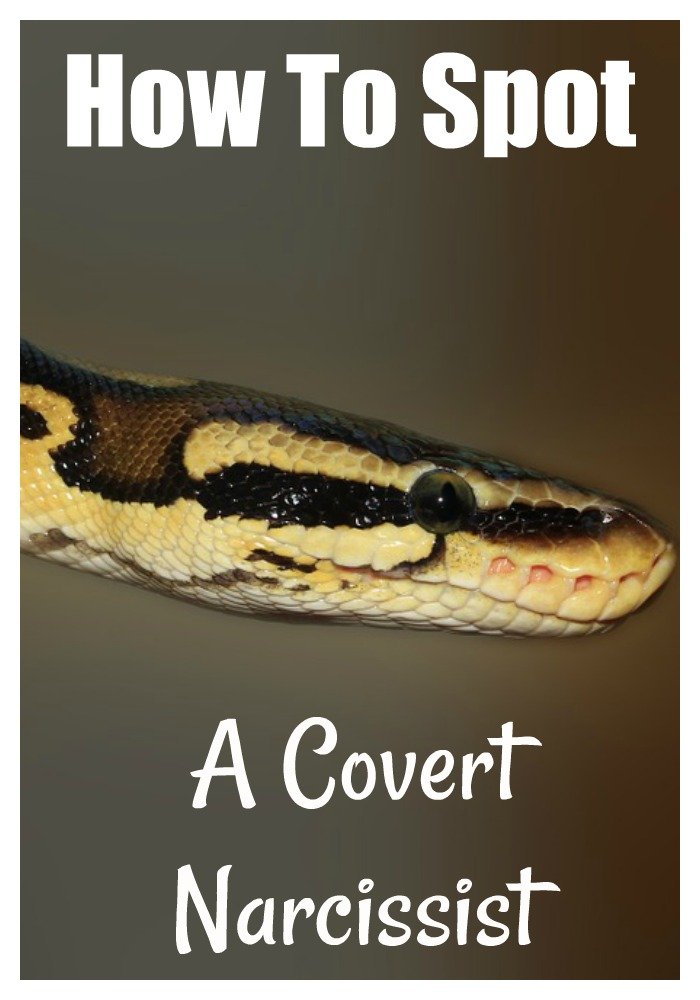