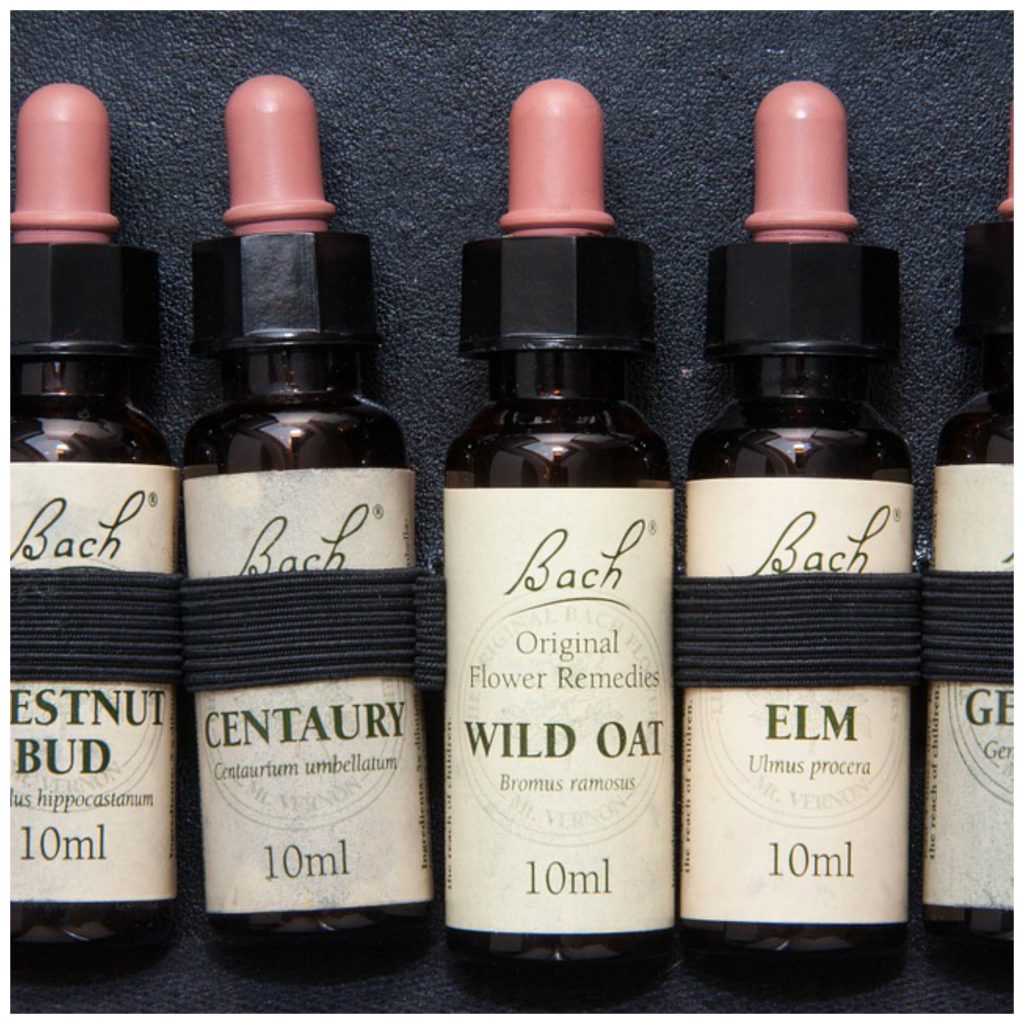 Do Bach flower remedies really work? The answer is an astounding “yes.” At least they do for me.

Although I’m not a professional homeopath, and I can’t give medical advice, I can share my own experience with Bach flower remedies.

I learned about these homeopathic flower essences when my children were little. Both of my children developed chronic health problems during their toddler years. Quickly, I became disillusioned with mainstream medicine. Regular doctors didn’t offer a solution.

So, instead, I delved into alternative medicine. My children responded so well to homeopathy, as well as to diet changes and other forms of holistic healing. One of the things I learned about was Bach flower remedies. The chiropractor we were seeing at the time told me about them. “They’re amazing. You’ve got to try them,” he insisted.

Our chiropractor was practically giddy over Bach flower remedies. Since he knew a lot about natural health, I decided to do some research. I learned that these remedies (also called essences) were created by a famous British homeopath. His name was Dr. Edward Bach, MD.

He was trained as a medical doctor. But a life-threatening illness pushed him in another direction. As a young doctor, he was diagnosed with terminal cancer. Thinking he had just a short time to live, he threw himself into research. That’s because he wanted to use his remaining time to leave a legacy.

Much to everyone’s surprise, including his own, the cancer went away. Dr. Bach became a believer in the mind/body connection. He was convinced that living for a purpose saved his life.

Dr. Bach branched out into homeopathy. This is a form of medicine developed in Germany, more than 200 years ago. It works on the principle of like cures like. Modern homeopathic remedies are made from highly diluted poisons. Taken full strength, they’d create a certain set of symptoms. But, diluted beyond recognition, they appear to leave a homeopathic “signature.”

Taking a remedy that matches your symptoms helps the body heal. At least that’s the theory behind modern homeopathy. However, from what I’ve read, Dr. Bach became disillusioned with regular homeopathy too. That’s because it can cause uncomfortable “aggravations.” This means the symptoms you’re trying to get rid of can intensify, before they go away.

Also, regular homeopathy is not user friendly. It requires precision and skill. It’s nearly impossible for someone to choose the right remedies, without professional help. One of the beauties of Bach flower remedies is that you can choose them yourself.

The very first bottle of Bach flower essences I purchased is a formula known as Rescue Remedy. It’s by far Dr. Bach’s most famous creation. It’s a blend of five flower essences that together are believed highly effective for alleviating shock and trauma.

I took Bach Rescue Remedy during a very stressful time in my life. My dear grandmother, whom I loved so much, was dying. She required full-time care, at home. Keeping her out of a nursing home was something we wanted to do. She was terrified of these facilities. But it took a toll on the family.

So, one evening, when things were particularly stressful, I took a few doses of homeopathic Rescue Remedy. This brought immediate relief. I stayed calm until I took one too many doses. Now I know better. My body usually needs just one dose of Rescue Remedy. For me, taking extra doses will increase my anxiety. My own homeopath agrees. She says just take one dose of any remedy, and hold off on another, unless there’s a clear need.

I’ve owned the same bottle of Bach Rescue Remedy for well over a decade. It still works. This is a remedy I always want in the house. I still use it during periods of extreme stress. It works so well.

Bach Flower Remedies Do They Work?

What Are Flower Essences and How Do They Work?

I’ve used several other different Bach flower remedies and they also seemed to do the job. I’ve found that I only have to take a few doses, regardless of what it says on the bottle. Below is a short description of some of the other 38 Bach flower remedies. These remedies are designed to be mixed together, if necessary.

Mimulus – This may be a good remedy for someone with identifiable and known phobias, such as spiders, dark places and speaking before a crowd. (You can get it here)

Aspen – This, on the other hand, is considered better for people with vague fears that can’t be pinpointed. (You can get it here)

Centaury – This for those people known as “empaths,” those kindly souls who can’t say “no.” People with these character traits may have been bullied. (You can get it here)

Leave a Comment
Previous Rescue Remedy for Shock
Next How Homeopathy Can Help You Sleep?