Do We Place Too Much Trust in Oncologists? 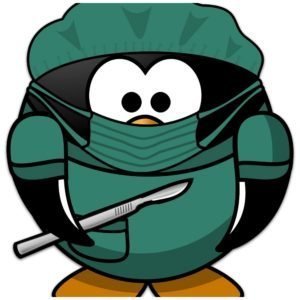 The war on cancer was launched decades ago. Yet we’ve made little progress.

Cancer now strikes more than 1.6 million people a year in the United States alone. The death toll is horrendous. Chances are, right now, you know at least one person dying of cancer, even after undergoing conventional therapy. As you know, these treatments come with unpleasant side effects, including hair loss and nausea.

Regardless of how well conventional cancer treatments work, it’s a known fact chemotherapy and radiation generally do not cure advanced breast, lung, prostate and colon cancer. So, perhaps, a new way of approaching this disease is desperately needed.

A growing number of people now seem to be looking at cancer much differently. One of the most outspoken is cancer crusader Ty Bollinger, who’s written a book called Cancer: Step Outside the Box.

Since I’m writing about a potentially deadly disease, I need to stress that I’m not a doctor. So I can’t give medical advice. I encourage anyone with health concerns to work closely with their physician. Please do not neglect getting needed treatment because of anything you read on this site.

This article is written for information and discussion purposes only. It represents my personal opinion only.

I also want to tell my readers about two books written by people who’ve become natural cancer authorities. They are not medical doctors. But they have thoroughly researched this topic, and offer a completely different perspective.

Cancer Care and the Pharmaceutical Industry

Most oncologists practicing at mainstream medical centers were trained in the pharmaceutical model. They first learn this system in medical school. The  institutions themselves are geared toward treating symptoms with prescription and over-the-counter drugs.

When these drugs cause side effects, the solution is often to give another drug to counteract the effects of the first.

The studies read by oncologists, upon which they base their treatment plans, are funded by the drug companies, either directly or indirectly. So it’s no surprise the chemotherapy is typically recommended for cancer.

Is There a Cure for Cancer Yet?

Because of FDA regulations, oncologists can only legally prescribe what are called “proven” treatments. This generally includes surgery, radiation and chemotherapy drugs. These have been subjected to controlled studies.

Do We Place Too Much Trust in Oncologists?

Anything else will be called “unproven.” However, there’s also little incentive for anyone to sponsor a large clinical trial of a non-toxic substance such as an herbal remedy. That’s because it would be difficult to patent and profit from such a product.

Also, many people are not aware of how oncologists are compensated. A large part of their income is derived from selling oncology drugs to patients. (This is not an opinion, but a fact. It’s one of the few instances in which doctors profit directly from drugs.)

Is There a Cure For Cancer Yes or No?

Personally, I have the utmost respect for one natural cancer crusader named Ty Bollinger. He wrote the popular book below, which has been republished in multiple editions. This book was written after Bollinger lost numerous relatives to cancer.

Naturally, Bollinger views mainstream cancer treatment in a much different light than most people, as you can probably guess from the title of his book, Cancer: Step Outside the Box. This 534-page book is filled with information on alternative cancer therapies.

Cancer Step Outside the Box Book

A New Way of Looking at Cancer

Alternative practitioners, in general, see cancer as a disease process caused by toxic overload and nutritional deficiencies. The treatments they prescribe are aimed at correcting these imbalances, and restoring a person’s health.

A proper diet is the mainstay of most of these treatment plans. This is typically coupled with a detoxification program, along with supplements to boost the immune system.

Is There a Cure For Cancer But Hidden?

Unfortunately, there are no double-blind controlled studies looking the survival rate of patients who’ve chosen a purely alternative route to treat their tumors, versus those who embark upon conventional medical procedures. Again, most of the studies published in medical journals are conducted at cancer clinics tightly bound to the pharmaceutical firms.

It would also be difficult finding enough patients who turn down surgery, chemotherapy and radiation for a more natural approach.

So, all we have to go on are the testimonies of people who’ve beat their cancer with unconventional means.

Please understand that I’m not promising anyone a cure for cancer. But some people may want to do their own research, in order to broaden their perspective. If that’s the case, here’s another good book called Outsmart Your Cancer. It’s written by a woman named Tanya Harter Pierce. She was also inspired to explore alternative cancer treatments after a relative was diagnosed with the disease, according to her website.

Many people look up to oncologists as authority figures. In my own humble opinion, this profession has created for itself a cult-like status, in which desperate patients turn to these doctors for physical healing and emotional support.

I have no doubt that most oncologists are truly concerned for their patients. However, in the United States, the system is structured so that it’s difficult to obtain (or even learn about) non-toxic cancer treatments, some of which have a long history of use.

The author of this article bears no responsibility for treatment decisions or outcome.

How Oncologists are Paid

Who Pays Your Oncologist?

Leave a Comment
Previous Should You Take Vitamins Or Not?
Next Natural Remedies For Cold and Flu Season