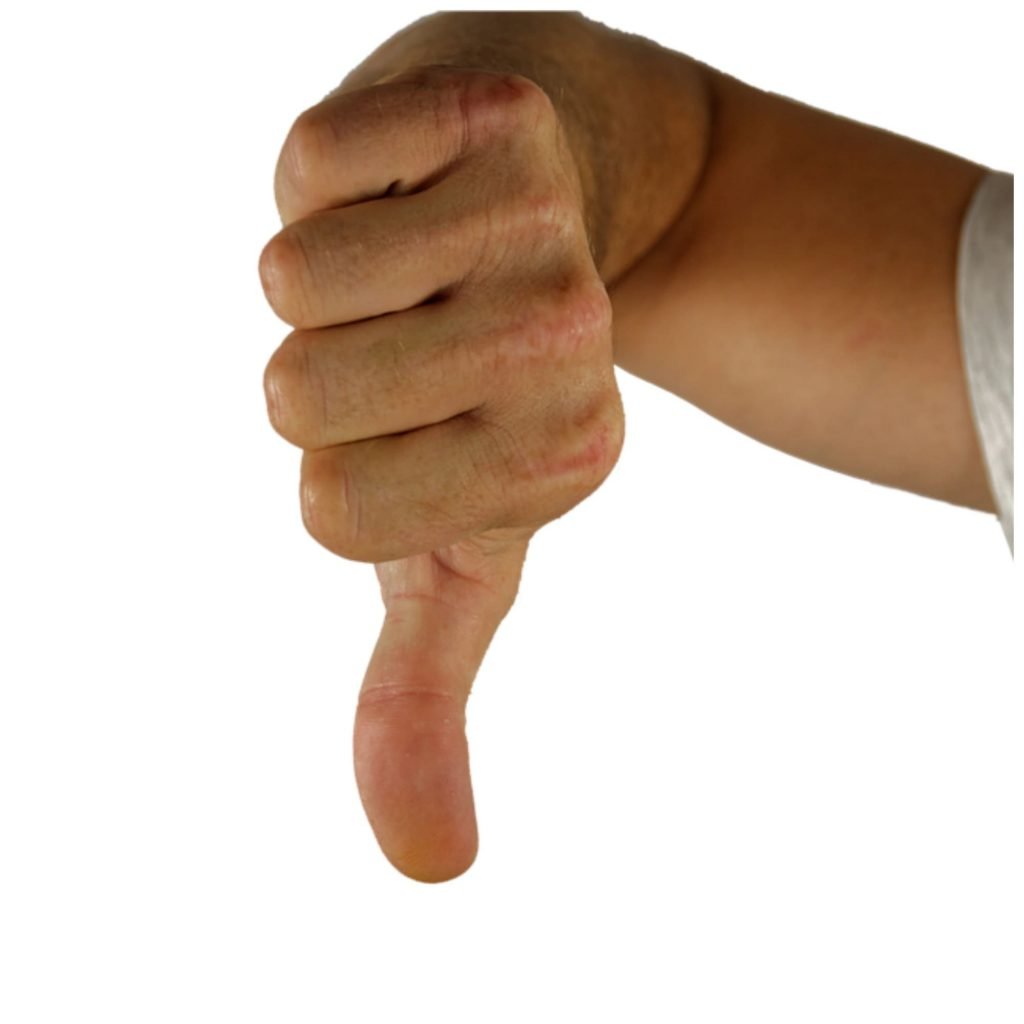 Does anyone not like the Instant Pot? It doesn’t seem like it, judging by the number of glowing reviews.

But a few of us, anyway, don’t plan to buy one of these fussy pressure cookers, even though they can allegedly do virtually everything, except change the oil in your car.

The Instant Pot is a very sophisticated device. It has a ton of options and settings. You need to learn how to use it. That’s why people have created entire courses on Instant Pot cooking.

This steep learning curve is this is just one of the reasons I’m not getting an Instant Pot.

However, there are other reasons I’m not jumping aboard the Instant Pot craze. Let me explain.

Why I’m Not Getting an Instant Pot

Here’s one reason I’m not getting an Instant Pot. I already own a perfectly good non-toxic lead-free slow cooker. It works beautifully. I don’t need to fuss with settings. I don’t have to worry the lid will blow up in my face, if I open it too quickly, before the pressure is released.

Cleaning my clay cooker is easy. I just wash the clay pot and cover, dry them and return them to the cooker. There are no silicone sealing rings to soak in between uses. Have you heard about the Instant Pot sealing rings? Keep reading. I’ll tell you I’ve learned about the silicone sealer rings. These rings, for me, are the deal breaker.

I own a hardy VitaClay slow cooker. Even if it stooped working today, though, I probably wouldn’t get an Instant Pot. Because of those silicone rings.

There’s some debate that silicone, at high temperatures, may release chemicals. (For this reason, I also don’t use silicone baking pans or spatulas.) The little evidence we have on heated silicone is far from conclusive. But until more research is done, I’ve personally decided not to let heated silicone anywhere near my food.This includes Instant Pot silicone rings.

I’m in love with my VitaClay slow cooker. I bought it a few years ago.

This was after an extensive search for a non-toxic crockpot-like appliance. I worried that ceramic-glazed slow cookers could contain lead. Especially if they are made overseas. I didn’t want to take a chance that I’d be cooking with lead, and then serving these meals to my family. (However, some people believe this is only a problem with some older slow cooker models.)

So I started searching for a non-toxic option. This led me to the VitaClay slow cooker. The inner pot is made from clay, which is non-glazed. So that solves the problem of lead glazing.

The type of clay used is known as Zisha clay. It’s long been used for cooking in China. I was concerned the clay used is mined in China. That’s because this country is not known for its stringent safety standards.

However, the company that sells these cookers says that they’re certified as lead free, and that they meet “California’s Proposition 65 safety standards.”

I was still a little concerned about the fact this clay comes from China. But the VitaClay slow cooker seemed to be the least problematic slow cooker I could find. Clay has been used for ages in cooking vessels, and is reputed to result in more flavorful food. Below, you can see what my VitaClay slow cooker looks like.

Is An Instant Pot Necessary?

So, for me, I feel having an Instant Pot is totally unnecessary. Primarily because I own a VitaClay slow cooker. However, judging by the enormous popularity of Instant Pots, I feel like I’m in the minority.

I love my clay cooker. I love the fact that it’s (as far as I can tell) the least toxic option I was able to find.

In our house, we eat a lot of real food. Actually, real food is all I try to eat. I have a very painful nerve condition. However, I’m careful to manage it. So, right now, I hardly feel any pain. Clean eating is a big part of this management.

A slow cooker is so helpful. Especially in the summer, when I don’t want to heat up the house. It makes eating real food so much easier. For me, takeout food is not a good option, when it’s too hot to cook. I use my slow cooker just as much in the summer as I do when it’s cold.

As you know, slow cooker food is also great in the winter, when you want a warm hardy meal. And in the spring. And fall as well.

Is The Instant Pot Non Toxic?

The Instant Pot pot is made from stainless steel. This is a good option. I’d much rather cook with stainless steel than ceramic, potentially glazed with lead. But, fortunately, I’m really happy with my VitaClay slow cooker.

That’s because I know it’s not made with any potentially hazardous material. Typically, the inexpensive slower cookers have ceramic pots. The big concern is that they could contain a lead-based glaze. However, this is a contentious issue. I’ve seen published online articles stating this isn’t a concern. However, I’ve seen other published reports saying the opposite, that some ceramic-glazed slow cooker pots may have lead glazes.

If you’re in the market for a ceramic-pot slow cooker, my best recommendation is to call the company that makes them. Ask to see test results. Lead is a substance that’s never safe, even in small amounts.

Modern ceramic cookers are probably safer than some of the older models. But it still can’t hurt to contact the manufacturer, before buying. If it were me, I’d stay away from brands with no name recognition, especially those sold in discount stores.

Is the Instant Pot Made from Stainless Steel?

I’m comfortable with the Instant Pot stainless steel cooking pot. But I’m not comfortable with the silicone rings that seal the lid of the cooker. You can see for yourself in the video below what they look like. I’m told the rings do come into contact with the inside of the pot, where food is cooking.

The Instant Pot typically isn’t filled all the way with food and liquid. So the food doesn’t technically touch the rings. However, the pot is filled with pressurized steam. And steam can’t be contained. The silicone rings need to be cleaned after the pot is used.

Silicone is considered safer than plastic. Plastic is bad news, in terms of potentially leaching into your food when it cooks. That’s why I’d never consider using those plastic crockpot liners. The last thing I’d want to do is serve my family food cooked in plastic.

However, whether silicone leaches at high heat is still an open question. I’d need to see the results of multiple independent studies showing that silicone heated to high temperatures doesn’t leach chemicals. Only then would I consider cooking with it, maybe. I say “maybe” because there are other options that I know are safe.

Do the Instant Pot silicone rings come into contact with the pressurized steam? Unfortunately, they seem to. Since I don’t actually own an Instant Pot, I can only go by what I hear from others. It appears the steam that cooks your food will reach the rings. (I also called the company customer support directly for information.)

Online, complaints abound about how these rings take on the smell of whatever’s been cooking. These complaints are typically posted by Instant Pot owners (and lovers). The rings can then pass this odor along to the next batch of food.

Some Instant Pot users have found a way to deal with the absorbed food odors. They buy multiple rings. They use certain rings for meat-based dishes. They use others for desserts, and other recipes that shouldn’t smell like meat.

There are also various ways to clean these rings, in order to remove the odor. One way is soaking the rings in vinegar and water. Another is putting vinegar and water into the Instant Pot itself, and

But the big problem for me is the potentially leached silicone. This is the number one reason I don’t want an Instant Pot. I’d take leached silicone any day over leached plastic. But, really, I’d prefer neither.

Other Potential Problems With the Instant Pot

Please understand that these “problems” I’m describing may not be problems to anyone else. But they are to me. So here are more reasons why I’m not buying an Instant Pot.

For More Reading on Silicone 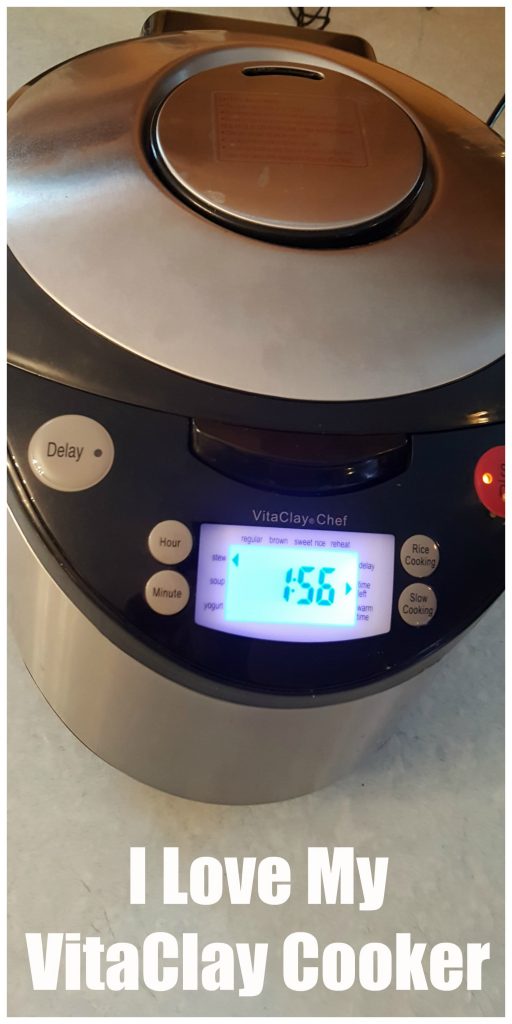 Leave a Comment
Previous What Happens If You Stop Drinking Milk?
Next Why Did The Narcissist Choose Me?