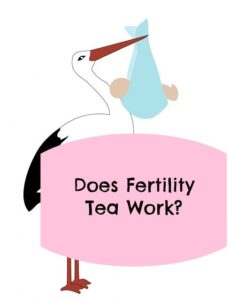 About 1 in 10 couples have difficulty conceiving or carrying a pregnancy to term. Oftentimes, they turn to reproductive endocrinologists.

This is a huge industry, and tales of profiteering are rife. Americans alone spend an estimated $2 billion a year trying to get pregnant.

But there are other options you should know about, including a natural herbal remedy called Fertilitea.

My own children did not arrive until the seventh year of my marriage. So I have first-hand experience in the struggle to conceive.

Women are often pumped full of fertility drugs, which can have negative long-term health effects, for both mother and baby (or babies). Some studies have found that Clomid, a popular fertility medication, likely increases the risk of ovarian cancer in women who’ve taken it for longer periods of time. Multiple pregnancy also increases the risk of prematurity, which can result in developmental problems.

Some couples may find certain treatments morally unacceptable, or in conflict with their religious beliefs. Others may not want to undergo the grueling regimen of IVF, with its very uncertain outcome.

Fortunately, thanks to the Internet, it’s easy to access information that may offer a gentler, easier and safer approach to parenthood. However, I do need to point out that I’m not a doctor. So I can’t give medical advice. I also want to stress that I’m not claiming any particular product will lead to pregnancy, and I’m not responsible for treatment decisions or outcomes.

But I can share already published information on a more natural approach to potentially increasing fertilty, such as Fertilitea with Vitex.

Herbal fertility supplements, including Fertilitea, seem to be an increasingly popular alternative.

The total ingredients in Fertilitea, developed by a fertility doctor, are chasteberry, green tea, red raspberry (used for centuries to support female reproduction), ladies mantle, peppermint and nettle. Many herbalists recommend nettle to modulate the immune system and calm the allergic response. 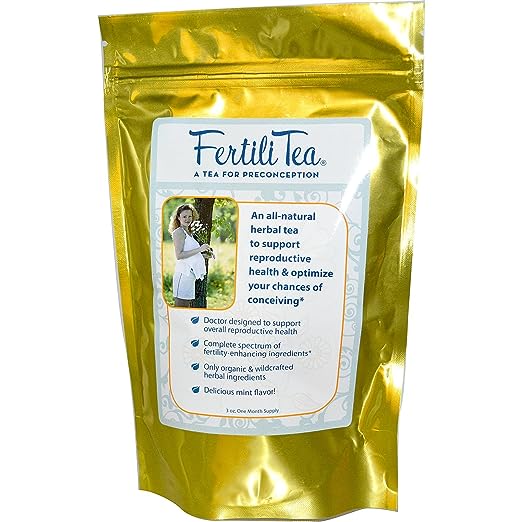 Taking Vitex to Get Pregnant

There is also another good product I want to tell you about. It’s called Fertility Blend.

In a 2006 study, published in an a gynecology and obstetrics journal, researchers looked at Fertility Blend, an herbal supplement containing Vitex, green tea and an amino acid, as well as vitamins and minerals. The women who participated were between the ages of 24 to 42, and had been trying to conceive for three years or less.

It was shown that women taking Fertility Blend had higher levels of progesterone, also known as “the pregnancy hormone,” compared to women in the control group. After three months of taking these herbs, 26 percent of the women became pregnant. This compared very favorably to those in the control group, who only took a placebo. After taking the supplement for an additional six months, the total pregnancy rate was 32 percent. 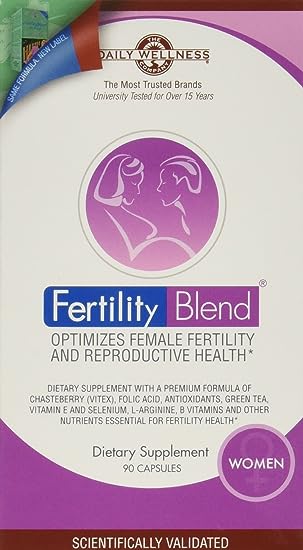 The two herbal supplement shown above is made for women, and it contains vitex, green tea, minerals and vitamins. It also contains L-arginine, which supports both male and female reproduction.

This company also makes a special fertility blend for men. This contains the amino acid L-carnitine, as well as other nutrients and minerals.

These statements have not been approved by the FDA. These products are not intended to diagnose, treat, cure or prevent any disease. People with health concerns should discuss them with a doctor. Women who are pregnant or nursing should not take herbal remedies, unless under the direction of a health care professional.