Does Hair Dye Cause Cancer?

Many women color their hair, either to change their shade or camouflage the gray. But they may be putting their health at risk.

If you use chemical hair color, you’re putting a toxic witches brew on your scalp, especially if you live in the United States. Questionable hair dye ingredients, banned in the European Union, are allowed here.

Some of the compounds found in these products are known allergens. At least one is a suspected carcinogen. Studies have shown this ingredient causes cancer in laboratory animals, and to potentially raise the incidence in humans as well.

Fortunately, there are safer ways to color your hair. Going gray or living with your natural color is certainly one option. Or, if you don’t want to do that, you can find hair dye that is totally plant based, without added chemicals or heavy metals.

Does Hair Dye Cause Cancer?

One of the chemicals found in commercial hair dyes is phenylenediamine or PPD. This compound is widely used to make synthetic fabrics. Because it darkens when exposed to air, it’s also used in hair dyes to hide gray.

Does PPD in Hair Dye Cause Cancer?

There’s evidence that PPD is toxic. It’s been tentatively linked to various types of cancers, including leukemia, bladder cancer, multiple myeloma and non-Hodgkins lymphoma. I do need to point out though, that more studies are needed. The jury is still out as to whether chemical hair dyes lead to cancer in humans. (But I’m deciding, right now, to play it safe and use only plant-based products to color my hair.)

Of additional concern is PPD’s ability to trigger allergic reactions and asthma attacks. In 2006, the American Contact Dermatitis Society gave it the dubious distinction of “Allergen of the Year.”

Cases of severe allergic reactions have been reported after exposure to PPD. Once a person has become sensitized to PPD, they typically remain so for life. Hair dyes with PPD typically come in a package with two bottles that must be mixed together just before use.

Much safer options exist, as you can see below. Rainbow Henna is the brand that I use. It’s made entirely from plants, and it really works. Unlike chemical hair coloring, henna doesn’t strip your hair. Instead, it conditions it and temporarily adds volume. I notice that, for a few days after using henna , my hair looks and feels thicker than it normally does. So I try to do my henna treatment just before a special event, or when I want to look my best.

My hair is naturally dark brown. So I use the Persian Dark Brown Sable coloring you can see on the left. But Rainbow Henna comes in different shades, including light brown, medium brown, blond and red. 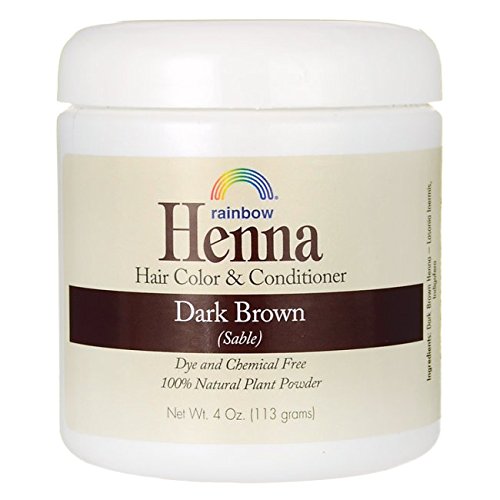 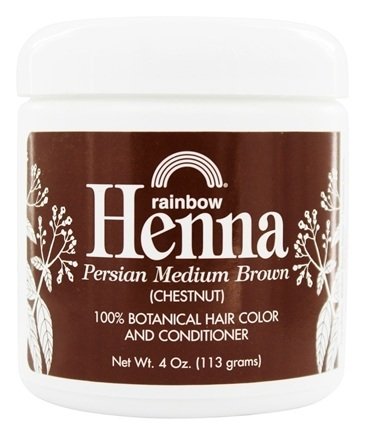 In the United States, lead acetate is included in dyes designed to cover gray gradually, building color with each use. The lead in these products is not absorbed into the body, according to the FDA.

But here’s some alarming news. One study found lead was left behind on user’s hands, after the color was applied. These findings, which appeared in the Journal of the American Pharmaceutical Association, were widely reported by the mainstream press. The paper warned against using the dyes and then touching food or other items that could be used or consumed by children.

For all of the above reasons, this is why I like to tell my readers that natural hair dyes exist. Even though I was a little skeptical at first, I’ll never use chemical coloring again. For one, henna works just as well as the chemical concoctions I used to put on my head. Also, henna is good for your hair.

Henna has been used for thousands of years as a beauty aid. The Lawsonia shrub, which grows in the Middle East and parts of Asia is the source of henna. Pure henna has a reddish tint and will color your hair red. That’s why indigo, also derived from plants, is added for the brown hair dye, which I use.

Natural henna is safe and non toxic, as long as no chemicals or heavy metals are added to the mix. That’s why it’s important to find a brand of henna you trust, from a company who can assure you their product is 100 percent pure.

Rainbow Henna uses only plant material in all of its shades. Henna has the added advantage of conditioning and adding volume to your hair. For about a week after a henna treatment, my hair has more body and shine. I’m so happy to have discovered Rainbow Henna. I found it after using another brand that left my brown hair red and brassy looking.

Leave a Comment
Previous Starting A Natural Medicine Cabinet
Next Can You Get Rid Of Cavities On Your Own?