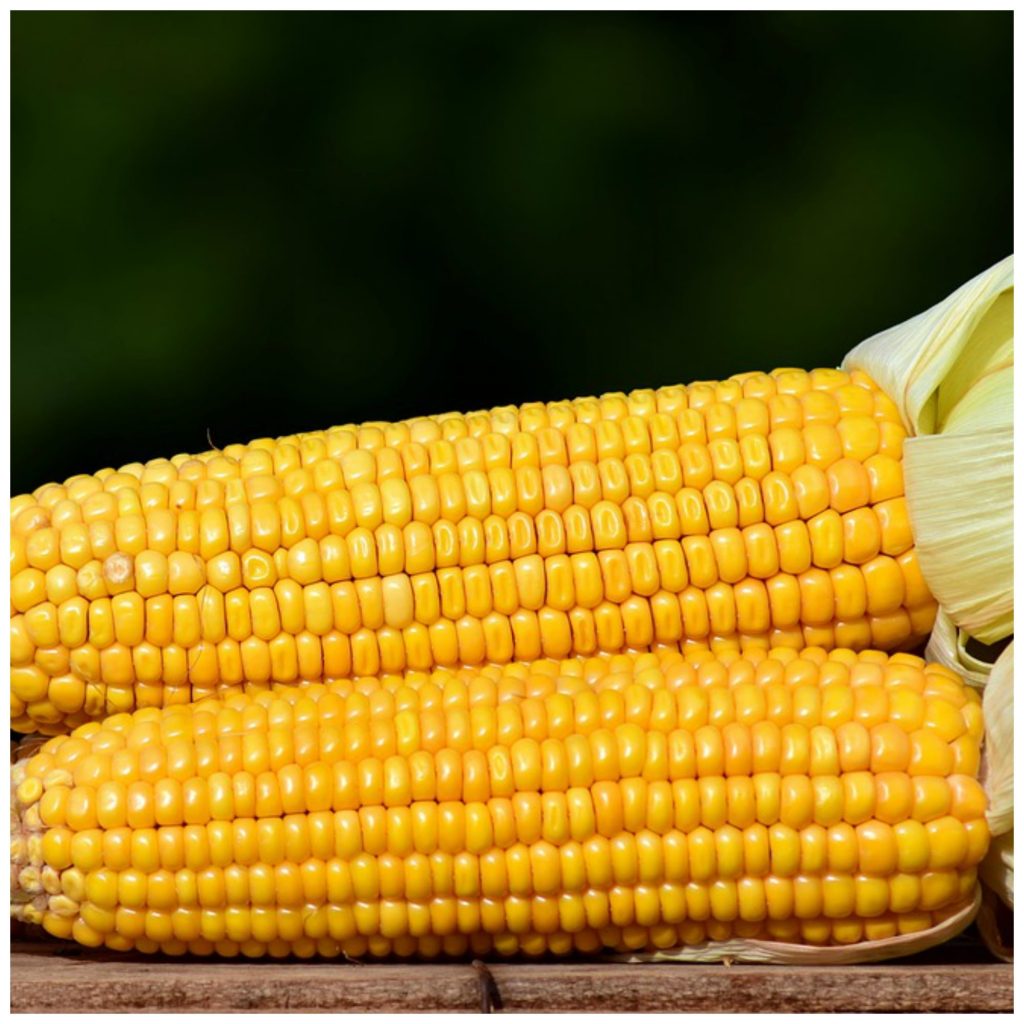 That’s a really good question. Especially if you live in the United States.

Corn is one of the main food crops that’s been genetically modified.

If you live in the US, nearly all corn has been tampered with. Seeds are manipulated with foreign genes. The end result is a combination that would never occur in nature, on its own.

Genetically modified corn is hardy. It’s bred to survive being sprayed with a certain herbicide. The active ingredient is a controversial chemical known as glyphosate.

Glyphosate is widespread through the environment. It’s been shown to spur the growth of breast cancer cells in a laboratory setting. However, some other studies don’t show an association with glyphosate and the likelihood of developing cancer.

However, you should know about another study from France. This research showed that rats fed a GMO diet developed huge tumors on their mammary glands.

This doesn’t necessarily mean that GMO’s cause cancer in humans. But why take that chance?

I’m one of those people who likes to play it safe. I’ve decided to stop buying genetically modified food.

When I shop, I buy only USDA-certified organic corn. This includes corn chips. By law, organic food cannot contain GMO’s. However, unfortunately, it’s not that simple. It’s possible for genetically modified strains to naturally cross breed with organic crops.

Cross contamination is a huge problem. At least as far as corn is concerned. That’s why the country of Peru has banned all genetically modified foods. This would include GMO corn seeds. Peru did this in order to protect its own corn supply.

I’ve read conflicting reports about whether or not American-grown organic blue corn can become contaminated with GMO’s strains. I don’t have the definitive answer. If we buy a bag of blue corn chips, we have no way of knowing which stance is correct.

My gut feeling is that blue or purple organic corn is probably less likely to be contaminated. But I really have no way of knowing. (Since I don’t have a laboratory at my disposal.) Even when you see a label that says, “Non GMO Project,” this still doesn’t guarantee that a product is free of GMO’s. It’s impossible to control natural pollination, as bees fly freely.

In the past I’ve encouraged my readers to buy processed foods that have this label, instead of taking their chances. In future posts, though, I plan to note this isn’t a guarantee. However, I still think it’s a good idea to buy foods with this label. Because it means the supplier has complied with certain standards, designed to eliminate GMO’s.

Can You Find Non GMO Corn?

In either case, it’s really important to make corn products don’t contain oils (if it’s a bag of corn chips) that could come from GMO seed. Soy and canola are among the US crops most likely to be genetically modified. These oils are also found in many processed foods.

If you want to up the odds of getting non-GMO corn, you may want to look to Peru. As I mentioned earlier, this country has banned GMO seed imports. I’ve seen reports that some genetically modified seed found its way into Peru, before the ban. But I like the fact that country leaders recognized the problem and took action. This likely means there’s less chance of Peruvian corn being contaminated with GMO’s.

Unfortunately, I wasn’t able to find Peruvian corn chips online. But I could find dried corn packaged for toasting. If you’d like to try it, you can see it below. 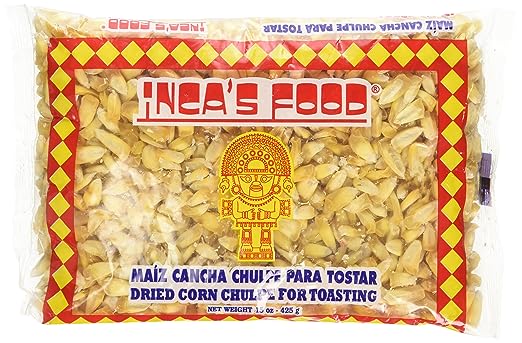 Where To Buy Non GMO Corn

In our house, we don’t eat a whole lot of corn. Because of the GMO issue. But sometimes I do buy USDA-certified organic corn chips. I do this knowing that they may contain strains of GMO seed. I’m not happy about that. But I eat organic corn chips as an occasional treat. 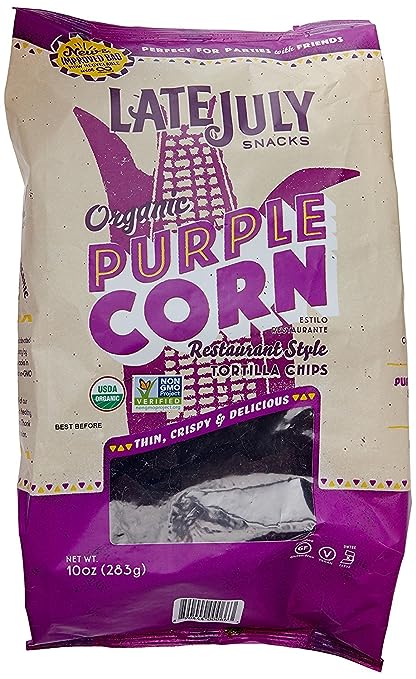 If you enjoy corn on the cob, and you don’t mind growing your own corn, you can also order non GMO corn seeds. Again, I have no way of verifying there’s no cross contamination with GMO corn. But it seems like a better bet than buying so-called “Roundup Ready” GMO corn seeds. Roundup is the name of the glyphosate-containing herbicide made by Monsanto.

From everything I’ve read, popcorn is not GMO. As of this publishing date (August 1, 2018) popcorn is not genetically modified because it comes from a different type of corn. This type of corn has not undergone the same laboratory modifications as other kinds of corn.

The Non-GMO Project doesn’t include popcorn on its list of “Testable High-Risk Crops & Inputs. But regular corn is listed.

However, I think it’s still a good idea to buy USDA-certified organic popcorn. That’s because it won’t be sprayed with potentially risky pesticides and herbicides. Also, if you buy ready-to-eat popcorn it could contain genetically modified oils and other ingredients. 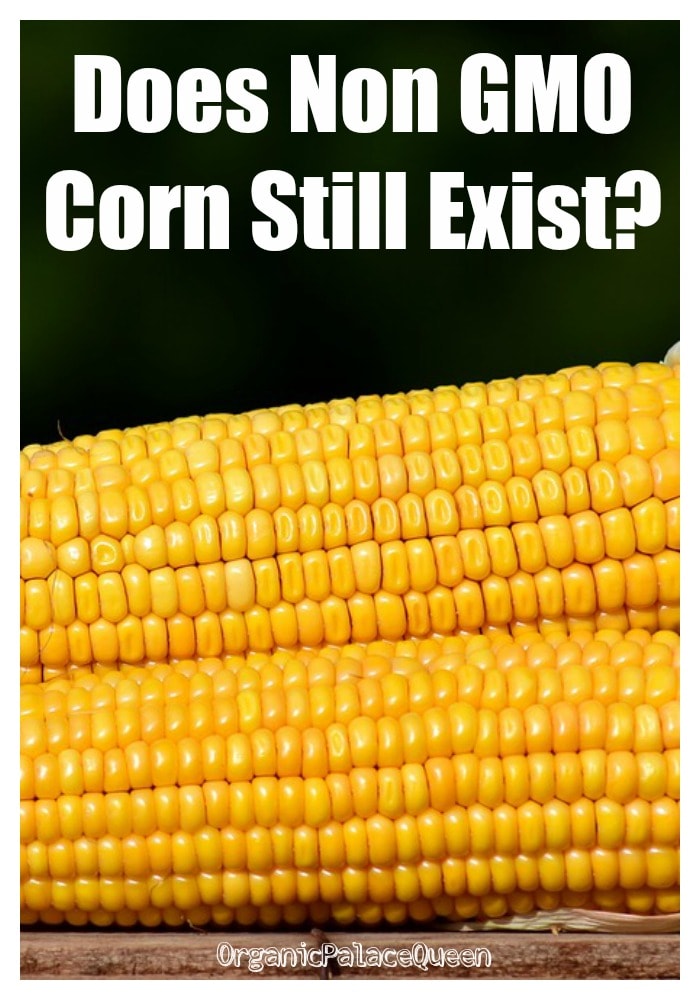