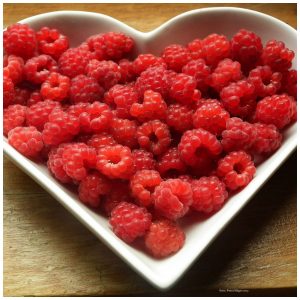 Do you believe in miracles? I do, because of a number of things that have happened in my life. One of them involved my children. As toddlers, they were both sickly. One of them was even diagnosed with failure to thrive. He was tested for cystic fibrosis and a number of other conditions. No one could figure out why he couldn’t gain weight, and had deathly looking dark circles under his eyes.

I began bringing my children to natural healers. This was very helpful in getting them off of the cycle of ear infections, followed by a round of antibiotics. They began eating real food, instead of all the junk food marketed for children. This made a positive difference. But they were still sick.

Especially my youngest child. There were even days I worried I’d lose him. In addition to his refusal to eat enough, he had breathing problems. These seemed to be triggered by wheat. He was so sensitive that I had to pull him out of preschool. Even a trip to the grocery store was risky. That’s because it had a bakery. If we walked too close, he’d start wheezing again.

Then, the seemingly impossible happened. I like to think of it as a miracle. My mother lives 3,000 miles away. She and my father own an antique shop in a resort area. One day a customer came into the shop. Somehow, the conversation turned to food. I think this woman wanted to know which local restaurant could handle her special dietary needs. Then, my mother mentioned my predicament. My children were not thriving, especially my youngest. I didn’t know what to do.

About a week later, a Fedex package arrived. It contained a book on the SCD Diet, written by the late Elaine Gottschall. She explained why this diet was better for people with celiac disease. Normally, people with this diagnosis are put on a gluten-free diet. However, she noted, a grain-free diet was actually better. Actually, according to Gottschall, this was the diet originally developed for celiac disease. Although my son’s test for celiac was negative, I didn’t trust the results. That’s because he hadn’t been eating anything with gluten for a long time before the test. He was so frail. I worried that putting him back on gluten could kill him.

This book made so much sense. I knew right away that it was the answer to my prayers. Gottschall had put her own daughter on the diet, with very good results. The SCD diet would be more difficult than a regular gluten-free diet. It would involve more cooking. But I didn’t care. My children needed to get better. And I was willing to try just about anything.

The SCD diet book is called Breaking the Vicious Cycle: Intestinal Health Through Diet. The first part of the book was a detailed explanation of the history of this diet, and why it may help. We desperately needed something different. Going gluten-free alone wasn’t making my children better. Taking away milk was a big help. My youngest was doing okay on gluten-free alone. But then he accidentally ingested an entire wheat cracker at the playground. His weakened body didn’t bounce back.

That’s when I became desperate enough to try the SCD diet. I hate to use the word “desperate.” But there’s no other way to describe it. I was watching my baby waste away before my eyes. No one had an answer. At the time, we were seeing a homeopathic MD. The remedies he gave us helped. But their effect was short lasting. So I took the plunge. Actually, it wasn’t that difficult. The recipes in the back of the book were delicious. Soon I just got used to a new way of cooking.

You can’t eat grain on the SCD diet. But you can eat plenty of other things. I learned how to make filling and delicious meals my children could eat. I could even serve them to company. After six months on the diet, you can add legumes. The legumes have to be specially prepared. But they allow for a lot more flexibility. One night, we had family members for dinner. I served a filling chicken soup with white beans, flavored with cilantro.

People on the SCD diet can also eat homemade yogurt. I’m sure this would have made life easier. I could have made filling foods for when we were on the road. But neither of my children could tolerate milk. The diet would be much easier for someone who can eat yogurt.

In addition to the groundbreaking book on the SCD, written by Gottschall, there was a lively Internet community. I think it was a Yahoo group, if I remember correctly. I’m pretty sure it was moderated by Gottschall. She was so generous with her time, as she answered all of our questions. I was also able to communicate with her privately through email. She was so kind and gracious.

My children stayed on the SCD diet for five or six years. It did great things for both of them. After a short period of adjustment, where they lost even more weight, they began to grow and thrive. Eventually, I was able to wean them off of this restrictive diet. They continued to thrive. As they got older, they decided to eat whatever they want, without a return of their previous symptoms. (I’m hoping as they get older they also get wiser, and stop eating junk food. But they’re young adults now, making their own decisions.)

What my children ended up eating was very close to the better known paleo diet. But the SCD gave us the flexibility of adding in specially prepared legumes. Preparation involved soaking them for at least 12 hours to remove hard-to-digest starch. Then I cooked them normally. The SCD diet is intended to heal the intestinal tract. It’s not an attempt to resurrect the hunter/gatherer diet. Plus, if I could have used yogurt, the diet would have been much easier.

Some of the recipes in Breaking the Vicious Cycle, though, would qualify as paleo. Others that included yogurt wouldn’t. One allowed item that was a lifesaver was almond flour. I could bake just about anything with this, including almond/honey cookies. I’d generally pack a couple for lunch, when my children were at school.

I lost contact with Elaine Gottschall through the years, after my children graduated from the SCD diet. I have no doubt this remarkable woman saved a number of lives. Some of the people on the Yahoo group were desperately sick. Standard medical treatment had failed them. My own children were not thriving. Doctors did not have the answer.

Years later, I realized Gottschall had passed away. God rest her soul. Eternal rest grant unto her, O Lord, and may your perpetual light shine upon her. She was a beautiful woman. Her work lives on. I’m quite sure she’s continuing to save lives.

These statements have not been approved by the FDA. These products are not intended to diagnose, treat, cure or prevent any disease. The author is not a doctor, and cannot give medical advice. Everything here is presented for discussion purposes only.

Leave a Comment
Previous How To Mix Shea Butter and Beeswax
Next Why Have Cancer Rates Increased?