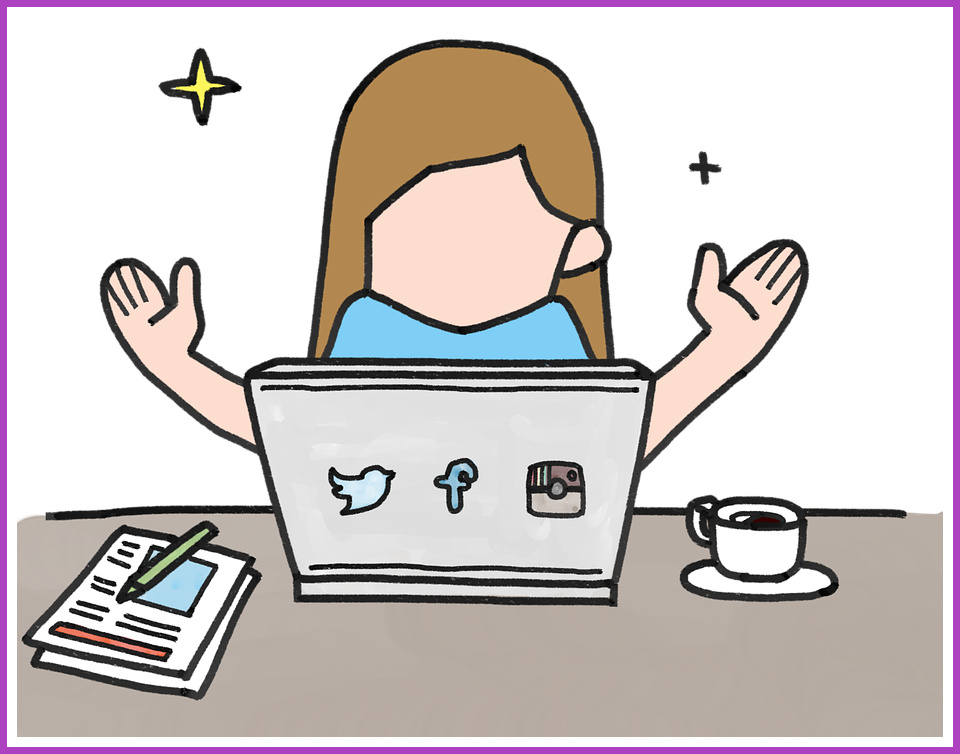 Where can you chat about homeopathy day and night?

With people from all over the world?

Facebook is now where a lot of homeopathy discussion happens.
There are countless homeopathy groups. Both public and private.
Some of the Facebook groups are large, with tens of thousands of members.
Others are tiny, with only a few hundred members.
Most of the groups appear to be run by homeopaths, as a means to interact with clients and potential clients.
Members have a wide range of experience.
Some are beginners looking to learn more. Other members are pretty familiar with homeopathy. They typically try one or more remedies on their own before seeking help. There are also lay homeopaths with an impressive amount of knowledge.
The groups are busy.
People pop in all the time with questions.
There are regular posts from worried Moms who’ve just noticed their child has swallowed an entire vial of a particular remedy. It’s nice to see how quickly they’re reassured, “Don’t worry, it was taken all at once so it’s just one dose.”
Recently I’ve noticed a number of groups devoted to specific conditions.
There are Facebook forums for Lyme disease, post viral recovery and sleep problems, as well as for infertility and dog owners, to name a few.
These groups help raise the awareness of homeopathy and its amazing potential.
The groups are also a good way for people to connect with homeopaths, who can now have clients all over the world, thanks to Zoom.
Never before in history has it been so easy to access information about homeopathy. Or to chat with a homeopath.
There are far too many groups to profile each of them. Plus new ones pop up all the time. So I’m going to zero in on just a few of them to give you an idea what’s out there.
All of the groups mentioned below are run by certified homeopaths. The focus is on homeopathic discussion. (Instead of on-demand repertorization.) There is clear advice on when to stop home prescribing and when to seek professional help.
There are other groups that are also really informative and worth your attention. Some offer a much different approach than traditional homeopathy. I joined them to get a different perspective. But due to time and space constraints I can’t list them all, even though they are valuable.

If you want to learn more about homeopathy, it makes sense to choose a few groups to frequent. Otherwise you could spend all day on Facebook hitting different groups and not get much else done. (Even though I help run one of the groups I try to limit my time there to 15 minutes a day.)
Homeopathy For Dogs Facebook Group
One of my favorite Facebook homeopathy groups is Homeopathy for Dogs.
The group is run by a group of homeopaths with an interest in animal health.
One of them is Donna Sadzius, who has been practicing since 2001. As a mother of eight she initially focused on mothers, babies and children.
“I have always had dogs in my life, and after becoming a homeopath I began to question all the toxic chemicals that were routinely given to dogs, and so naturally thought why not incorporate homeopathy instead,” she said, explaining how she began treating animal clients eight years ago. (Prior to that she had 18 years experience treating her own dogs.)
“It is so heartwarming to see the increasing amount of people who are discovering homeopathy for their dogs,” she added. “I hear stories of how some have been using homeopathy for years, only to discover you can also use it on your dogs…..It’s so great to see the newcomers that are blown away as they start discovering the depth and ease of healing that homeopathy can create.”
I joined Homeopathy for Dogs to learn more about animal homeopathy.
My own focus right now is human homeopathy. So I appreciate the additional guidance for my fur babies. Especially since homeopathic vets (those totally devoted to homeopathy, not allopathy) are few and far between.
Last winter my daughter’s chihuahua was diagnosed with luxating patella. It wasn’t noticeable indoors. But outside he could barely walk. We resorted to pushing him in a carriage around the neighborhood so he could get fresh air. Not a bright future for a two-year-old dog.
“Has luxating patella in a dog ever been treated homeopathically?” I asked in the Homeopathy for Dogs group.
“Yes,” I was assured.
This gave me the confidence to proceed to treat him with homeopathy, instead of immediately hauling him to a veterinary chiropractor or a veterinary specialist. We wanted to jump on this problem so it didn’t get worse.
Thankfully, the little dog responded very well to Ruta 6C. Now we only see an occasional skip in his step when we walk him outside. Similar to how he has always walked.
Thank you, Homeopathy for Dogs. This was a huge help.

Do you want to learn more about homeopathic remedies? Or how to use them? Or do you have specific homeopathy questions?
Then you might want to check out Homeopathic Student Help Group Questions and Answers.
This group is for homeopaths, students and anyone who wants to learn more about the healing art of homeopathy.
It’s a fairly new group, created by UK-based homeopath Karine Daniels. She is has been practicing about five years and she’s also a graduate of Dr. Robin Murphy, ND’s clinical homeopathy course.
“As for the student group, it is the latest of one of four that I created,” Karine explained. “The reason I created it was because I was having more and more students contacting me privately asking for help. These students were mainly from the USA and the UK and studying at various schools (some quite prestigious) saying that they didn’t find that they had enough support from their teacher assistants of work being done online. It just got to the point where I got too busy to answer all of their questions, particularly about practical case taking and homeopathic philosophy.”
“Therefore I thought that if a group was created they could get the support they needed from others students and homeopaths alike,” she continued. “I wasn’t sure how it was going to work but I thought I’d try it and see what happened.”
“I was hoping this group would be different, avoiding the dogmatic attitude of other learning groups, making this one an approachable platform to all learners and lovers of homeopathy.”
The Homeopathic Student Help group features regular quizzes and “guess the remedy” posts.
No matter how long you’ve been practicing there’s always more to learn.
(Full disclosure: I help moderate Homeopathic Student Help Group. Hope to see you there.)

Homeopathy for Lyme & Co-infections is one of a growing number of groups for specific conditions.
Lyme disease, unfortunately, is very common in much of the US. It’s now found in other parts of the world as well.
As of this writing the group now has more than 700 members.
The Facebook Homeopathy for Lyme & Co-infections group was founded by a group of homeopaths. They are UK-based Heather Smith and Anna Bobcov, and Susie Cornally Bale, who lives in Southern Ireland.
“I was keen to start the Lyme Facebook group because I got Lyme nearly nine years ago,” Heather says, explaining that she teamed up with the two other homeopaths and started the group just before Christmas 2021.
Heather says her own struggle with Lyme is what helped launch her homeopathy career. First she visited a series of homeopaths who “never really hit the spot for some reason.”
Her illness progressed.
Then she found help from a practitioner who studied at the London-based College of Practical Homeopathy.
“I was so inspired by her and by the fact that I began to get better that I decided to do the training myself with the idea that I would work to support my fellow Lymies once I was qualified!,” says Heather.

Facebook groups definitely appear to be changing how homeopathy is practiced, especially in the United States and in Canada.

Maybe because this healing art is not very well developed in North America, especially compared to other places around the globe.

I get the sense Facebook is where a lot of people are introduced to homeopathy.

This is a mixed blessing, and I’ll explain why.

Because homeopathic education still needs to grow and evolve in North America.

Facebook isn’t reality. It’s not realistic to jump on social media and expect to get an instant answer for all of your physical problems. Especially the deep, long-standing ones.

The best way to use Facebook is to study and learn, in the groups I mentioned above and in other groups dedicated to education. This takes time and a lot of work. (If you’re serious about learning homeopathy it’s also a good idea to enroll in some paid courses.)

The worst way to use Facebook is as a free repertory service.

Because you’ll get plenty of remedy suggestions. But not necessarily the right ones. Typically, you get conflicting answers. Or the suggested potencies and dosage frequency are off, leading to less than optimal results. Someone brand new to homeopathy will have difficulty sorting this out.

For instance, in one of the repertory-on-demand groups, a mother wanted suggestions for her son, who had a cough. Various people suggested Pulsatilla, Hydrastis, Arsenicum Iodum, Spongia, Antimonium Tart, Drosera, Hepar Sulph, Aconite and Bryonia together while rotating in Hepar Sulph, Mentha Piperita, Carbo Veg, assorted cell salts, Hyland’s cough formula and Ipecac.

When my own children were little, good homeopathic prescribing at the outset prevented the illness from going into their lungs. Later, they had constitutional and miasmatic support, to break the cycle of endless infections. The instant repertory groups don’t provide this level of care.

In homeopathy there are no magic recipes. No magic formulas. It still takes a lot of effort to get well, especially with chronic problems.

There are many new theories and ways of prescribing. You’ll be exposed to them all.

Yet the one that still seems to work well is old-fashioned individualization, along with trial and error. You won’t get that in a public forum.

For better or for worse (strongly mostly better) Facebook homeopathy groups are here to stay.

They will continue to shift how homeopathy is practiced, probably in ways we could never even imagine right now.