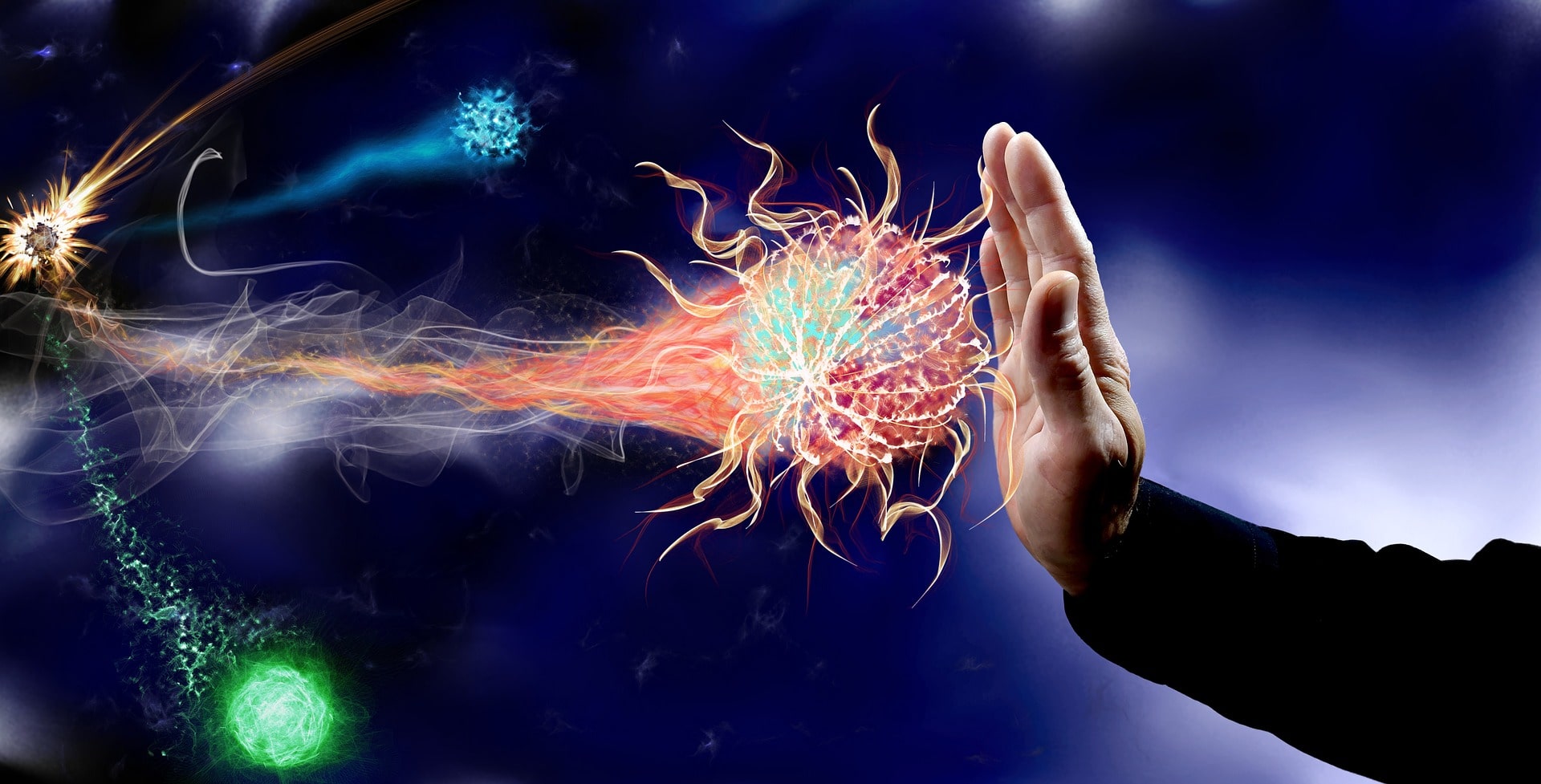 This is the case of a middle-aged man with a sore throat.

Several days earlier he went to a family gathering.

Several people were coughing. One of them was pretty sick.

So no surprise he caught whatever was going around.

Within an hour or so of starting to feel sick.

This is when Ferrum Phosphoricum (commonly referred to as Ferrum Phos) works best.

He took one dose of Ferrum Phos 30C.

This was followed by a headache.

Then he wanted to sleep.

So he went to bed at around 5 pm. He missed dinner.

He didn’t get up until the next day.

But he woke up with just a little cough, which lasted about an hour.

His nose was slightly stuffy.

But by noon he was feeling better.

His only complaint was a head that felt “blocky.” But after a walk outdoors his head cleared.

By mid day he was all better. With no sign of a viral illness.

This is why Ferrum Phos is my very favorite remedy to use at the early stages of a cold or flu.

Because if you catch it on time (ideally within a few hours) it can work miracles.

(If you wait too long the cold settles in and you’re likely looking at a different remedy.)

(This post contains affiliate links. If you purchase anything I receive a referral fee at no extra cost to you.)

Ferrum Phosphoricum is one of the 12 cell salts developed by Dr. Wilhelm Heinrich Schussler, MD, a 19th-century German physician and naturopath.

He wanted to simplify homeopathy.

So he advanced the idea of using 12 remedies made from some of the tissues in our bodies, to address whatever is ailing us.

There’s still great debate whether these low-potency remedies are true homeopathy. Because oftentimes they’re not prescribed based upon symptoms. Instead, they’re often given for perceived mineral deficiencies.

But cell salts can be used homeopathically.

For instance, Natrum Sulphuricum is another cell salt. It’s used nutritionally, just like other tissue salts.

But it’s used homeopathically. This is the first remedy we think of for distant head injuries in which the person has never been well since the trauma.

Natrum Sulph also has a distinct mental picture, just like other homeopathic remedies.

Ferrum Phos is also part of a wider group of top cold and flu remedies.

Indications for giving it (aside from very early onset) is for a nonspecific cold.

No real symptoms stand out, other than the person has a cold.

Trying to find another remedy is frustrating, because there’s not much to go on. (This is when you should think of Ferrum Phos.)

Since I’m not a doctor I can’t make any claims that any homeopathic remedy will stop you from getting the flu.

But I can tell you what I personally use at the initial onset of a virus. Or what seems to work for others.

Ferrum Phos has the potential to stop a virus in its tracks, if you take it early enough. (This is why I include it in my homeopathy emergency kit, which I keep in my car. I’m out for the day I want it on hand in case I or another family member starts to get sick.)

By early enough I mean within the first few hours of feeling like you’re starting to get something.

If clear symptoms start to develop you’re probably looking at a different remedy. Likewise if you’ve already taken another flu remedy. In this case, prescribe on the new picture that’s emerging.

Ferrum Phos can work in any potency. The average person will probably respond to just ONE dose of 30C.

If all you have is the 6x cell salt potency that should work too, although an additional dose or two may be needed if symptoms don’t clear.

Ferrum Phos always works for me.

But I’ve heard of cases where it doesn’t work.

Maybe that’s because it was taken too late.

Or maybe the person needed another remedy.

Or perhaps the person’s body “needed” to spike a fever in order to address a deeper problem.

In this case the person’s Vital Force knows best.

Can Ferrum Phos Stop The Flu?

Ferrum Phos is often used as an immune system booster right when you feel as if you’re coming down with something.

There’s some debate within homeopathy whether colds should be aborted or allowed to develop, so they can then be treated with another homeopathic remedy.

But viruses are much easier to treat, especially if you catch them early.

No one would argue that we should let pneumonia progress, so we can treat it later. Because, at that stage, it’s more difficult to cure.

Using remedies like Ferrum Phos at the first sign of illness is still working with the person’s body. Just like giving Gelsemium a few hours later would be, if the flu progresses a little more.

Because newer viruses come with a lot more symptoms, compared to flus of the past.

More symptoms widens the field of potential remedies. Making it more difficult to choose the best one.

So it’s my personal opinion that you can save yourself a lot of time and trouble by just taking Ferrum Phos the minute you feel sick. In hopes of preventing the illness from “ripening.”

This eliminates the need for fussy protocols that typically don’t work to offset the flu. (Judging by the comments I see on social media posts.)

Will Ferrum Phos Work For The Flu?

In my humble opinion, Ferrum Phos should be in everyone’s medicine cabinet.

Top Homeopathic Remedies for The Flu

Can Oscillococcinum Help With The Flu?

Leave a Comment
Previous Are Biochemic Cell Salts Okay?
Next Excruciating Back Pain Helped With Homeopathy