Flower Essences Instead Of Homeopathic Remedies 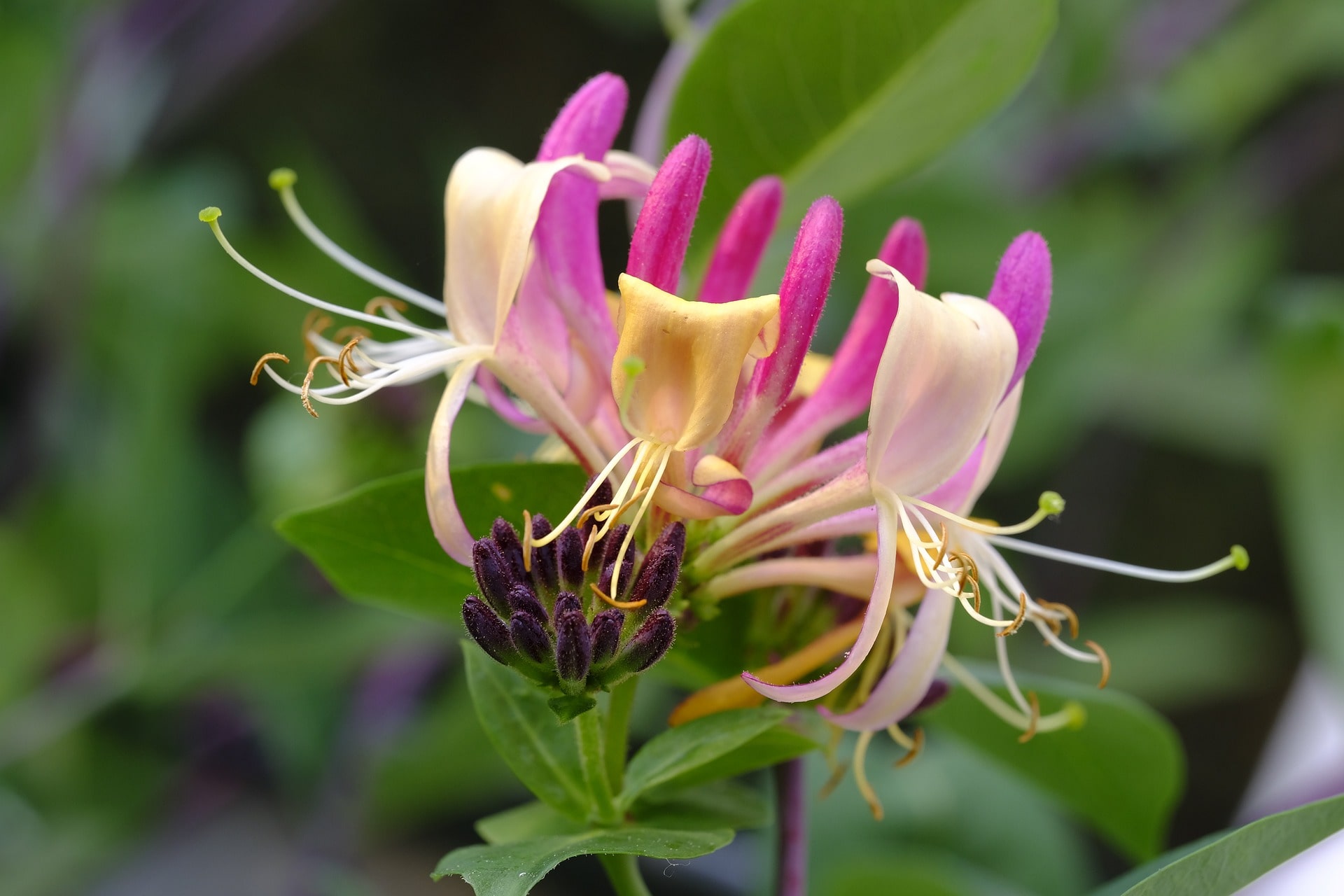 Because they mimic certain homeopathic polychrests.

Flower remedies are not true homeopathy.

They’re not potentized like regular remedies and given on an ascending scale.

Instead, they’re taken for certain emotions, with the hope of relieving mental suffering.

Ultimately, this may lead to physical healing.

At least that was the idea when Dr. Edward Bach, MD his essences, made from plants that grew in his native England.

When he died in 1936 he left behind a new system of healing with flowers.

There are over 8,000 homeopathic remedies.

But only a limited number of Bach remedies. Making it infinitely easier to choose.

Dr. Bach thought his 38 essences by themselves or in combination covered the entire human spectrum of emotions.

Dr. Bach’s work is preserved at the Bach Centre, located near Wallingford, England.

The remedies themselves, now produced by various companies, are widely used around the world.

They’re generally not recognized by mainstream medical doctors, despite the fact some scientific evidence exists to support their use.

A 2007 study published in Complementary Therapies in Clinical Practice looked at the potential for flower essences to relieve pain. There was little evidence that Bach flower remedies could relieve pain, but 88 percent of the subjects “reported an improvement in their mental outlook.”

A separate study published in Complementary Health Practice Review found that a double-blind trial showed that Rescue Remedy was useful at reducing anxiety in high-stress situations.

Flower Essences Instead of Homeopathic Remedies

(This post contains affiliate links. If you purchase anything I received a small referral fee at no extra cost to you.)

There are various indications for flower essences.

One is for purely emotional states.

Someone may have tried regular homeopathy.

They may have progressed well. But they have a lingering negative emotion. Why not try a flower essence?

Another is for highly sensitive people.

Flower essences can “build them up,” in conjunction with other healing modalities, as you transition to regular remedies.

Flower essences are useful for individuals who’ve had bad experiences with high-dose prescribing.

Consequently, they’re reluctant to continue with homeopathy. But they may be open to flower essences.

You can take the essences orally.

But they also work well if you put them on your skin. Or on a pulse point.

Flower essences might help if you’re stuck on a case with a clear emotional component. Various indicated homeopathic remedies have failed.

Rescue Remedy is very useful for fireworks or for high-stress occasions, such as trips to the vet.

It has pulled one of my young dogs out of a panic attack on a cross-country trip. She panted so heavily on the return trip that we might not have continued without an emergency vet visit.

After just one dose of Rescue Remedy, she slept the rest of the day. We were able to drive a couple of more days until we got home without incident.

But I’ve heard anecdotal reports that if you take these essences too frequently you can experience new symptoms, just like with regular homeopathic remedies.

My previous homeopath, now deceased, used to run Telios School of Homeopathy in the Boston area.

She and her students tried to prove Rescue Remedy. In one of our conversations she reported they experienced a wide range of symptoms.

I’ve also experienced an aggravation from repeated doses of Rescue Remedy during a high-stress situation.

Plus I’ve seen anecdotal social media posts of others who’ve had unwanted symptoms after taking a flower essence.

So it seems prudent to give flower essences only when needed and to stop using them when relief is obtained.

My formal training is in traditional homeopathy.

But I wanted to learn more about flower essences, in order to help my clients.

So I took an extensive course with Udemy taught by Dr. Chandrakala Wagh.

Although it didn’t contain a lot of information on how to use Bach flower essences, it did present a good overview of indications for each remedy.

Sort of like a Materia Medica on flower essences.

They may be of great help with cases that are stuck. Or with people who are weak, sensitive or have suffered a bad experience with high-dose homeopathic potencies.

Also, some remedies seem to have an affinity for certain behaviors seen in animals, a plus if your homeopathic practice includes pets and livestock.