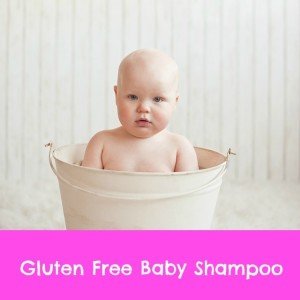 If you’re looking for a gluten-free baby shampoo, chances are, your child has become sensitized to this ubiquitous protein.

Unfortunately, gluten really does seems to be everywhere.

At least that was the case when my son was little. At around 18 months of age, his body began reacting to wheat. Avoiding it consumed my life.

Staying away from gluten much easier said than done. It was everywhere. Even at church we didn’t get a break. Sometimes parents would feed their children crackers in the pew ahead of us. If they later tried to shake hands with my child, I needed to quickly pull him away. That’s how sensitive he was. Even this limited exposure was risky.

In addition to digestive issues, my son also had breathing problems. Both appeared to be triggered by wheat.

If he so much as had a whiff of wheat, his airways became filled with mucus. The pediatrician was baffled. He didn’t think it was asthma. But he couldn’t tell me just what it was.

So, if you’re trying to avoid this wheat protein, in all of its forms, I totally understand why it’s so important.

As I mentioned earlier, gluten is so hard to avoid. You even have to watch for it in personal care items.

Fortunately, though, gluten free baby shampoo now exists. The best of these formulas are also made without hormone-disrupting chemicals. (Yes, amazingly, you can find these in baby bath products.)

Baby shampoo is often sold as a combination hair cleaner and body wash. If you want a gluten-free version, a good choice is GlowGenics Organic Baby Wash & Shampoo. It only has a few ingredients, such as saponified coconut, olive and jojoba oils, vegetable glycerin, guar gum, aloe vera and rosemary extract. The last three additives are organic.

GlowGenics shampoo and body wash also contains no parabens or phthalates. Parabens, which mimic estrogen, are added to many cosmetics as preservatives. Safer products use plant-based preservatives instead.

This baby wash is also missing the ubiquitous sodium laureth sulfate. This cheap lathering chemical is found in shampoos, toothpastes and dishwashing detergents. It’s considered more mild than its close cousin, sodium lauryl sulfate. But some environmentalists are concerned about the manufacturing process. As it’s being formulated, it could become contaminated with dioxins. These very potent toxins don’t belong in baby bath products.

So GlowGenics shampoo is not only gluten free. It’s also free of these noxious and potentially hazardous chemicals. This was is also made without petroleum or genetically modified ingredients. 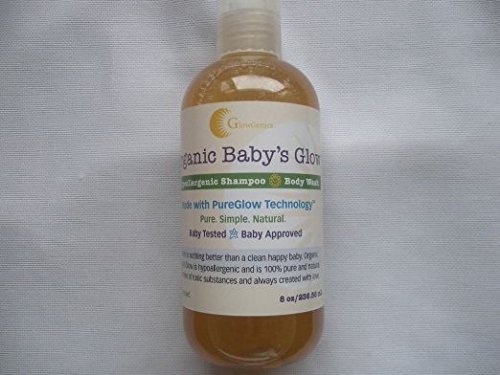 Anyway, I totally get how important it is to keep gluten away from children who shouldn’t be around this protein, or who’ve been diagnosed with celiac disease. So I’m really happy to be able to tell you about a product that’s like to work for you. Since it’s fragrance free, it should also work for the most sensitive of little ones.

Best of luck as you continue on your gluten-free journey. As my son became older and stronger, his extreme sensitivity decreased.

Leave a Comment
Previous Where to Find Organic Food Coupons
Next Does Henna Strengthen Hair?