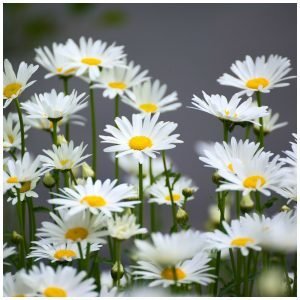 Herbal chamomile has a number of potential health benefits. This daisy-like flower is a natural anxiety remedy. That’s what it’s best known for.

Now, there’s new evidence that chamomile kills breast cancer cells in the lab. However, there’s need for much more research, before anyone would suggest it as an effective cancer therapy.

Please understand that I’m not recommending herbal chamomile or chamomile essential oil for stand-alone cancer treatment or prevention. All I’m doing is reporting on already published information on the potential benefits of chamomile.

Chamomile looks similar to a daisy. It’s part of the Asteraceae family. Chamomile has a long history as a medicinal plant. It has the potential to fight chronic inflammation. In addition, this herb may combat bacterial and viral infections.

Some people sip chamomile herbal tea when they’re suffering from a migraine. Used tea bags can also be applied to minor wounds and burns. It’s thought this speeds healing. Chamomile, similar to lavender, seems to have an affinity for the skin. So it’s often used in herbal balms designed to relieve skin irritation.

Chamomile Tea for Sleep and Anxiety

Chamomile herbal tea is widely considered a natural sedative. That’s why it’s often used just before bedtime, to fight insomnia. I often use herbal remedies and essential oils to help me sleep. Chamomile has been part of my natural medicine cabinet.

However, I do need to point out that I”m not a doctor. I can’t give medical advice. Nor can I promise that any natural remedy I write about on this site will solve anyone else’s health problems. All I can do is share my own experience with chamomile.

Chamomile, much like lavender, is very soothing for the body, as well as the mind. That’s why you’ll often find these two aromatics packaged together, in relaxation or sleep formulas. 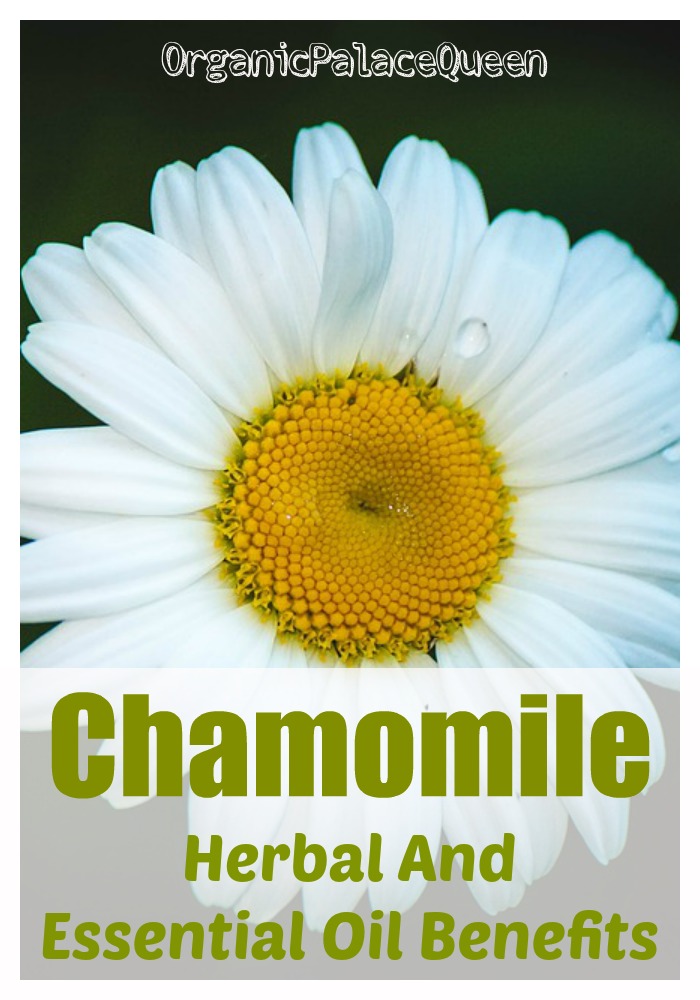 Essential oils are another way to benefit from chamomile’s healing potential. Aromatic oils are very strong. They’re more concentrated than the original herb. For this reason, an oil may have slightly different health benefits, compared to the plant itself.

People use Roman chamomile essential oil for a number of reasons. Chamomile is well known for its ability to act as a natural sedative. Chamomile oil is often added to essential oil recipes, expressly for this purpose. \

If you’re looking for a good brand of chamomile essential oil, I highly recommend Plant Therapy. I buy many of my own oils from this company, because it has high quality standards. I’ve never been disappointed with any of my purchases. Plant Therapy oils are not sold through a multilevel marketing network.

Even the American Cancer Society, which typically only recommends pharmaceutical treatment, stated on its website that apigen isolated from chamomile did seem helpful in people with “mild to moderate anxiety.”

Can Chamomile help prevent breast cancer? This disease is an epidemic. In the United States, it’s expected that more than 231,000 new cases will be diagnosed in 2015, according to figures provided by the American Cancer Society.

This number only takes into account “invasive breast cancer,” not confined to the milk duct. There are many more cases considered “non-invasive,” but still treated. Once abnormal cells are discovered, there’s no reliable way to predict their spread.

Given the high stakes, and the devastating side effects of treatments, it makes sense that women would want to do all they can in terms of prevention. Each year, more than 40,000 American women will die from the disease. Worldwide, breast cancer strikes more than 1.7 million women annually.

However, the news is not all grim. God has given us countless medicinal plants that appear to contain powerful cancer-fighting compounds. One of them is chamomile. Whether or not this translates into a clinical benefit remains to be seen. But chamomile is deadly to cancer cells in the lab.

Is Chamomile Good for Cancer?

Early research is in. It looks promising. One study conducted at the Ohio State University’s Comprehensive Cancer Care Center found that a chemical in chamomile called apigenin makes cancer cells die faster. Along with parsley and celery, chamomile is where this substance is found in relatively high concentration. Cancer cells tend to live longer than normal cells.

This study was not a clinical trial conducted on real women. Instead, scientists observed breast cancer cells in the lab. Whether or not drinking chamomile herbal tea can actually prevent breast cancer hasn’t been proven scientifically. I need to stress again that in no way am I suggesting that chamomile tea should be used as a stand-alone treatment for breast cancer. However, if you already enjoy this soothing tea, there’s now even more reason to drink it.

These statements have not been approved by the FDA. These products are not intended to diagnose, treat, cure or prevent any disease. Women who are pregnant or nursing should not use essential oils or herbal remedies unless directed to do so by a healthcare professional.