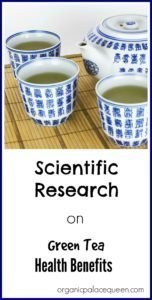 Someone I know was battling cancer. A holistic healer told her to drink “tons and tons of green tea.”

I think this practitioner really meant two to three cups a day. That’s because this tea, made from lightly processed leaves, is a very healthy drink. However, it’s important to choose a brand that carries organic green tea.

That’s because Greenpeace International has uncovered disturbing evidence that tea from China and India is tainted with pesticides.

Green tea appears to be an excellent herbal health tonic. It’s also been studied extensively. More research is needed. But I can certainly understand why one holistic health expert advised a cancer patient to drink green tea.

Both green and black tea appear to protect against cancer, according to the University of Maryland Medical Center website.

The UMMC is one of my favorite sources for alternative medical information. Unlike most mainstream outlets, this facility has a more open-minded approach to time-tested herbal remedies. These plants have been used for thousands of years, long before people began using pharmaceuticals.

It also presents the evidence on the health benefits of green tea in an easy-to-understand format. This is very helpful, because the average person has trouble extrapolating the results of scientific studies.

Here is some of what we know about this very popular beverage. according to the UMMC.

In addition to potential cancer prevention, green tea has been found to exert a protective effect on the liver. This even seems true when alcohol is used. This tea also seems to be able to lower unhealthy levels of cholesterol.

Green tea can also help control excess inflammation. Just about anything that’s good for us will do this. An overactive inflammatory response is what fuels disease, according to most holistic health experts. Here is an excellent brand of organic green tea. 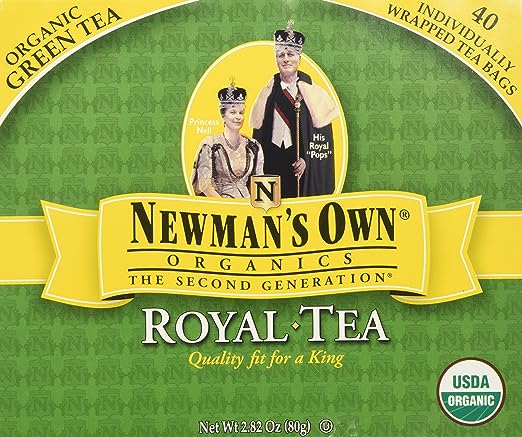 About 10 years ago, I developed chronic nerve inflammation. It became so bad I could barely walk. Recovering from this condition meant I needed to keep my inflammation level under control. If I do this, I can walk and live a normal life. If not, I’ll probably end up in a wheelchair.

For me, the choice is easy. I eat low-inflammation diet and I take herbal and homeopathic remedies. (Essential oils are a big help as well.) I like to switch my supplements around. They seem to work better that way. But one that I take consistently is a popular herbal anti-inflammatory called Zyflamend. One of its active ingredients is green tea.

The first records of green tea drinking emerged in China thousands of years ago. This tea was also used as medicine, to help control bleeding and help with digestion.

Green tea comes from a plant known as Camellia sinensis. The leaves are dried before they are exposed to a lot of oxygen, preserving their green color. (Black tea comes from the same plant, but it’s processed differently.)

There are many varieties of green tea, as well as different grades. This is reflected in the price. Camellia sinensis grows throughout Asia. It’s also being produced in Brazil.

The tiny green tea leaves are packed with nutrients, antioxidants and amino acids. It’s also believed this brew can calm the nerves. One study found this lightly processed tea seemed to alleviate the symptoms of depression in elderly people.

However, since I’m not a doctor, just a tea drinker, please don’t take what I say as medical advice. It’s important to discuss your health concerns with a licensed practitioner. If you have a chronic condition, please check with a physician before using green tea therapeutically.

Where to Buy Organic Green Tea

If you want the maximum health benefits of any food, choose an organic version. It’s been shown that organically grown fruits and vegetables contain more vitamins, minerals and antioxidants than conventionally farmed produce.

One 2014 study that ran in the British Journal of Nutrition seems to put an end to all arguments that organic food doesn’t offer a nutritional edge.

This debate has raged for years. Decades ago, an Hungarian scientist named Dr. Jozsef Beres, PhD., theorized that one cause of cancer was chemical fertilizers. He believed they prevented plants from absorbing micronutrients.

Green tea, in its natural state, appears to be very healthful. But there are concerns of contamination. Some teas from India and China have been found to have unacceptable levels of pesticides. Unless your product is labeled USDA-certified organic, you can’t be sure it hasn’t been irradiated. Here is another brand of organic green tea I absolutely love and have repeatedly purchased. 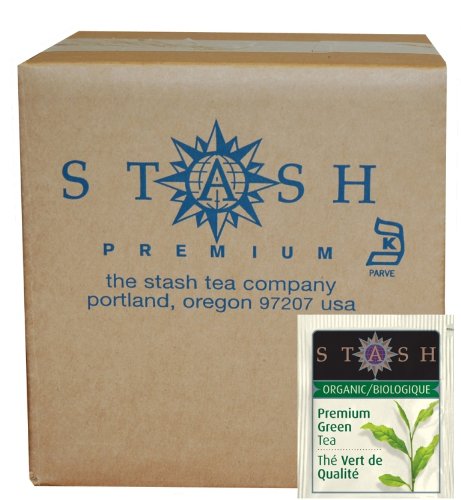 I’m not a healthcare professional, so all of the above statements are my personal opinion, and are not intended as medical advice. Check with your doctor if you are taking any medication before drinking green tea.

The Benefits of Drinking Green Tea

Why Organic Food is More Nutritious