Herbs and Oils for Health 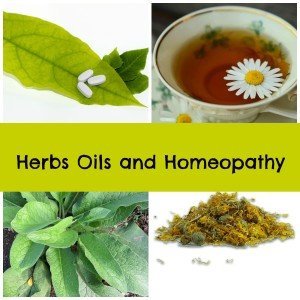 Have you ever heard of God’s Pharmacy? It refers to the countless plants and minerals He has put on this earth, to help us heal.

For thousands of years, people have used medicinal herbs and natural essential oils when they were sick.

Fortunately, that’s what I did. Ten years ago, I had a crippling nerve disease. Walking was a struggle. (That’s putting it mildly.) I spent much of my time lying on the couch. When I had to get up, I dragged my body across the floor.

Clearly, unless something changed, I’d soon be riding in a wheelchair. I’m so thankful it’s possible to get on the Internet and read about natural remedies. They’ve made all the difference for me. Today I can walk again, without pain. I’m so thankful and I want to share my story.

If you have a chronic condition, and mainstream medicine offers no hope, perhaps a holistic healer can help. These professionals don’t get nearly enough credit. They continue to be marginalized. Conventional doctors often to scoff at them.

In the 1800’s, homeopathy was a new medical discipline. Natural substances, poisonous on their own, were heavily diluted. Usually, none of the original was left.

Dr. Samuel Hahnemann, a German physician, discovered the principle of “like cures like.” If someone had a set of symptoms, similar to what would happen if they ingested a specific toxin, they quickly recovered, if given a tiny bit of that poison. This new way of treating illness became very popular, in many parts of the world.

Homeopathic hospitals opened in Europe, India and in the United States. At one time, in America, nearly two dozen medical schools taught this healing technique.

Herbs and Oils for Health

Thousands of homeopathic doctors practiced this type of medicine. People loved it, as it was gentle and effective.

Until around the turn the the 20th century, being sick meant being treated with rest, sunshine, fresh air and herbal and or homeopathic remedies. This all changed, as modern pharmaceuticals were introduced.

Homeopathic history is filled with accounts of how this discipline was all but stamped out in America. One famous modern homeopath named Dana Ullman, MPH, notes on his website that the American Medical Association was partly formed to counter homeopathy.

This new group, comprised of physicians, apparently threatened by the success of the homeopaths, vowed “to slow the development of homeopathy,” according to Ullman.

I love reading anything written by Dana Ullman. He presents his valuable information so clearly. Everybody’s Guide to Homeopathic Medicines is one of his books, which I own. It’s a great introduction to homeopathy. It’s co-authored with a medical doctor. There are clear instructions for when something is “Beyond Home Care.” This means you need to seek emergency treatment.

At one time, the debate between homeopathy and allopathy was extremely contentious, Ullman explained. Medical societies wouldn’t allow homeopaths to join. Existing members, practicing this form of healing, were forced to leave.

For decades, in the US, it seemed as if homeopathy died out. It’s now enjoying a revival, as people search for better ways to stay healthy. This comes with a growing realization that pharmaceuticals treat symptoms. They don’t hit the root cause of the disease.

I marvel at just how many healing substances God has given us. Even poisons can be for our benefit, if they’re turned into homeopathic remedies.

For instance, one flowering plant named Arnica montana would likely make you sick, with a fever and chills. It would also cause black and blue bruises. This is the first remedy often recommended by homeopaths for physical trauma, where there’s no external bleeding.

Other remedies are made from minerals and animals, such as venomous spiders. There are hundreds of homeopathic remedies. Most homeopaths, though, stick to a basic core of about 60 popular remedies.

Herbs and Oils for Healing

The same forces that essential drove homeopaths out of business also stamped out medical herbalism. It’s still difficult to find a practitioner, in many parts of the United States. But, in recent years, there has been resurgence of interest in plant-based medicines, as opposed to pharmaceuticals.

By one estimate, reported in the website Mother Earth News, each year about $20 billion is spent on herbs and various supplements. (However, this is still just 10 percent of what’s spent on prescriptions.)

It is true that many drugs are derived from plants. But, typically, a drug is a synthesized isolate, a single component of the herb. However, most alternative medical experts believe you derive the most benefits from whole herbs. All the many compounds are present in the correct proportion. They also work in synergy.

Now, nearly 100 years after pharmaceuticals began to dominate healthcare, we’re faced with increased reports of drug-resistant pathogens. Consequently, many of us want to have natural germ-fighting remedies on hand.

For instance, Fabulous Frannie Four Thieves/Protect oil is something I never want to be without. This bottle contains clove, cinnamon, lemon, eucalyptus and rosemary oils.

It’s possible this recipe (or a similar one) was handed down by Medieval thieves, who didn’t get sick during a plague. That’s because they were protected for a special aromatic blend that’s come to be known as “four thieves oil.” This allowed them to steal from the sick, while remaining healthy. When caught, they divulged their secret.

A number of companies now sell germ-fighting formulas. But I really like the Fabulous Frannie brand because it seems to work for me. Last winter, for the first time ever, I didn’t get sick when the cold weather hit. Although I can’t prove this is because of essential oils, or promise anyone else the same results, I do plan to use this blend again this year. I also like the smell of this five-oil mix.

Essential oils are also derived from plants. These highly concentrated and potent extracts are extremely popular among people hoping to reduce their dependence upon over-the-counter and prescription drugs.

Although only a few types of essential oils have been widely studied, research indicates they contain antimicrobial and anti-inflammatory compounds. Many of us who use these oils regularly reach for them at the first sign of cold or flu.

Instead of pulling out a bottle of acetaminophen, when a headache strikes, I grab my peppermint oil. It which immediately dulls the pain. I apply it to my temple and forehead. (However, it must first be diluted in another neutral oil, such as olive or grapeseed.)

Lavender is also a go-to remedy when sleep is difficult. It is much safer than prescription sleeping pills, and it doesn’t make you drowsy the next day. A few drops of lavender essential oil on a cloth or a tissue, placed by my pillow, helps me quickly doze off.

I’m so happy that in the 21st-century, these natural remedies are staging a comeback.

These statements have not been approved by the FDA. These products are not intended to diagnose, treat, cure or prevent any disease. People with health concerns should discuss them with a doctor. Women who are pregnant or nursing should not use essential oils, unless under the direction of a health care professional.

History of the AMA