Herbs to Get Rid of Radiation Exposure? 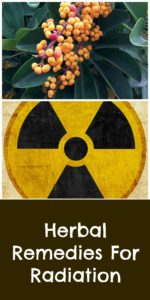 Can herbal remedies protect us from radiation exposure?

In the wake of the Fukushima disaster, there was a lot of talk about natural ways to mitigate our exposure to radiation.

Shortly after the March 11, 2011 earthquake, I started hearing about something called sea buckthorn oil. It’s derived from a berry that grows in parts of Europe.

As the world watched in horror, this traditional anti-aging remedy was being hailed as a natural way to fight the effects of radiation released by the Fukushima Daiichi Nuclear Power Plant, which was damaged by a 9.0 magnitude earthquake, centered 70 miles off the coast of Japan.

Was there any validity to these claims? Can an obscure berry really help, in the aftermath of this nuclear disaster? Meltdowns occurred in three of the six Fukushima reactors, according to various news reports. The immediate release of radiation is considered the second largest nuclear accident in the world, after Chernobyl.

The earthquake caused a tidal wave. The immediate area was devastated. Nearly 18,500 people were killed in the aftermath. Another 300,000 needed to quickly leave the area, due partly to a cataclysmic series of events.

The wall of water unleashed by the quake reached the nuclear power plant, located precariously at the edge of the seashore, causing meltdowns in three of the plant’s six reactors.

Herbs to Get Rid of Radiation Exposure?

The reactors unleashed massive amounts of radiation into the ocean. There’s still evidence that it continues to pour smaller amounts of radioactive waste into the water.

News reports have been conflicting as to the seriousness of this threat. Some paint a dire scenario. Others seem to downplay any concerns.

Given this uncertainly, sea buckthorn oil and certain other herbs, such as Indian holy basil, have been discussed as possible as possible safeguards against the threat of nuclear radiation.

The scientific community has done some research into the potential of various plants exerting a radio-protective effect. The authors of study, which appeared in the Journal of Clinical Biochemistry and Nutrition, noted that various plants used in traditional Chinese and Ayurvedic medicine may offer some protection against ionizing radiation, noting that this occur by “scavenging of free radicals and increasing antioxidant status.”

Please understand that I’m not a medical professional. So everything I write is meant for information and discussion purposes only. Also, I can’t promise or claim any herbal remedy will protect you against damaging amounts of radiation. More research needs to be done.

All I’m doing is passing along information on which plants are believed to be antidotes to radiation exposure.

Some of the most widely recommended herbs for radiation fall into a category known as “adaptogens.” These are natural plant-based remedies that help the human body withstand stress, whether it be a negative emotional response or from a potential DNA-damaging external source, such as ionizing radiation exposure.

An herbalist would tell you that an adaptogenic herb has the ability to help and to heal a wide range of medical conditions, including anxiety. Adaptogens have been used in traditional medicine for centuries. There’s some dispute among herbalists about which plants are true adaptogens. But holy basil, which I’ll tell you about in a minute, is one of the best known.

Nearly everyone would agree that Indian holy basil is an adaptogen.

People in India also refer to the Holy Basil plant as “tulsi.” It has long been used in Ayurvedic and in Asian medicine. Tulsi is loaded with antioxidants, reputedly able to counteract the effects of radiation.

Holy basil is something I take on a regular basis. But necessarily because of radiation. I suffer from an incurable nerve disease. It would be very painful if I didn’t control the symptoms, caused by inflammation. Holy basil is well regarded for its natural anti-inflammatory action. It’s also said to be a good insomnia aid.

But what about radiation?

According to the University of Maryland Medical Center, holy basil has the potential to mitigate the effects of radiation, although more studies are needed.

There is other research demonstrating that this herb, revered throughout India, could possibly offer some protection. One reference published in the Indian Journal of Experimental Biology noted that holy basil was known to protect mice against otherwise lethal doses of radiation. The holy basil shown here is derived from the whole plant, and not from a laboratory-isolated extract. 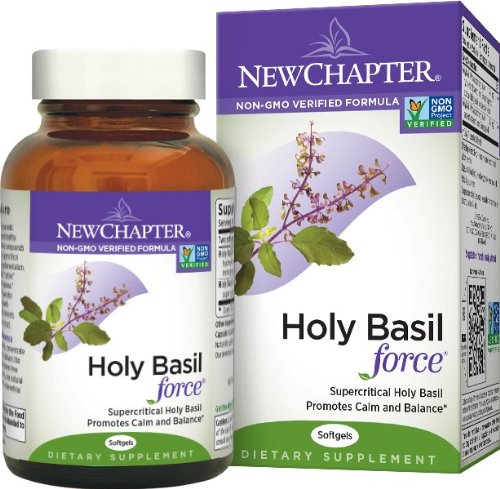 The ginkgo biloba is a tree that’s native to Asia. The atomic bomb dropped on Hiroshima, Japan in 1945 destroyed human, plant and animal life. However, the hardy trees growing in the region survived the blast.

Herbal ginkgo biloba has been used in traditional Chinese medicine since antiquity. In recent decades, people in the Western world have also used this herb for its purported ability to help keep the memory sharp.

A team of Korean researchers found that ginkgo biloba had a protective effect on human lymphocytes exposed to radiation in a laboratory.Their study was published in the International Journal of Low Radiation. 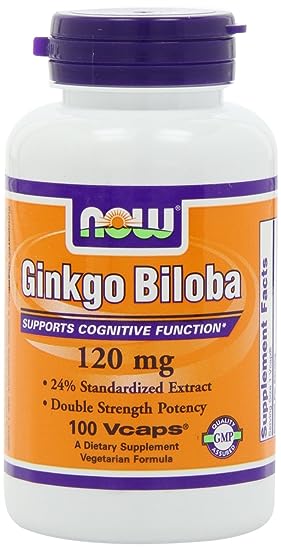 In recent years sea buckthorn has become better known throughout the world. Sometimes, this shrub, found throughout much of Europe and Central Asia, is referred to as sea berry. It bears small, bitter-tasting berries.

The oil from these berries has become a popular dietary supplement. That’s because it’s filled with nutrients. Sea buckthorn oil is also a rare food source of Omega 7 fatty acids, which can improve our cardiovascular health and also protect against inflammation.

These berries and their oil have long been used in traditional cultures for their medicinal properties. By weight, they also have about 10 times more Vitamin C than oranges.

In addition, there’s some research to back up claims that sea buckthorn is a good remedy for radiation exposure. 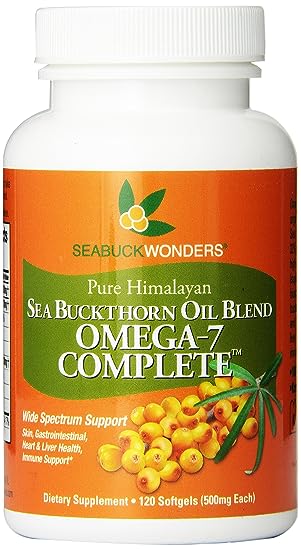 This article is intended for information and discussion purposes only. It is not intended as medical advice. People with health concerns should discuss them with a medical professional. Women who are pregnant or think they might be pregnant should consult with an obstetrician before taking any supplement.

Plants and Herbs for Radiation