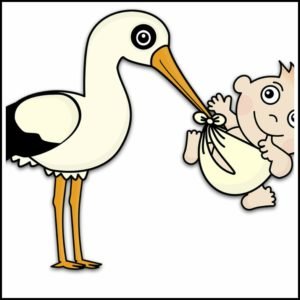 Is it true that certain herbs can boost fertility?

Of course, natural plant-based remedies have been used for thousands of years to help couples conceive. But, in recent years, these time-tested solutions have largely been forgotten.

Now, though, they’re making a comeback, at least judging by the number of herbal fertility formulas being sold.

There is evidence of their effectiveness. One study found that an herbal fertility remedy, sold over the counter, often results in pregnancy. Researchers noted that 26 percent of women who took this particular dietary supplement for three months became pregnant. After six months, this figure rose to 32 percent.

It’s also believed that natural maca root powder is a good natural fertility remedy. For centuries, it’s been used by the native peoples of the Andes, both as food and medicine. Maca is rich in amino acids. These are often referred to as “the building blocks of life.”

The herbal remedy that was the focus of the study I cited above is called Fertility Blend. It contains a plant called chasteberry, also known as Vitex agnus-castus.

This was a small study. But it compared very favorably to the women in the control group. Only 10 percent of these women became pregnant. No significant or serious side effects were found as a result of taking Fertility Blend.

Also, Fertility Blend appears to affect the hormones, in a positive way. It resulted in longer cycles and higher progesterone levels. You can read more about this study here.

In addition to the chasteberry, Fertility Blend contains a number of other healthy ingredients, including green tea, and L-Arginine. This amino acid is often recommended for couples trying to conceive. (Actually, this is one of the natural remedies we used when I was trying to become pregnant. It took us years and years to finally have a baby.)

Please understand that I’m not a doctor and I can’t give any medical advice. I cannot promise that any produce or remedy will help anyone else. But I can share information on natural fertility remedies, which seem to be an increasingly popular option.

I’m so happy to share this information. I know first-hand how challenging it can be to want to be a parent, but month after month, pregnancy doesn’t happen. I also realize that natural options may be best, especially for people who don’t want to do high-tech treatments, or cannot go this route for religious reasons.

Natural fertility remedies are now available for both men and women. Here are two formulas for women. The supplement on the left is Fertility Blend, the subject of the study showing that one-third of the couples taking it became pregnant.

The popular tea on the right is called FertiliTea. It also contains chasteberry, as well as green tea and red raspberry, ladies mantle, nettle and peppermint. long considered a natural remedy for female complaints. FertiliTea was created by an Ob/Gyn. I love the fact that it contains multiple herbs. 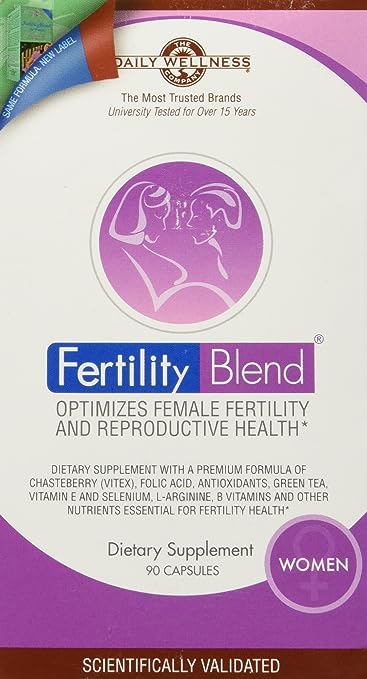 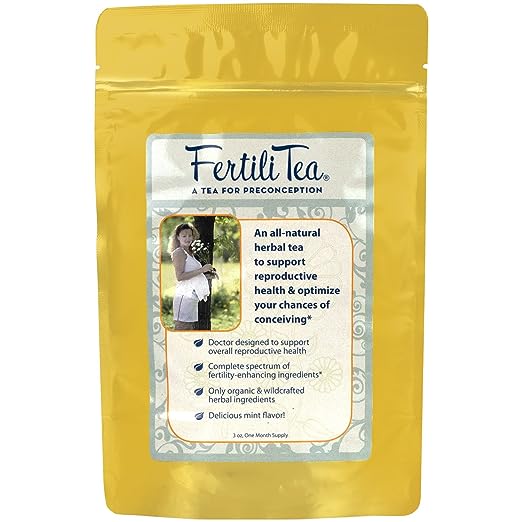 Herbs to Increase Fertility in Men

The same company that makes Fertility Blend for women also makes a male fertility formula. This proprietary dietary supplement contains a mix of vitamins, minerals and the amino acid L-carnitine, which is needed for healthy reproduction. It also contains herbal green tea and dong quai, which has been used for thousands of years in Asia as a health tonic.

Maca root is considered an adaptogen. This means it’s a plant that’s considered good for helping to counter the effects of stress on the body. It’s also believed to have wide-ranging health effects, some of which are now being studied by modern researchers.

In the Peruvian Andes, where it grows, maca has been used for many years as a fertility remedy. To date, there isn’t a lot of clinical research regarding maca and conception. However, the little information we do have is encouraging.

Can Maca Help You Get Pregnant?

One paper published in the journal of Evidence-Based Complimentary and Alternative Medicine noted that maca has been shown to improve male fertility.

There are two versions of Peruvian maca shown below. The Maca Team, one of the best sources I’ve found for this tuberous root powder, suggests taking red maca to enhance female fertility. It recommends black maca (on the right) for men. In recent years, maca has become very popular. So it’s very important to buy it from a trusted source that obtains it from the Andes, its native habitat. 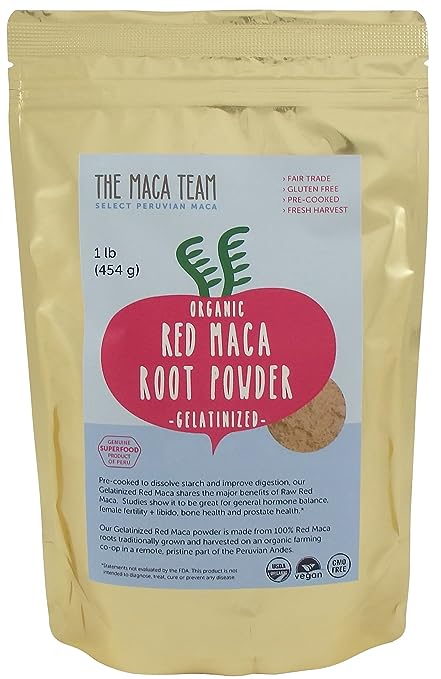 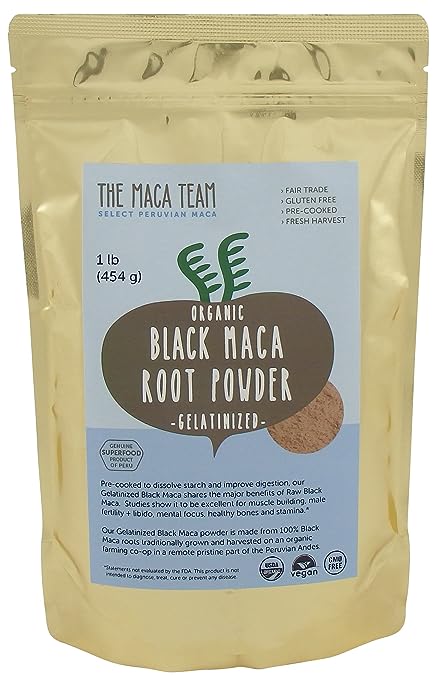 There’s still a lot of research that needs to be done on maca, which has a butterscotch-like taste and is delicious when it’s mixed in a fruit smoothie. However, while waiting for the definitive studies, some people use maca as a natural home remedy to balance the hormones.

It’s believed this root can help correct estrogen dominance. One study that ran in the International Journal of Biomedical Science found that maca can help with menopausal symptoms. It also seemed to have positive effects on hormone profiles in younger women.

These statements have not been approved by the FDA. These products are not intended to diagnose, treat, cure or prevent any disease. Women who are nursing or pregnant should not take herbal remedies unless directed to do so by a healthcare professional.

People with health concerns should discuss them with a doctor. Although maca is a food, eating for thousands of years in Peru, women who are pregnant or nursing should not use herbal remedies, unless under the direction of a health care professional.