Here’s An Easy Way To Remove Fluoride From Water

Fluoride has been implicated in a number of health problems, including cancer, arthritis and thyroid disease.

It’s often added to municipal drinking water, despite ever-increasing controversy that it can potentially harm our health.

A growing list of communities throughout North America are voting to remove this additive from their water, as more people become aware of this allegedly misguided effort to reduce dental cavities.

Actually, there’s evidence that fluoride isn’t good for our teeth, or for our bones, according to the Fluoride Action Network. It is known that ingesting too much fluoride can lead to a condition known as fluorosis. A visible sign of this problem is teeth with brown mottling and unnatural-looking white patches.

Is Fluoridated Water Bad For You?

I do need to point out that many health experts do not consider fluoridated water to be a health risk. So I urge you to do your own research on this issue. However, research suggests that excess fluoride has a negative effect upon thyroid function. The thyroid controls many bodily functions, and optimal levels of thyroid hormones are necessarily for good health.

Some of the most comprehensive research was a joint study done at Harvard School of Public Health and the China Medical University in Shenyang. This was a large meta analysis that examined more than two dozen previous studies. The researchers concluded that fluoride may affect cognition in children.

So, if added fluoride is a concern, there is a relatively easy way to remove it from your tap water.

Here’s An Easy Way To Remove Fluoride From Water

Unfortunately, I live in a community with fluoridated water. So I go to great lengths to avoid this chemical. I buy bottle spring water for drinking. I’ve also installed a Tap Master Jr Counter Top water filter, designed to remove the vast majority of fluoride.

Many people believe they’re removing all contaminants when they use a pitcher-style water filter. Some foreign substances are caught by these inexpensive devices. But not fluoride.

In order to remove fluoride, you need either a reverse osmosis filter or one that uses activated alumina.

The Tap Master Jr Counter Top filter employs charcoal and activated alumina to trap the contaminants from your water supply.

Activated alumina is not a toxic chemical like aluminum, which you also wouldn’t want in your cup of tea, and it also doesn’t leach into your filtered water.

Volumes have been written about the potential dangers of adding fluoride to the water supply. If you’d like to read more, here are some excellent resources.

The Case Against Fluoride

The Tap Master Jr is much less complicated than an under-the-sink reverse osmosis filtration system, which will remove nearly all of the fluoride, as well as lead and other potentially hazardous compounds.

However, if you are really serious about getting rid of nearly all of the fluoride, a reverse osmosis filter is the way to go. Depending upon the model of the filter you purchase, and your own handyman skills, you may or may not need a plumber to install an under-the-sink reverse osmosis filter. Here are some popular filtration models available online. 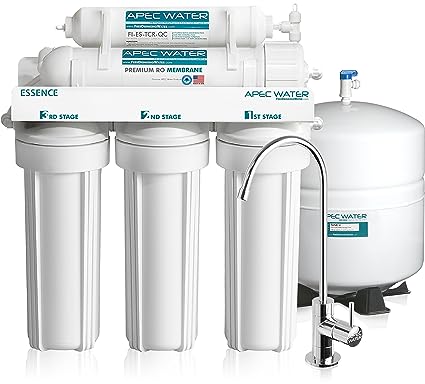 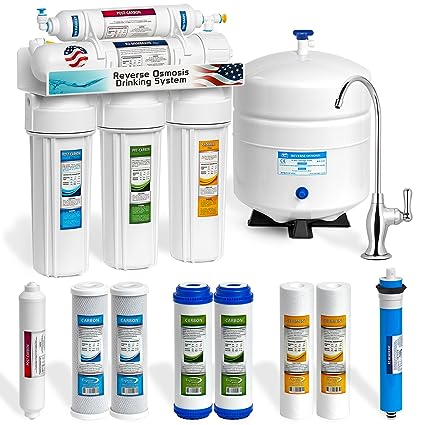 After doing some research, I concluded the next best thing to reverse osmosis is a counter-top activated alumina filter. We’ve had our Tap Master Jr filter for several years. My then teenage daughter installed it in just a few minutes, so it didn’t require hiring a professional.

Our Tap Master will filter about 500 gallons of water and needs to be changed about every three months, with average use. I buy bottled water for drinking, since the Tap Master does not remove 100 percent of fluoride. When I used it for both drinking and cooking water, I tend to change our filters a bit more frequently.

The Tap Master Jr literature claims that it removes 90 percent of fluoride and arsenic, as well as other toxins such as chlorine. Because it doesn’t remove 100 percent of fluoride, I generally use it for cooking and for washing produce. So I still buy bottled water for drinking. I figure this is a reasonable compromise that significantly reduces our family’s fluoride consumption. 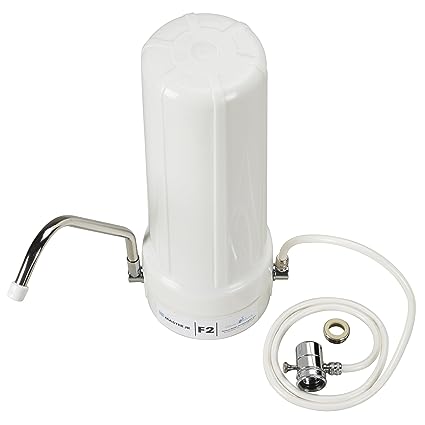 Why Fluoride is Added To Water

The first community in the United States that agreed to have its water treated with fluoride was Grand Rapids, Michigan. This happened in 1945. Fluoridation next took root in Wisconsin, and then spread throughout the rest of the country.

Fluoride is added to drinking water because it’s believed this will lead to a reduction in dental cavities. Studies, though, have been very conflicting, fueling the controversy that this chemical serves no public health benefit.

Right now more than 70 percent of the US public water supply has fluoride added to it. You are more likely to find fluoridated water in major metropolitan areas. One notable exception is Portland, Oregon. The issue has gone before voters multiple times. Each time it was soundly rejected.

Leave a Comment
Previous Is Wearing Tampons Bad For You?
Next Why You Want Your Kids To Eat Organic Halloween Candy