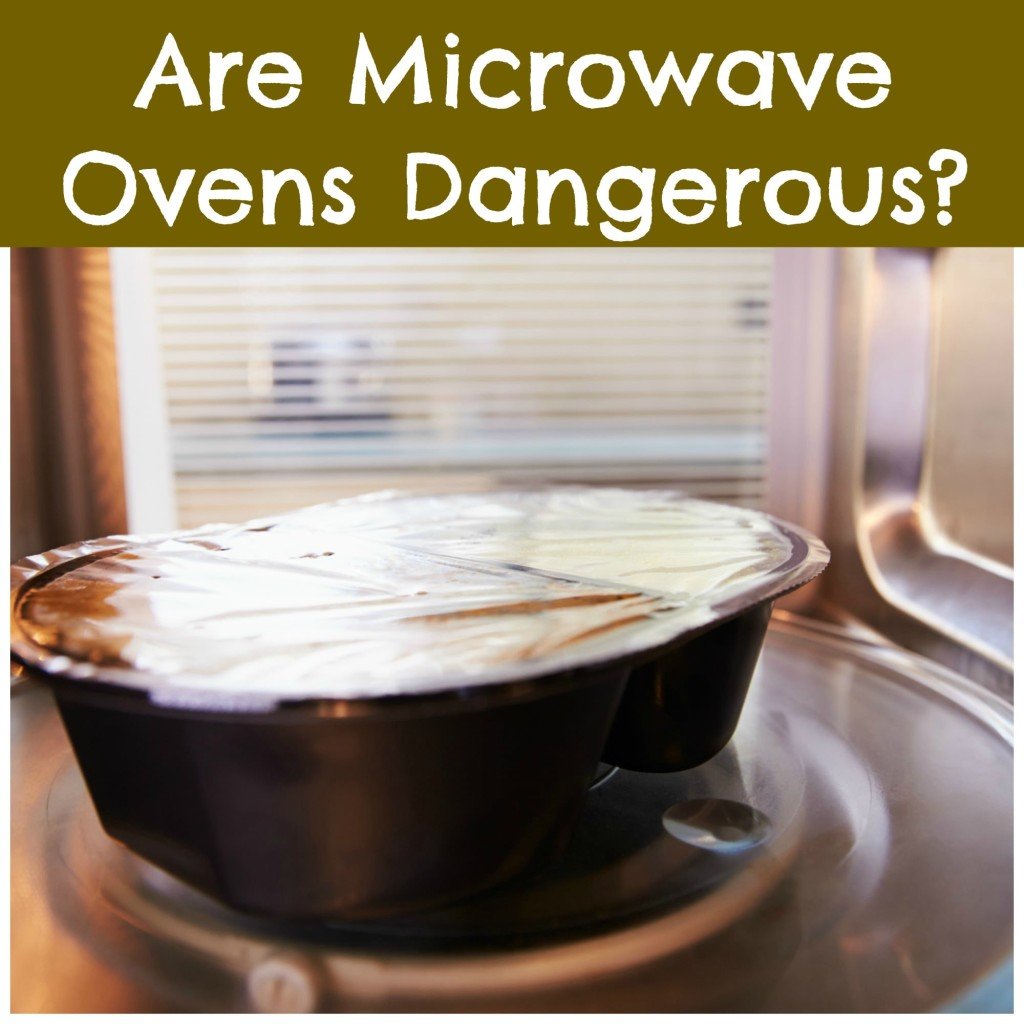 As a non-scientist, I can’t crunch the data in order to give you a definitive answer to this question.

But I can tell you there’s more than enough cause for concern.

That’s why, in my kitchen, this built-in appliance, which came with our house, never gets turned on. Eventually, when our kitchen is remodeled, I want to have it removed altogether.

We hear bits and piece of microwave warnings. But are we getting the real story?

For instance, most people know not to cook microwave meals in plastic containers. That’s because toxic compounds may leach into your foods.

Parents are also warned not to heat baby bottles in a microwave. The liquid can easily become hot enough to burn a baby’s mouth.

But we rarely hear medical experts say not to use a microwave at all. That’s right, some researchers believe all microwaved food is potentially dangerous.

Even proponents of this technology admit that microwave cooking depletes certain essential nutrients. Other authorities, including Dr. Joseph Mercola, DO, one of the most highly regarded alternative health experts in the United States, tells people to never use this device for food preparation.

Are Microwave Ovens Bad for Your Health?

I have enormous respect for Dr. Mercola, and his straightforward warnings. I listen to him and I trust what he has to say.

Dr. Mercola notes that, in addition to the issue of potentially destroying vitamins, “zapping” your meal creates molecular changes. Whether or not these changes are harmful is a matter of great debate.

However, there is a body of evidence that eating foods cooked in a microwave is a risky proposition. Citing sources compiled by an independent research group, Dr. Mercola points out that microwaving different foods, including meats, vegetables grains and milk, has been shown to create carcinogens.

Microwaves also appear to be part of a larger problem that some holistic health experts refer to as “electronic pollution.” This widespread issue is documented in a book called Zapped, written by Ann Louise Gittleman. I bought this book for my teenage son, who thought I was over-reacting by warning him not to put his cellphone to his ear. He thought the same thing about the house-wide banning of the microwave.

Anyway, this book is one of the best references I’ve found on the overall dangers of electromagnetic pollution. In this book, she also presents tips for detoxing your body from the harmful effects of all types of radiation. What’s particularly useful is the advice she gives about reducing our exposure. In our modern world, we can’t completely avoid EMF’s.

At the back of Gittleman’s book are her suggestions for food and spices that can help replenish the nutrients and anti-oxidants, which, she notes, “electropollution robs from your body.”

Microwaves use non-ionizing radiation. This doesn’t alter the physical structure of the atoms it comes into contact with. Ionizing radiation, by contrast, is what’s used in x-rays and nuclear power. Everyone agrees this type of radiation can be harmful or deadly, depending upon the dose.

But some experts, including Dr. Mercola, believe the potential risks of long-term exposure to non-ionizing radiation also need to be explored.

Never before in the history of the human race have so many people eaten microwaved food. There are even new terms to describe this type of cooking, such as, “I’m going to ‘zap’ my food” or “Just ‘nuke’ that potato instead of baking it in the oven.”

As I mentioned earlier, I do have a microwave in my own kitchen. But I never use it. It came with the house and we haven’t found a suitable substitute for the space it occupies.

When my family dines in a restaurant, I ask the waiter or waitress not to serve anything that’s been in a microwave. I suffer from chronic inflammation, so I need to be very careful what I eat. Sometimes, I need to quickly change my order. For instance, if a restaurant prepares all baked potatoes in a microwave, I will order something else.

Although I can’t answer the question of whether microwave ovens are harmful, here are some points to ponder.

How to Avoid EMF Radiation in Your Home