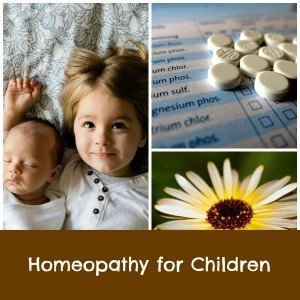 I want to stress that I’m not a doctor or a professional homeopath. This article is written for informational purposes only. It’s a personal story of how homeopathy has helped my family. So if you have any health concerns, please discuss them with a licensed practitioner.

When my children were little, whenever they got sick, I picked up the phone and called our wonderful and talented homeopath. I owned a homeopathy kit that contained the most commonly used basic remedies. She’d choose the right remedy and tell me how often to give it.

Only if homeopathy didn’t work did I think about visiting our pediatrician. Nearly always, I didn’t have to take this next step.

However, I did stay in contact with our doctor over the phone. Fortunately, he was open to the fact we wanted a more natural approach.

We turned to homeopathy after one of our children was diagnosed with a serious health problem. Mainstream medicine offered no solution.

Once we saw how well homeopathic remedies helped, we were started using them for other problems, ranging from injuries to ear infections.

If someone had told me that a simple sugar pellet could quickly tame a raging fever, or make a child feel much better, I wouldn’t have believed them.

This is something I had to see for myself. And this would never have happened if we hadn’t had such a terrible experience with mainstream medicine.

Searching for a cure for our child, we stumbled upon this remarkable 200-year-old system of medicine. It was the only thing I found that can bring such deep healing. (However, we believe it was God who did the healing. The remedies were just His instruments.)

A Brief History of Homeopathy

Modern homeopathy was established about 200 years ago by a German physician named Dr. Samuel Hahnemann. However, at some point, he became disillusioned with the medical system.

So he retired from his medical practice. He then began new research, moving in a different direction. Eventually, he discovered that giving someone a tiny, infinitesimal amount of poison would spur their body to heal itself. By matching the symptoms of what this poison would cause, if taken full-strength, he developed a large collection of individual remedies, made from highly diluted toxins.

Initially, I was put off by this fact. I’d heard about homeopathy earlier. But I avoided it because of its association with poisons.

However, I now know that homeopathic remedies are safe. The original substances are diluted so many times, that they become a non issue. You do no need a prescription to buy individual remedies or a homeopathic remedy kit. You may not find the in your local drugstore. But they’re available online.

Homeopathy has helped our entire family. Even our dog has taken various remedies, for injuries as well as illnesses. It appears to work very well for animals.

In certain countries, such as India, homeopathy is very popular and there are many practicing homeopaths.

Homeopathic Remedies for Fever in Children

Homeopathy seems to be very effective with children, perhaps because their bodies are young and can heal rapidly, especially during an acute illness. Again, this is something I wouldn’t have believed, if I hadn’t seen it myself.

I’ll never forget the time my three-year-old son was sick with a high fever and raging ear infection, which had come on quickly. All he wanted to do was sleep.

A kindly voice at the other end of the phone told me what remedy to give him. In less than a half hour, he was wide awake and asking for something to eat. It took multiple doses of this remedy to bring the infection under control, without antibiotics. Later, the pediatrician examined his ear and told me the infection had cleared. (I was always very careful to still work with our doctors.)

There are only a couple of downsides to homeopathy. One is if your child really does need conventional medical care, and you neglect to get it. But this is something we never did.

How to Find a Homeopathic Doctor

It’s difficult to know what remedy to give, and how often to repeat a dose. (Or, if you need to give another dose, because oftentimes you don’t.) This is why it’s important to work with a good homeopath. Even if you don’t have one in your area, it’s possible to do this long distance. We had very good success, even with homeopaths who lived out of state.

But, no matter where your homeopath lives, you’ll want to learn as much as you can about this healing method. That’s because you’re the one observing the child, and your instincts are often correct. A good homeopath will greatly respect parental input.

Also, there are very few practicing homeopaths in the United States. Many of them don’t have coverage when they’re away, or unavailable. So you’ll want to learn as much as you can about the various remedies, in case an emergency arises.

Our second child had completed 21 rounds of antibiotics by the time he was three. We decided enough was enough, as these had a negative effect on his health. If our homeopath wasn’t available, we needed to select our own remedies. One of the best books I own is called Homeopathic Medicine for Infants and Children. It helps make the remedy selection process much easier, especially for beginners.

If you plan to use homeopathy for yourself, or for your family, at some point, you’ll need a collection of remedies. At first, I purchased a few individual remedies. However, I realized that buying a kit was much more practical.

You’ll also want a remedy kit if an emergency arises. Illnesses in young children can progress very rapidly. (They can heal very quickly as well.) In that case, you’ll want to be able to contact your homeopath, and have the right remedy on hand. 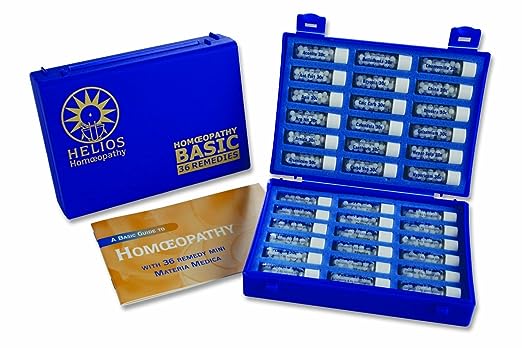 This 36 Homeopathic Remedy Starter Kit contains all of the most commonly used remedies, including Arnica, which many homeopaths believe should be in all homes. It’s generally the first one recommended during any type of bloodless injury, including a head blow. (It’s not recommended if someone is bleeding, as there’s another remedy for that.)

These statements have not been approved by the FDA. These products are not intended to diagnose, treat, cure or prevent any disease. People with health concerns should discuss them with a doctor. Women who are pregnant or nursing should not use homeopathic remedies, unless directed to do so by a healthcare professional.

Where to Find a Homeopathic Practitioner

Leave a Comment
Previous Homeopathic Remedy For Anxiety In Children
Next Does Arnica Reduce Swelling?