How To Deal With Entitlement Mentality 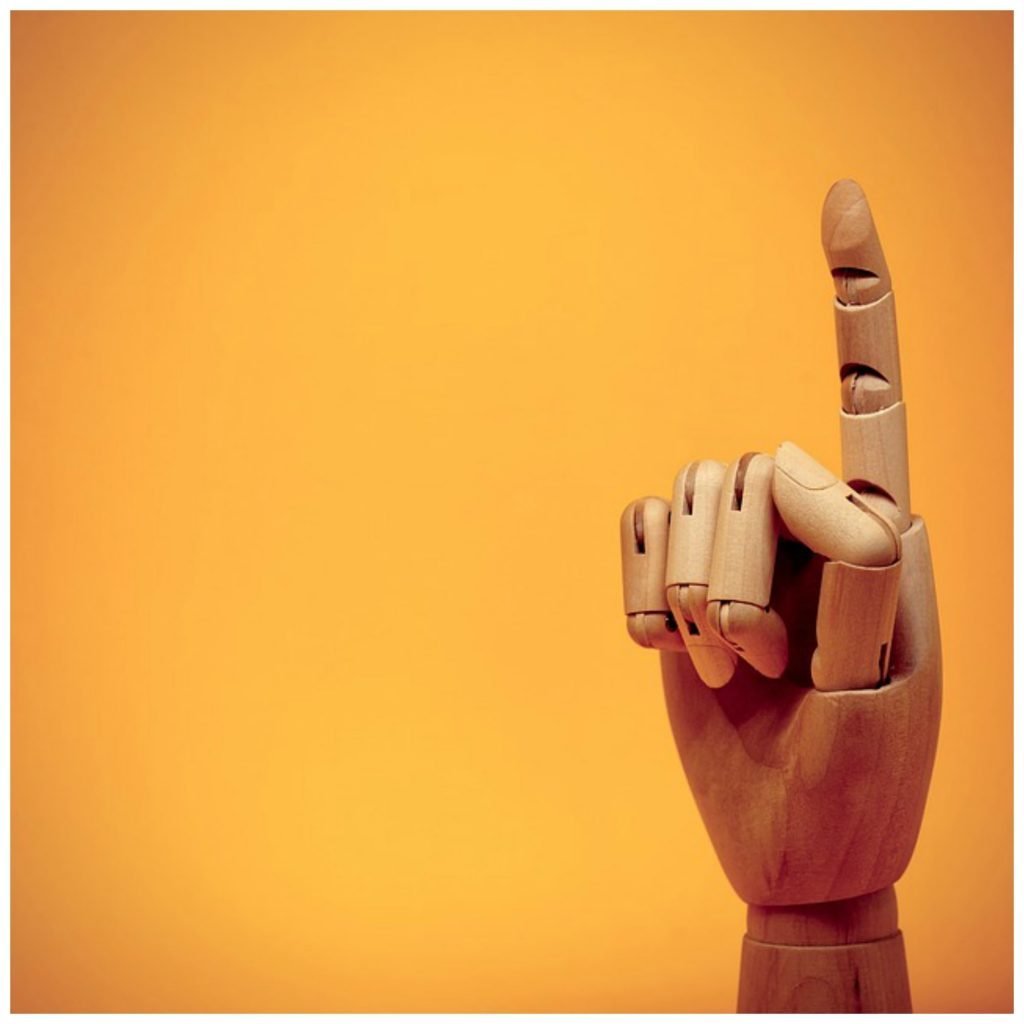 There’s no reliable way to spot a malignant narcissist.

This means dangerous people can go undetected, even by trained professionals.

So, if psychologists sometimes have trouble spotting them, the rest of us probably will too.

The trickiest narcs to identify are the coverts. They often appear saintly. Better than the average person. Too good to be true. Because they are.

The problem is that coverts are highly destructive. Once inside your life they go on a search and destroy mission. They search for everything that’s dear to you. Then they try to destroy it.

They systematically go about ruining your life, with sneaky, underhanded tactics.

Typically, you don’t know anything is wrong. Until the damage is done. You may be out of a job. Out of a social group. Or even out of a marriage.

Disordered people may target your finances. This will be a very expensive lesson in personality disorders.

Obviously, you want to prevent this from happening in the first place. But how?

How To Deal With Entitlement Mentality

I’m not a therapist or a mental health professional. Just someone with first-hand knowledge of dealing with a covert narcissist. (Whom I happened to meet at church.)

The professionals say there’s no foolproof way to guard against these wolves in sheep’s clothing.

But there is one thing to watch out for. That’s an inflated sense of entitlement.

I’ve met a number of difficult people in my life. Every single one of them has unrealistic expectations of what others should do for them.

All of us feel a little entitled. This is known as normal entitlement. We believe we deserve certain things. We expect things to go our way. This is not a pathological trait.

Disordered people, though, take it to new heights. They expect the world to cater to them. They’re perpetually disappointed that this doesn’t happen. They get angry. They lash out. Relationships end.

Not everyone with entitlement mentality suffers from malignant narcissism. This is is important to note. It’s also true that we shouldn’t go around diagnosing people.

It takes a professional to diagnose a personality disorder, such as malignant narcissism. This disorder was first described in 1964, by a psychologist who called it the “quintessence of evil.” If you’ve ever met a malignant narcissist, you know exactly what he’s talking about.

Diagnosing should be left to the professionals. But it doesn’t take an advanced degree to spot entitlement.

Entitlement mentality is a “gimme gimme gimme” attitude. It typical rears its ugly head early in a relationship. If you meet the demands early on, expect them to intensify later.

Why Do People Feel Entitled?

When I see entitlement mentality, I rethink the relationship. If a relationship is going to be one sided, it’s good to know this at the outset.

That way you can temper expectations. Going forward, expect to see a lot more demands, and disappointment if you don’t meet unrealistic requests.

Entitled people are very good at getting their needs met. They pump you with tales of how much other people do for them, to guilt trip you into doing the same. Don’t fall for it. (For one, it may be embellished. Two, you don’t have to jump at anyone’s commands.)

Even though you may not be dealing with a malicious person, you have a difficult one on your hands.

He or she may not try to ruin your life. But this individual is going to expect a lot. And then get disappointed when you don’t come through. (One way to deal with this is to put up firm boundaries. Stick with them. Ignore the disappointment and move on. Eventually they get the message.)

False Sense of Entitlement in Adults

Again, everyone is different. So it’s hard to put people into neat little boxes.

Some people may test the limits. Then accept it when you say “no.” Actually, I know someone who fits that description.

She’s an otherwise nice person. But she’s very demanding. (If you let her.) But she doesn’t sulk when you say “no.” Oftentimes, though, she’ll try another way to get you to say “yes.”

She’s not malicious. She’s not trying to ruin anyone’s life. She’s just very entitled. So it’s possible to maintain a relationship with her. With firm boundaries.

When the demands come I just politely shut them down. Without feeling guilty. Entitled people know what buttons to push. The guilt button is one of their favorites. 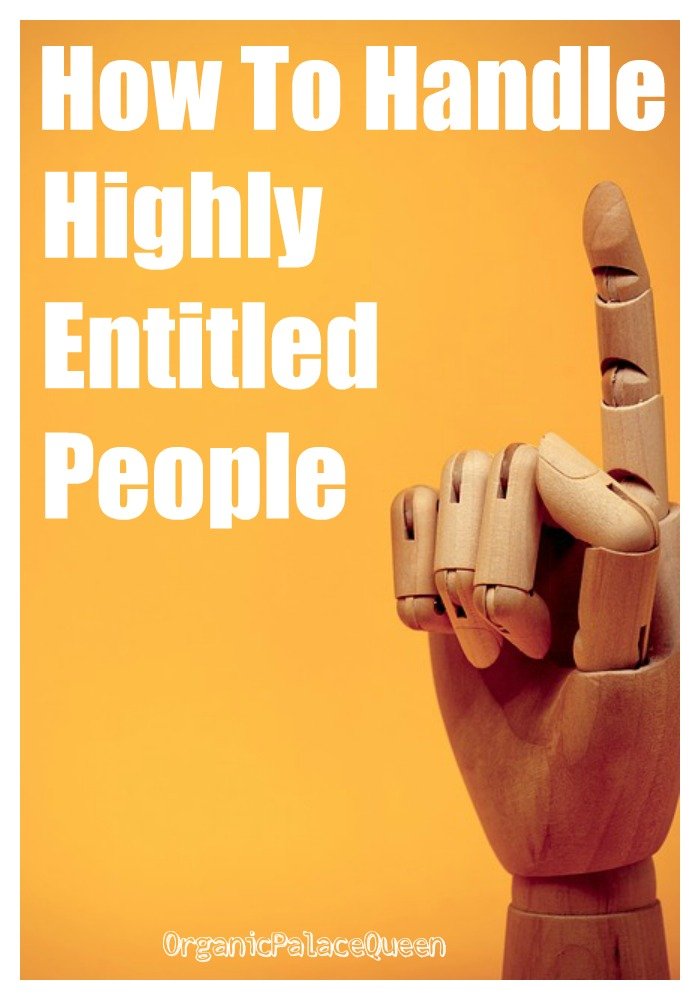 A Narcissistic Sense of Entitlement

As I mentioned earlier, entitlement that appears early in a relationship is a bad sign. Because it’s going to intensify.

At the very least you’re dealing with a difficult personality. Normal healthy people don’t expect others to constantly go out of their way for them.

Nor do they test people to see how far they can push them. People with a normal sense of entitlement also take “no” for an answer. They don’t try to get you to change your mind. Or ask the question another way, to see if you’ll say “yes.”

Agreeable people don’t want others to put themselves out. Difficult people do. It almost feels as if they think up tasks, so this will happen.

Sometimes gracious people in our lives need our help. It’s a pleasure to help them. They appreciate what you do. They thank you profusely. They think of ways to lighten your efforts.

Entitled people just the opposite. In fact, one way to spot entitlement is lack of graciousness.

Entitlement mentality often comes across as rude or brusque. Even after you complete a request, it leaves you with the sense it’s not quite good enough.

How To Deal With Entitled People

Anyway, whether someone is a full-fledged narcissist or not, entitlement mentality is a force reckon with.

Sometimes you don’t spot it right away. You want to assume the best. But at some point you see a pattern.

One caveat though. Children and young adults typically have entitlement mentality. It’s supposed to go away with age. But sometimes it doesn’t. It’s adult entitlement I’m talking about here.

When you see entitlement rear its ugly head, you have a decision to make. Is the relationship worth keeping? It’s always going to be one sided.

If so, then, how do you deal with the entitlement? Here are some tips:

Narcissistic Rage and the Sense of Entitlement

They make a lot of demands. They may fly into a rage if you say “no.” (Even though we’re not supposed to diagnose, though, this is a very bad sign.)

Even without a diagnosis, it’s fair to say you’re dealing with a toxic person.

Sometimes we have to deal with toxic people. Because we may be related to them. Or we may work with them.

Other times we don’t. If it’s a chosen friendship, it’s doomed for failure. Because normal, healthy people don’t behave this way. For you, there’s no upside to this relationship.

This website is dedicated to natural health and a non-toxic lifestyle. But I frequently write about toxic people. Because dealing with them can ruin your health.

That’s why good boundaries are needed. Also, you can save yourself a lot of trouble by looking for warning signs before someone becomes part of your life. That’s why I wrote a free eBook called How To Spot A Treacherous Person, which you can download by clicking on this link, or the image below. 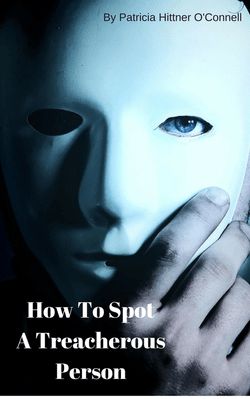 How To Forgive A Narcissist And Move On

Leave a Comment
Previous Why Foraging May Be Dangerous
Next Is Muscle Testing Legitimate?