How To Eat Gluten Free For Beginners 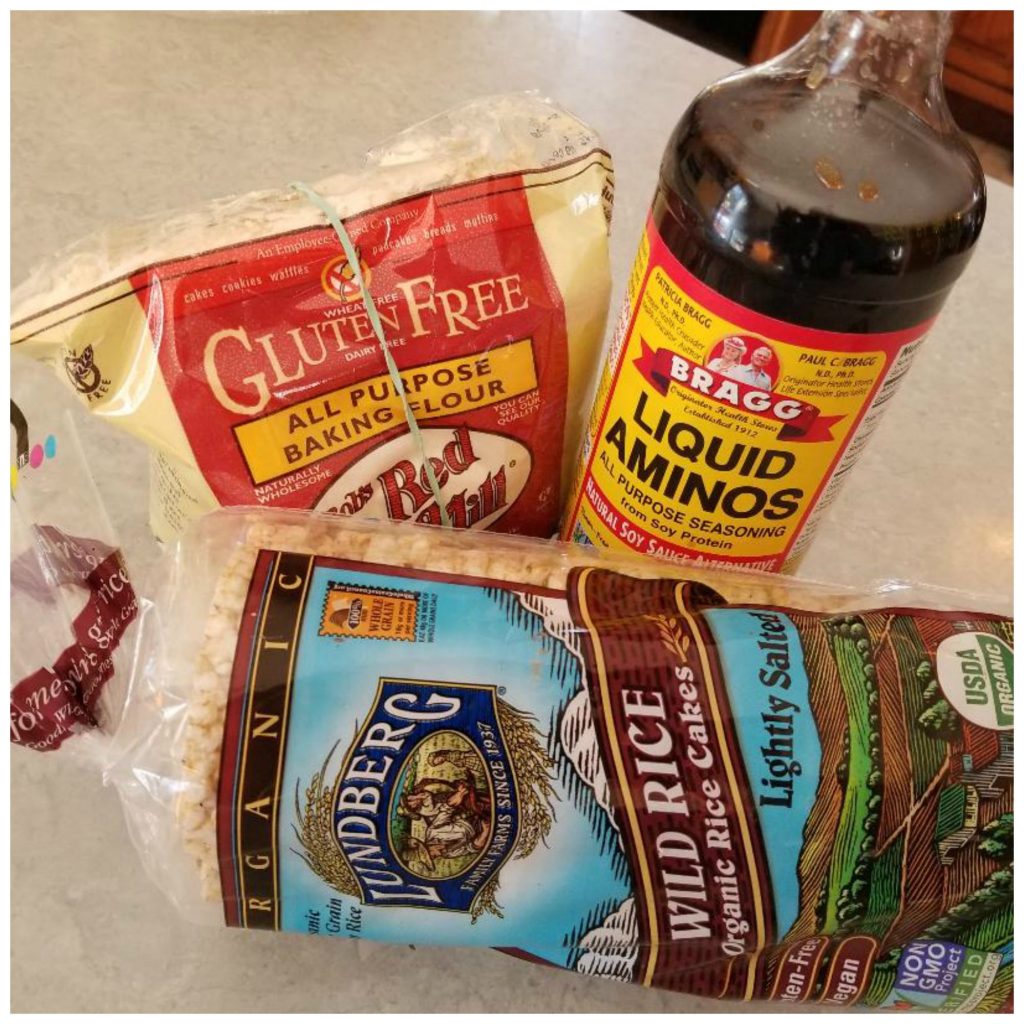 But once you get past that curve, living without wheat becomes second nature.

(At one time you either had to shop at a health food store or order gluten free flours online.)

Cooking also becomes infinitely easier as you develop a list of recipes, and learn how to cook without wheat flour.

However, people extremely sensitive to gluten should check with their doctor before eating in a restaurant. That’s because of the possibility of cross contamination in the kitchen.

The good news is that going gluten free is much easier than it was a couple of decades ago.

But there’s still that learning curve.

How To Eat Gluten Free For Beginners

I am gluten free but not because I have celiac disease, as so many others do.

Instead, I seem to have a sensitivity. I’ve noticed that eating wheat aggravates my chronic widespread body pain. Being gluten free (and dairy free) helps immensely.

So I’m writing from the perspective of someone not living with celiac. (But I have included a link to gluten free foods, published by the Celiac Disease Foundation at the end of this post. It’s a good resource for anyone who’s trying to avoid gluten.)

This means I can go to a restaurant and not worry about cross contamination. If a little gluten slips into my meal it’s no big deal.

I can also go to an Asian restaurant and order a rice based dish. Even though I know some of the sauces may contain gluten.

But for the most part, when I’m home, my diet is 100 percent gluten free.

People with Celiac disease should read this article in light of that fact. I encourage you to work closely with your doctor and to be vigilant with staying away from gluten, especially in restaurants.

In general, it’s a lot easier to be gluten free at home than it is when eating outside the house.

But if you’ve read this far you probably already know that.

Check with your doctor before going gluten free. Especially if you have a chronic illness or digestive issues. I’m not a physician and I can’t give medical advice. All I can do is share practical tips for gluten-free living.

The fewer processed foods you buy the better. However, you can now find a wide range of products labeled gluten free. If they’re from a reputable company you can trust them.

However, unless the company is dedicated provider of gluten free foods, processing equipment may be shared. This increases for odds of cross contamination.

For some of us this isn’t a problem. But highly sensitive people should be aware of this.

Fruits and vegetables in their pure raw state are gluten free. So are meats, dairy, fish, nuts and dried legumes. There are many gluten free grains to choose from, including rice and sorghum. (The latter is one of my favorites. Sometimes when I need a quick meal I coat raw chicken in sorghum flour and fry it in grapeseed oil. This results in tasty and crisp chicken nuggets.)

Rice is also gluten free. I often eat organic brown rice cakes with olive oil for breakfast. (You can probably get these at your local grocery store.)

You can find many gluten free recipes on the Internet. There are also blogs dedicated to gluten free living.

Or you can experiment and create your own recipes.

Certain products such as all purpose gluten free baking flour and a gluten free soy sauce alternative make it easier.

In the past I’ve ordered separate types of flour and mixed them together to create a gluten free flour substitute. But I’ve found it’s much easier to buy a ready to use mix instead.

Very soon gluten-free cooking becomes second nature. Really it does. Before long you even begin to feel comfortable inviting people over for dinner, and serving gluten-free meals.

People who feel as if they need help getting started can also turn to healthy meal planning services such as Real Plans. This service delivers weekly menus, along with a shopping list. It’s designed to make healthy cooking easier. And reduce food waste.

Gluten and dairy free options are available. Real Plans also offers telephone and live chat if you feel as if you need extra help.

Gluten Free Eating In A Restaurant

A number of years ago one restaurant owner (a high end place) told me that at least 10 percent of his customers want gluten free meals. I imagine that number is higher now.

I’ve gotten so used to eating gluten free pasta, which I often make at home, that I barely notice the difference between gluten-free pasta and regular pasta.

The brand of gluten free pasta I use is sold by Tinkiyada. If you can’t find it at your local grocery store it’s available online.

Many alternative health practitioners recommend gluten free diets for people with autoimmune disease and other types of chronic illness. Even if they don’t have celiac disease.

So thankfully people who aren’t overly sensitive to gluten can now go into a restaurant and order gluten free.

Big cities will have more gluten free choices. Lately, I’ve been able to go to a local pizza chain and order delicious gluten free pizza. Minus the cheese, because I’m also dairy free.

The most challenging part of eating gluten free is when you go on vacation. Especially if you travel on a plane.

The best thing to do is to pack two gluten free meals and put them in your carry on luggage. This way you won’t be at the mercy of airport food vendors.

You might find gluten free options at large metropolitan airports. Or you may not.

I typically pack at least two sandwiches for each leg of the flight. Then when I land in an unfamiliar city I head to Whole Foods, which has a buffet that contains gluten free items.

Typically I travel with family members. We meet relatives. We meet friends.

My schedule isn’t my own. Nor are more restaurant choices.

Usually I can find something gluten free. Or at least relatively gluten free. (I can have some gluten. Just not a lot. Or my pain tends to increase.)

If the restaurant doesn’t serve gluten free items, I tend to just eat the meat, vegetables and salad without dressing. I also fill up on organic gluten free crackers.

I take several boxes of Mary’s Gone Crackers every time I travel, for such occasions.

How To Avoid GMO’s In Gluten Free Food

This is unfortunate. Unless I see a Non GMO Project label I assume an item is made with GMO’s. That’s because most of the corn and sugar grown in the US is genetically modified. Oftentimes, corn flour is used in place of wheat flour. Soy lecithin may also be added.

There’s no conclusive proof that GMO’s are a human health risk.

I’ve decided not to buy food that contains genetically modified ingredients, which generally aren’t sold in Europe, where they are labeled.

It’s unfortunate we have to worry about GMO’s as well as gluten. I hoping this will change as more American consumers reject foods made with DNA combinations not found in nature. 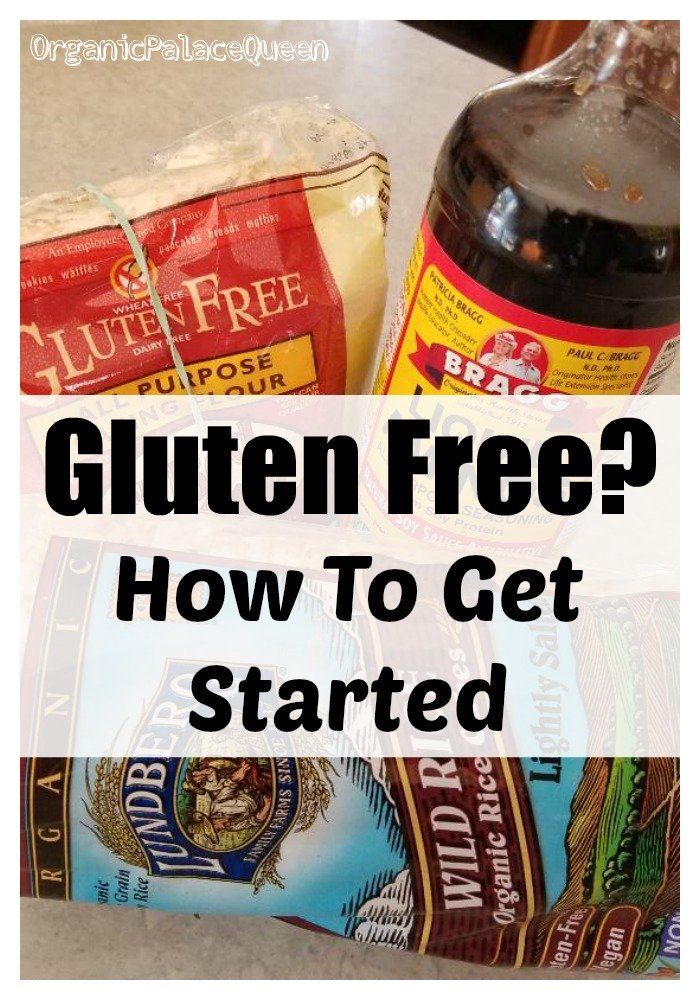