How To Forgive a Narcissist And Move On How to forgive a narcissist and move on? It’s not easy. It’s excruciatingly difficult. Because narcissists hate to apologize.

Usually they won’t. Or they’ll say the words, “I’m sorry.” This is immediately followed by a litany of your faults.

But it’s possible to forgive. Even without a sincere apology. Keep reading and I’ll explain how.

Narcissists are self absorbed. They can also be cruel.

People with narcissistic personality disorder put their own needs first. They trample on others, seemingly with no remorse.

At one end of the spectrum is something known as malignant narcissism. It’s similar to sociopathy. So you can expect lying, cheating, stealing and backbiting. These types of narcissists use people. Then, as the relationship unravels, they attack your character.

Anyone who listens will hear how abusive and dishonest you are. Psychologists call this projection. The narc accuses you of behaving the same way he or she does.

Moving On From Narcissistic Abuse

If you’ve been involved with a narcissist, you know just what I’m talking about. If not, there’s no way I can possibly explain how frustrating it is to deal with someone who fits the above description. I’m not a mental health professional. So I write only from the perspective of someone who’s had first-hand dealings with a malicious person.

This is a natural health website. I write a lot of about natural remedies. But I like to touch upon narcissism. That’s because I believe malicious people can hurt your health, and that they’re every bit as dangerous as any toxic chemicals.

I also like to share my personal experience with my readers. Yes, I did have a morally disordered person in my life. But, even more importantly, I want to give them tips on how to forgive malicious people. If they’d like a more in-depth discussion, they can check out the book below.

How to Forgive a Malicious Person Book

How to Forgive a Narcissist

If you’ve read this far, you’ve probably encountered a narcissist. Chance are, he or she has caused immense destruction. That’s just what narcissists do.

However, no matter what happened, it’s in your best interest to forgive. Actually, that’s the only way you’re going to get beyond these unfortunate events. This is challenging, to say the least. That’s because narcissists do their dastardly deeds while presenting a saintly face to the rest of the world. Few people would believe this charming and persuasive person is capable of so much evil.

How to Get a Narcissist to Apologize

Also, narcissists hate to apologize. Usually they don’t. Instead, they’ll flip the tables and try to make you apologize, for a real or imagined slight. So, if you’re waiting for a sincere apology, don’t bother. That’s because it will probably never happen.

All of the above makes forgiving a narcissist exceeding difficult. But we still have to do it.

The reason you want to forgive is for you. Trust me, the narcissist doesn’t care one iota if you forgive. Actually, I think someone with this disorder would much prefer that you remain angry. That means you’re still firmly under their thumb.

How to Forgive the Narcissist

I can’t even begin to tell you how liberating it is to forgive. This allowed me to reclaim my life. It set me free. It opened my eyes. In fact, it had such a profound positive impact that I wanted to help others do the same thing. So I wrote a book about How To Forgive a Malicious Person.

How Do You Forgive Someone Who Betrayed You?

I’ll admit it’s difficult, especially when dealing with betrayal. Here’s what happened to me. I’m a happily married mother with children. But I had to forgive a deceitful female friend who created a lot of drama. The fallout was ugly, with a lot of collateral damage. (Narcissists are skilled at turning people against their target.)

But there are real benefits to forgiveness. These are for you, and not for the person who hurt you. It’s been proven that people who forgive have reduced stress and less depression.

So it’s important not to wait for an apology. Since it’s highly likely it will never happen.

How to Forgive Someone Who Lied About You

But that’s part of my past. And, in a strange way, a lot of good came out of it. Actually, I feel blessed. Surviving narcissistic abuse gave me new insight into the human condition. And I can use my experience to help others.

Recovering from this ordeal left me changed. But, I hope, for the better. I have a renewed appreciation for human goodness. I have greater love for anyone who doesn’t undermine their neighbor.

I know that it’s possible to forgive just about anything, even someone who lied about you. (Narcissists are prolific liars.)

Tips On Getting Past Narcissistic Abuse

As I said, forgiving a deceitful and malicious person is not easy. But it’s doable. It’s something you have to do, in order to escape the narcissist’s grip.

These are just a few tips on forgiving someone who’s hard to forgive, and won’t say they’re sorry. In fact, insisting on an apology is usually a waste of energy. If you need more intensive help with forgiving, my book on How to Forgive a Malicious Person covers this topic in a lot more depth. Natural Remedies to Help With Forgiveness

Since this is a natural health site, I also want to tell you about essential oil blends designed for emotional release. Although I can’t promise they’ll speed the healing process, it has been shown that certain essential oils can help with stress and anxiety.

I use essential oils everyday. I love how uplifted I feel after inhaling them. Essential oils can also be used for massage. I often put a drop or two in a carrier oil and rub it on the inside of my wrists.

Anyway, you might be interested in a formula called Let it Go Synergy Blend. It’s sold by Plant Therapy, a company I trust, because I use its oils myself.

Forgiveness is a process. But there’s another type of natural remedy that may help it along. Although I can’t make any claims or promises, you may be interested in Bach flower remedies.

This is a gentle form of homeopathy that’s very easy to use. I love these natural flower essences, created in the early 1900’s by the late Dr. Edward Bach, MD. His work is still being studied today.

Two of his remedies are often recommended for people who find it difficult to forgive. Willow, on the left, is considered appropriate for people who believe they’re unable to forgive. Vervain is a remedy if the inability to forgive is accompanied by a sense of injustice.

Homeopathic remedies are not meant to be taken indefinitely. What I do is take just one does and wait to see what happens. (Typically, my symptoms clear up.) I never take a second dose unless the symptoms return, or didn’t completely go away in the first place. Then, I watch and wait again. 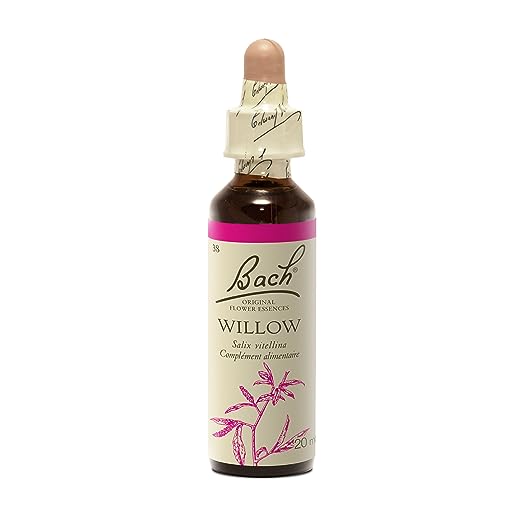 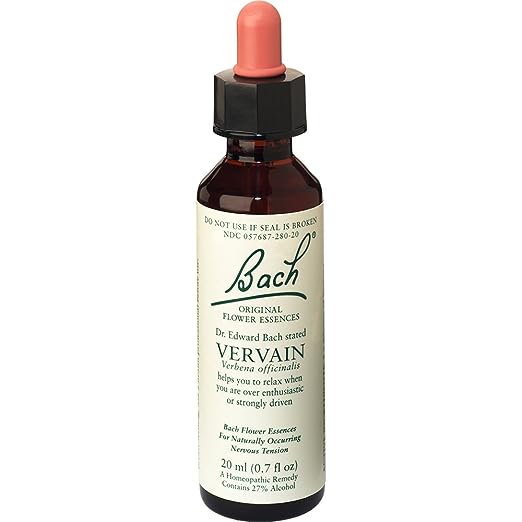 These statements have not been approved by the FDA. These products are not intended to diagnose, treat, cure or prevent any disease. Women who are pregnant or nursing should not use essential oils or homeopathic remedies unless directed to do so by a healthcare professional.

Also, I’m not a licensed mental health provider. So all of the above statements on narcissistic abuse reflect my personal opinion only.

Please visit my main page called Narcissism and Your Health. It contains links to my other articles on this frustrating personality disordered that appears to be an epidemic.

How To Forgive A Selfish Person

2 Comments
Previous Can You Get Rid Of Cavities On Your Own?
Next Should You Take Vitamins Or Not?