How To Learn About Homeopathy For Free 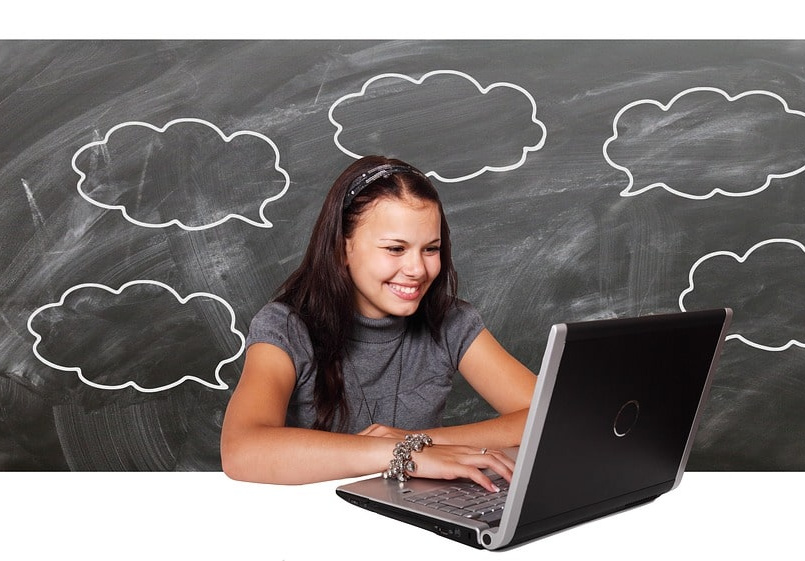 A growing number of people want to learn about homeopathy.

Especially in the United States, where this healing method all but disappeared but is now making a comeback.

There were homeopathic hospitals, doctors and medical schools.

Then people turned to antibiotics and other pharmaceuticals.

This healing art then seemed to disappear.

I first heard about homeopathy in the late 1990’s, while searching for ways to boost my children’s immune systems. They seemed to catch everything. Every play date ended with an upper respiratory infection. They had trouble shaking these illnesses.

After many doctor visits and many rounds of antibiotics I finally got wise.

There had to be a better way.

Working with a skilled homeopath, they took a series of well-selected remedies.

It took years for them to recover. But the results were nothing short of miraculous.

At one point, one of my children was so sensitive to wheat that I had to pull him out of preschool. We had to do a big loop around the grocery store to avoid the bakery. Or else he’d start wheezing.

I envisioned going through life with a bubble boy. Because wheat is everywhere.

Even at church we had to be careful. I remember a few times when the family in front of us pulled out some wheat crackers so their children could make it through Mass. This meant we could never let down our guard. Anywhere.

Family gatherings were incredibly stressful. Because they centered on wheat-based foods.

At times I’ll admit I despaired.

What was the future going to look like? Would we ever be able to eat in a restaurant? Could we ever take a family trip? What kind of life was he going to have?

Then we met our an homeopathy, trained by the late, great Dr. Robin Murphy, ND. She treated the problem in layers.

The first remedy she gave him was Lycopodium, one of the best remedies in the Materia Medica for wheat sensitivity. He took it in LM potency and I remember him taking it for a long time.

Our homeopath also treated him for a miasm that seemed to lie behind his predisposition to upper respiratory infections. He also took remedies to detox from various allopathic medicines.

“Someday he’ll be able to have a slice of pizza and it won’t bother him,”  she said.

Thankfully she was right. Because he turned into a very independent-minded adolescent who wasn’t about to follow dietary rules.

I was so overwhelmed by my son’s miraculous recovery that I decided to learn more about homeopathy. Eventually I went to school and became a homeopath myself.

How To Learn About Homeopathy For Free

(This post contains affiliate links. If you purchase anything I receive a small referral fee at no extra cost to you.)

If you’ve read this far you’re probably interested in learning more about homeopathy.

These courses are good for beginners. But they only go so deep. Most of the good stuff is behind the paywalls. You’ll generally find the very best information and support with paid courses. (I say this with full respect for the content creators, who deserve compensation for their work.)

But there is a workaround.

You can study the Materia Medica. On your own. For free.

Self study does require more discipline. You do miss out on the precious nuggets of information contained in the paid courses, the ones that bring ideas and concepts together for you. So you understand homeopathy on a much deeper level.

But you can still learn a great deal with just the Materia Medica.

The Materia Medica is where all of the top homeopathic remedies are listed, along with their attributes.

You’ll read about what conditions respond to certain remedies. You’ll learn about modalities, a technical term for what makes a condition better or worse. You can study the mental characteristics of each remedy picture. Plus what physical sensations match each remedy, along with vivid descriptions. Such as, “Awful burning in region of pancreas.”

Learning the Materia Medica is the basis of homeopathic education. This is true regardless of it you attend a formal homeopathy program and pay as much as $12,000 a year, or whether, right now, you choose to study on your own.

Knowing the remedy pictures is vitally important. You won’t be able to help yourself or your family members without this crucial knowledge.

Where To Learn About Homeopathy For Free

However, there’s still a way to study a Materia Medica for free, if you can live without a hard copy.

There is a site called Free Materia Medica Books, which features writings of the great homeopathic masters of old, such as James Tyler Kent, John Henry Clarke and William Boericke.

You won’t find every remedy on this site. A lot of new remedies were added after the deaths of these homeopathic giants. We now have more than 8,000 identified homeopathic remedies and new ones are added all the time.

But, for now, the only remedies you need to worry about are the top polychrests.

Where Can You Learn About Homeopathy For Free

Polychrests are homeopathic remedies that cover a wide range of conditions. They are the most often prescribed in homeopathic practices. They’re the remedies we know the most about.

They have a long history of use and are considered the most “developed” remedies in the Materia Medica.

Homeopathy journals are filled with case histories that have responded well to these remedies.

These are the same remedies included in the basic 36-remedy family kits. I personally think these kits should be in every home. It’s much more cost-effective to buy a kit than it is to purchase single 30C-potency remedies.

If you have good knowledge of the remedies in these kits you’ll be able to help yourself and help others when an acute situation arises.

In homeopathy acute conditions are those that arise suddenly and will generally resolve themselves in a short period of time.

Chronic conditions are a lot trickier. Unless you’ve been studying homeopathy for years and are very well versed in this healing art I’d recommend consulting a professional.

Arthritis, fibromyalgia, chronic fatigue syndrome, autism and post traumatic stress disorder are some examples of chronic conditions. These are deep seated problems that don’t lend themselves to a quick resolution. They’re highly treatable, but it takes a lot of skill and progress will be slower.

The best way to study homeopathy without any financial outlay is to study some of the top remedies. Starting with the ones found in the popular 36-remedy kits sold on Amazon and elsewhere.

These are some of the remedies you’re most likely to use for acute situations, especially if you have children.

Focus on one remedy a week.

As one famous homeopath from India explains: You should get to know the remedies like you know your children.

This was Dr. Saptarshi Banerjea, MD and he’s the one who recommended devoting one week to learning a remedy.

Read everything you can about your weekly remedy on the free Matera Medica site that I linked to above. What I love about the Internet is that it’s now so easy to learn from the masters.

You can also do a separate searches and read about this remedy on other homeopathy sites.

What’s a keynote? This is something about the remedy that distinguishes it. Something unique. Something that makes you immediately think of this remedy.

For instance, Gelsemium is known for its lack of thirst. This is a keynote. It’s something to pay attention to if a person is usually thirsty but now that they’re sick with a flu they don’t want anything to drink.

Another Gelsemium keynote is what we call the Four D’s – Dull, Droopy, Drowsy and Dizzy. Droopy is an apt description of the Gelsemium look; the person’s whole face my look droopy, especially the eyes.

Arsenicum is known for its burning pains, along with a tendency for complaints to flare up after midnight. Those are two keynotes. Another Arsenicum keynote is restlessness. Even when sick with a cold or flu many people who need this remedy can’t stay still. They’re up and about, tryiing to get things done.

Is There A Way To Learn Homeopathy For Free?

Once you’ve learned 10 remedies really well think about adding to your knowledge.

At the end of 36 weeks you will have amassed a wealth of knowledge.

This puts you in a very good position to treat most acute cases that arise in your family.

At this point you have to decide which paid courses to take.

Depending on your goals.

Do you want to get better at home prescribing?

Or do you want to become a homeopath yourself?

Whatever you decide to do, you’ll do it armed with a lot of knowledge about the most popular homeopathic remedies.

Leave a Comment
Previous Can Oscillococcinum Help With The Flu?
Next How Can You Tell If A Homeopathic Remedy Is Working?