How To Make An Herbal Tincture With Vinegar 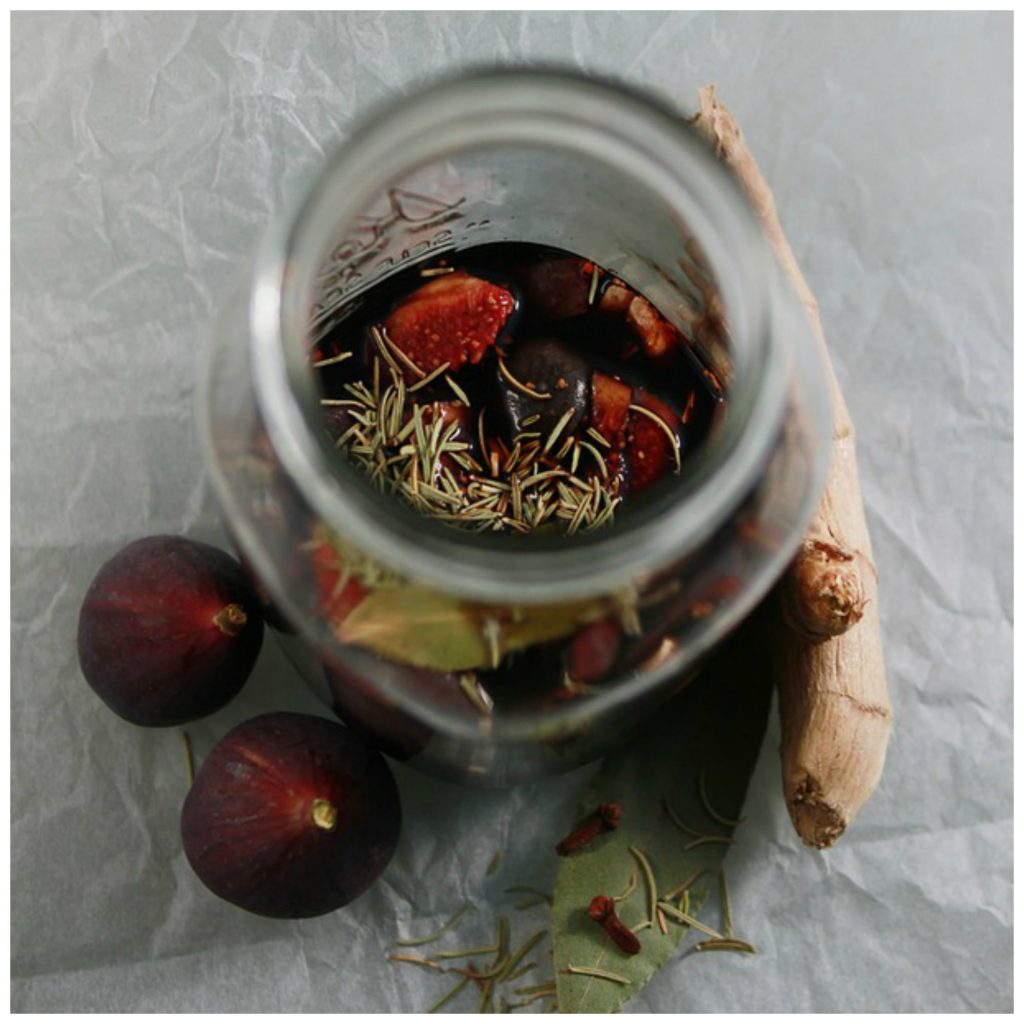 When my children were little, my homeopath wanted them to take an herbal tinctures. However, because of their delicate physical condition, this was an insurmountable obstacle.

Both of my children were extremely sensitive to anything made with wheat. The remedy in question was made with grain alcohol. Since they responded so well to homeopathy, I didn’t want to rock the boat.

My homeopath at the time understood that. We had a good working relationship, so she didn’t push the tincture.  That’s what I love about holistic medicine. You work closely with your practitioners to arrive at health solutions that work for you. This woman was amazing. Under her care, my children became so much healthier. She assured me they’d start to recover from their chronic health problems. And she was right.

Since then, the amount of information available on the Internet has exploded. Social media sites such as Pinterest help spread the word about herbal remedies and essential oils, which, just a decade ago, were little known in the United States.

Given this fairly recent information explosion, my homeopath and I could have easily come up with a workaround to alcohol-based tinctures. One would be a glycerite, made with vegetable glycerin instead of alcohol. The other would be a vinegar-based tincture. Vinegar tinctures are considered relatively mild. This makes them more suitable for children.

Dried herbs, on the other hand, have a fairly limited shelf life. So it makes sense to use herbs that are about to expire in a tincture, if they may not be used otherwise before they lose their potency.

There’s another advantage to tinctures. Many people put them in warm water. It’s believed this allows them to be readily absorbed by the body, since our bodies are made up of about 60 percent water.

Also, organic apple cider vinegar is believed to have a range of potential health benefits, in and of itself. So you get the possible synergy of using two or more plant-based remedies together. Herbalists generally recommend taking multiple herbs together because of this synergy. That’s why herbal supplements often contain four or more different plants.

However, I don’t think apple cider vinegar is a cure all, or that it will solve all of your health problems. Some people do seem to notice incredible benefits. Others don’t. I fall into that latter category.

How To Make Herbal Extracts With Vinegar

Your vinegar tincture will need to sit for a couple of weeks. So first, you’ll need a clean glass jar with a lid. You should also use powdered herbs. This consistency will better allow the medicinal agents to seep into the vinegar.

For any vinegar tincture, you’ll want to use 1 part of the herb to four parts of organic apple cider vinegar. Put this ratio in the glass jar, and store in a cool dark place. You’ll want to shake the mixture every day. After about two weeks, your tincture is ready to be strained. You can do this with cheesecloth or even a thin cotton sock. I’m a big believer in working with what you already have on hand.

How To Take Medicinal Vinegar

Herbal dosing is very individual. My best recommendation (and I’m not a medical professional) is to take the smallest amount needed to do the job. Then, stop taking it as soon as it’s done its job. I write this from the perspective of someone who is extremely sensitive to herbal and homeopathic remedies. Compared to the average person, I seem to need much less than most.

I’ve seen recommendations that it’s okay to take one tablespoon of the vinegar tincture several times a day. Personally, I’d probably shoot for much less, unless I was dealing with an acute situation, such as a cold. Then I might personally take it three times a day.

Also, make sure to dilute your vinegar tincture in water. Apple cider vinegar can be tough on your teeth. So you want to minimize contact with your tooth enamel.

However, herbal medicine is highly individual. I think you’ll always get best results working with a professional. Good herbalists, though, are hard to find. I don’t have one either. So I totally get the do-it-yourself approach. One way I know when it’s time to stop taking a particular remedy is if it begins to lose its appeal. I don’t want to take it and it repulses me a little. This isn’t the most scientific method. But it’s the best I have at the moment.

Another way to know when it call it quits with a tincture is if it does its job. For instance, if you’re taking a remedy for a cold, and you recover, there’s no need to keep taking it. Please understand, though, that I’m not a professional herbalist. So I’m just sharing my own thoughts on how I take remedies. (And that’s very judiciously.) People with chronic health conditions should always check with their doctor before taking an medicinal remedies.

You can use virtually any powdered herb when making medicinal vinegar. But there’s one recipe you may be interested in. It’s making the rounds on social media and it’s gaining a lot of attention. It’s loosely based upon the story of a purported mixture used by a band of thieves.

This germ-fighting recipe has an interesting story behind it. Legend has it that a group of Medieval thieves made a fortune during one of the great plagues. They stole from the sick and dying. But didn’t fall ill themselves.

Their secret was divulged once they were apprehended. Anyway, as it turns out, they came from a line of pharmacists. A secret recipe to ward off illness had been passed down. This is what they used. I’m not sure if this story is true. But there is some evidence of an old germ-fighting remedy. This ancient remedy is now on display in a museum in Marseilles. It’s said to have once been posted on the wall of a city.

How To Make Germ Fighting Vinegar

There are countless recipes for germ fighting vinegar. All of them, however, use multiple herbs. I have my own recipe, which I’ll share in a minute. However, you can also get creative. A wide range of medicinal plants have known anti-viral properties. Just use the general vinegar recipe instructions above – 1 part herbs to 4 parts organic apple cider vinegar.

But, anyway, here’s my own version of germ-fighting vinegar, based loosely on the composition of the popular anti-pathogen essential oils that have come onto the market.

Organic dried rosemary (You can find it here)

Organic dried basil (You can find it here)

Mix these ingredients together in a glass jar, let it sit in a cool place for two weeks and use as needed during cold and flu season. Remember to follow the ratio I mentioned above. That is 1 part of the combined herbal mixture to 3 parts of apple cider vinegar. You can also substitute or add organic lavender flowers, thyme or sage to the mix. Strain before using. Store in a cool dark area and use within 6 months.

These statements have not been approved by the FDA. These products are not intended to diagnose, treat, cure or prevent any disease. Women who are pregnant or nursing should not use essential oils or herbal remedies unless directed to do so by a healthcare professional. 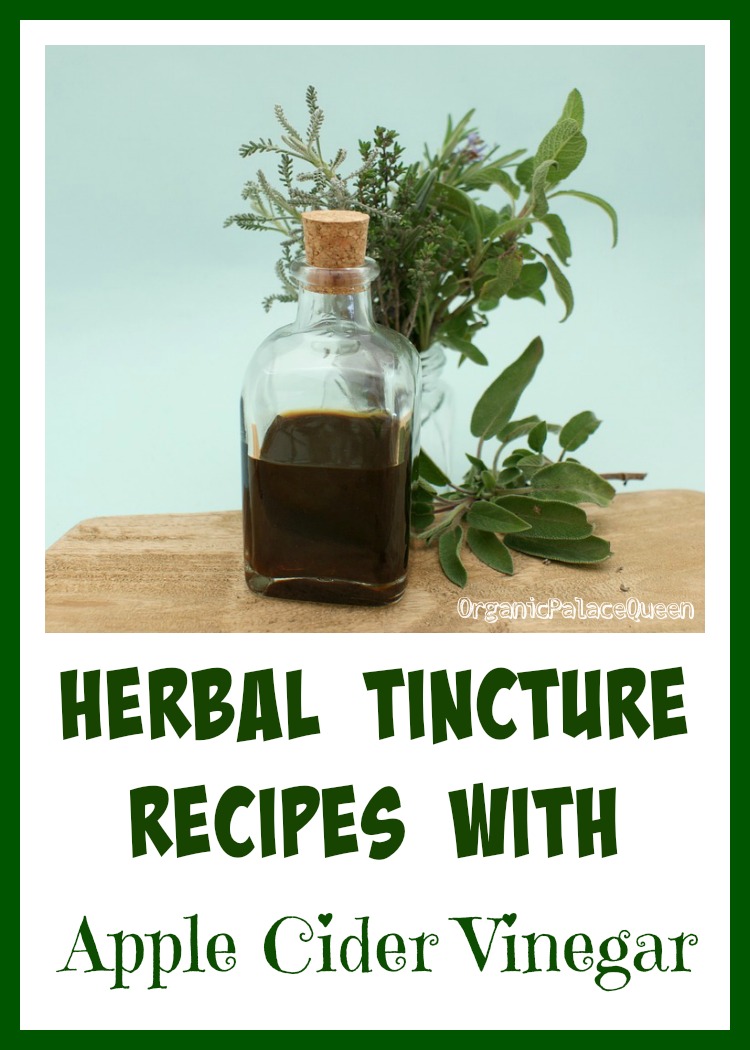 Leave a Comment
Previous Should You Use Raw Maca Or Gelatinized?
Next How To Make Your Own Honey Cough Drops