How To Make Your Own Honey Cough Drops 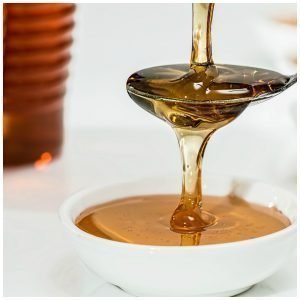 A few years ago, I bought some organic Manuka honey cough drops at the drugstore. They contained ginger and echinacea, a time-tested natural cold remedy.

The cough drops were delicious. The only problem was that they were costly. I remember paying something like $12 for a small bag, and thinking, “Well, they’re really expensive. But they’re so much better for you than regular cough drops.”

That’s because regular cough drops can contain unhealthy ingredients. These can include artificial colors and flavorings, as well as high fructose corn syrup. This cheap additive has been implicated in a number of health problems, including liver disease. So there’s no way to want to ingest it for feed it to my family.

Cough drops are typically used when people are sick. And I don’t subscribe to the idea of giving sick people something toxic. Also, honey is known to be good for the immune system. Ginger is also thought to be good for colds. That’s why I didn’t mind spending a little (or a lot) more money on good cough drops.

How To Make Your Own Honey Cough Drops

This post contains affiliate links. If you purchase anything, I receive a referral fee, at no extra cost to you.)

You can probably find ready-to-use organic honey cough drops at your local drugstore.

However, if you don’t mind doing just a little mixing, it’s really easy to make your own. All you need is raw organic honey, plus the herbs and spices of your choice. Ginger and cinnamon are two good choices. But I’ve also seen recipes that use herbal chamomile as well.

You can use either regular raw honey or Manuka honey. I had regular honey in the house. So that’s what I used. But Manuka honey is an excellent alternative. It’s believed this type of honey, which comes from New Zealand, can help stimulate the immune system. Manuka honey contains far more nutrients and enzymes, compared to regular honey.

I tend to buy a lot of natural remedies. That’s why I like to use what I already have in the house. So I dipped into the big jar of raw organic honey I already have in my cupboard. However, you can easily substitute New Zealand Manuka honey in all of the recipes.

Cinnamon is a natural to put in your honey cough drops. That’s because combining honey with cinnamon is a long-standing practice in Ayurvedic medicine. This is a mixture that some consider a cure all. I won’t go that far. But I do believe there’s probably a positive synergy from consuming these two healthful ingredients at once.

Plus, honey and cinnamon together taste incredible. In our house, we use real Ceylon cinnamon, which is actually a different species than what’s typically sold in stores. What you see at the grocery store is cassia. It’s a related species that can cause liver damage in large amounts. That’s why I use only Ceylon cinnamon. Plus, it tastes so much better than cassia.

How to Make Your Own Honey Cough Drops

Here is a basic easy-to-make recipe for homemade honey cough drops. You can add some ground ginger, freshly chopped ginger or leave the ginger out altogether. However, I think it adds a lot of taste. You can also add other herbs, such as chamomile or dried lavender flowers.

How To Make Your Own Herbal Cough Drops

Boil the cinnamon and ginger for 5 to 6 minutes. Then take as much of this water as you can and put it in a bowl. Wash and dry the pan. Then add the honey. Cook on low to medium heat until the mixture begins to bubble for about a minute. Stir a few times and remove from the heat.

Stir occasionally and let cool until the honey/cinnamon mixture becomes a thick syrup. Before it hardens, take small cough-drop size spoonfuls and put on a cookie sheet greased with coconut oil. Parchment paper is another option. Actually, this would probably be much easier to work with if you have any. I didn’t. So I went with what I had on hand.

If the cough drop mixture hardens while you’re transferring it to the cookie sheet, return it to the heat to soften it. You can see my first batch of cough drops below. I think I let them harden too much, because I had to scrape them out of the pan. Instead, I recommend working with them while they’re still runny.

After the cough drops are cool, you can dust the with arrowroot powder to prevent them from sticking together. Arrowroot powder is a safer alternative to corn starch, which typically comes from genetically modified crops. GMOs have been found to cause cancer in laboratory animals.

Make sure to coat them in a lot of arrowroot powder or else they will stick. Instead of a glass jar, you may also want to put two or three in small individual plastic bags after coating them. They do tend to run together. If I find a good workaround I will update this post.

How To Make Your Own Cough Drops

Store your cough drops in a clean glass jar away from heat. I’ve seen recipes that call for adding essential oils to DIY cough drops. I’m not going to suggest that because I don’t recommend taking essential oils internally, unless you’re working with a medical professional who has specialized training in this practice.

4 Comments
Previous How To Make An Herbal Tincture With Vinegar
Next Is Apple Cider Vinegar A Miracle Cure?