How To React To Narcissistic Triangulation 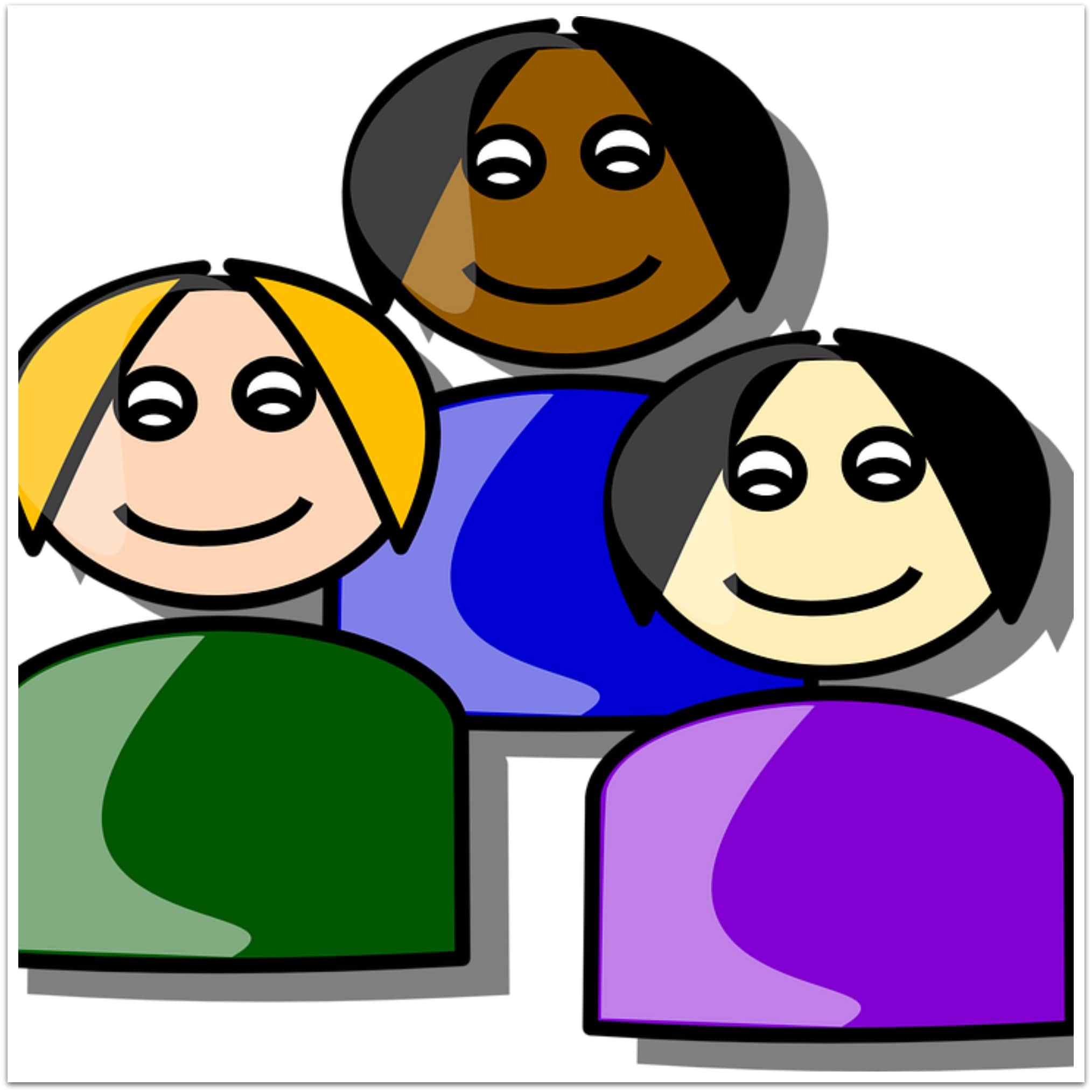 All kinds of drama. In fact, they seem to need drama as much as they need oxygen.

Sometimes they get “lucky” and walk into drama.

But, oftentimes, it’s drama they create.

If you’ve read this far, you probably already know how good they are at creating chaos.

One of their favorite tricks is “triangulation.”

This term is used by mental health professionals.

What it means is they drag a third party into the mess.

This third party may be someone close to you. (So they can work on dismantling the relationship.)

Or it may be a stranger. (To make you feel jealous and insecure.)

Triangulation can happen across a wide range of settings and situations. It’s one of a narcissist’s favorite tools.

Among adults, narcissistic abuse often happens in the office. So expect the workplace bully to cozy up to your boss. Or to your favorite coworker.

He or she may show preferential treatment to this person. Leaving you in the cold.

It may be done more covertly than overtly. So you’re left questioning your own perceptions.

The narc will use this opportunity to let you know that she is lavishing attention on your friend.

Your friend appears to be eating it up. Because narcissists have an uncanny ability to draw people in.

This leaves you feeling left out. Inferior. Jealous. Unsettled. Uncomfortable.

Which is exactly the intent.

How To React To Narcissistic Triangulation

Triangulation happens in disordered romantic relationships. Your partner may flirt right in your presence.

It also happens in platonic relationships too.

The narcissist will reach out to people close to you. Then the triangulation starts.

The end game is to humiliate you. Also to destroy your other relationships. So you’re even more isolated.

Expect nasty comments. Demeaning behavior. While the target of the triangulation is showered with affection.

Triangulation makes the narcissist all powerful. This power is shared by the third party.

(The third party could put an end to it. But, instead allows it to continue. Because of a real or perceived benefit.)

This is a good time to explain that I’m not a mental health professional. So everything you see here is written as information and is not intended as advice. My “education” comes from first-hand experience.

How To Stop Triangulation

Triangulation weakens you. It’s very unhealthy. The narcissist intends to destroy you. This is one way of trying to do that.

So what do you do? How do you react?

The best approach is to back away. Let the games continue. Without you.

In most cases this is the best approach. Because once a narcissist goes on the war path, he or she usually has the clear advantage.

Narcissists play to win. So they don’t strike unless victory is pretty much assured. This means eliminating your base of support. Often this is done by character assassination.

Why do people believe the nasty rumors? They should know better.

Yes they should know better. But people are weak. And morally disordered people are good liars. They also take care to mix in a bit of truth, to make their story believable.

For instance, you may have traveled to visit your mother recently. Everyone knows this. So the lurid tale will be based upon your trip.

Despite lack of empathy, narcissists are very good at reading people. They readily assess situations.

They do this better than the average person. It’s almost a superhuman ability to size things up.

Also, they don’t have the same moral scruples as healthy people. So they act upon their worst impulses. They don’t appear to feel regret.

Combine all of that with a devious mind. You can see what you’re up against.

It’s a toxic situation for you. Because a narcissist will manipulate people in ways you can’t even begin to imagine.

How To Deal With Narcissistic Triangulation

This is why it’s usually best to give the situation space. Remove yourself from it as much as possible.

At work, back off. Don’t try to socialize with either party.

It’s possible the narcissist has gotten to your boss. If you sense an uncomfortable chill at work, it’s probably time to get your resume up to date.

This could devolve into workplace mobbing. It’s probably a safe bet the narcissist has shredded your reputation, laying the groundwork for your exit.

Most of the time, the workplace bully wins. The target is either fired or resigns.

Some people might be able to fight back and win. But most of the time that doesn’t work.

The narcissist has a long history of playing dirty. We don’t want to demean ourselves by engaging in the same depraved games.

How To Spot Narcissistic Triangulation

We often don’t know we’re a narcissist’s target until late in the game.

Narcs operate best under the cover of darkness. They do their dirty work in the background, slowly but surely dismantling your social supports.

If it happens in the workplace, this often means a trip to the unemployment line.

Typically, you don’t realize what’s happening until the triangulation is so far advanced that you can’t repair the damage.

Until it hits you, all you may notice is a vague, uneasy feeling.

For instance, you no longer feel comfortable in a particular setting, despite the fact you once did.

People may treat you differently. But it’s so subtle you may wonder if it’s your imagination.

Until it hits you.

You’re pushed out of a social group. A young Mom’s group. A church group.

Your job is on the line.

Narc’s are incredibly devious. So the warning signs may be seen in hindsight only.

Trust your gut. Don’t discount unsettling feelings in a particular situation, especially if they persist.

How To Handle Narcissistic Triangulation

In a social setting it’s easier to deal with triangulation. You simply walk away.

Unfortunately, this can be painful. Because it involves other people. People you care about.

So you may need to let go of other relationships, at least for now. Don’t burn bridges. Just back away.

It’s likely the narcissist has co-opted at least one of your friends. That’s okay. Let this newly forged relationship continue. Without interference.

This relationship is destined to blow up. All you have to do is wait.

Then you can resume this relationship again. Without the narcissist in the middle of it. The experience will make both of you wiser.

Meanwhile, be kind to yourself. Do things that make you happy.

Soon you won’t even miss the person who made your life so miserable. I promise.

If you’d like to read more about surviving narcissistic abuse, you can see my books below.

How Narcissists Use Triangulation To Create Drama 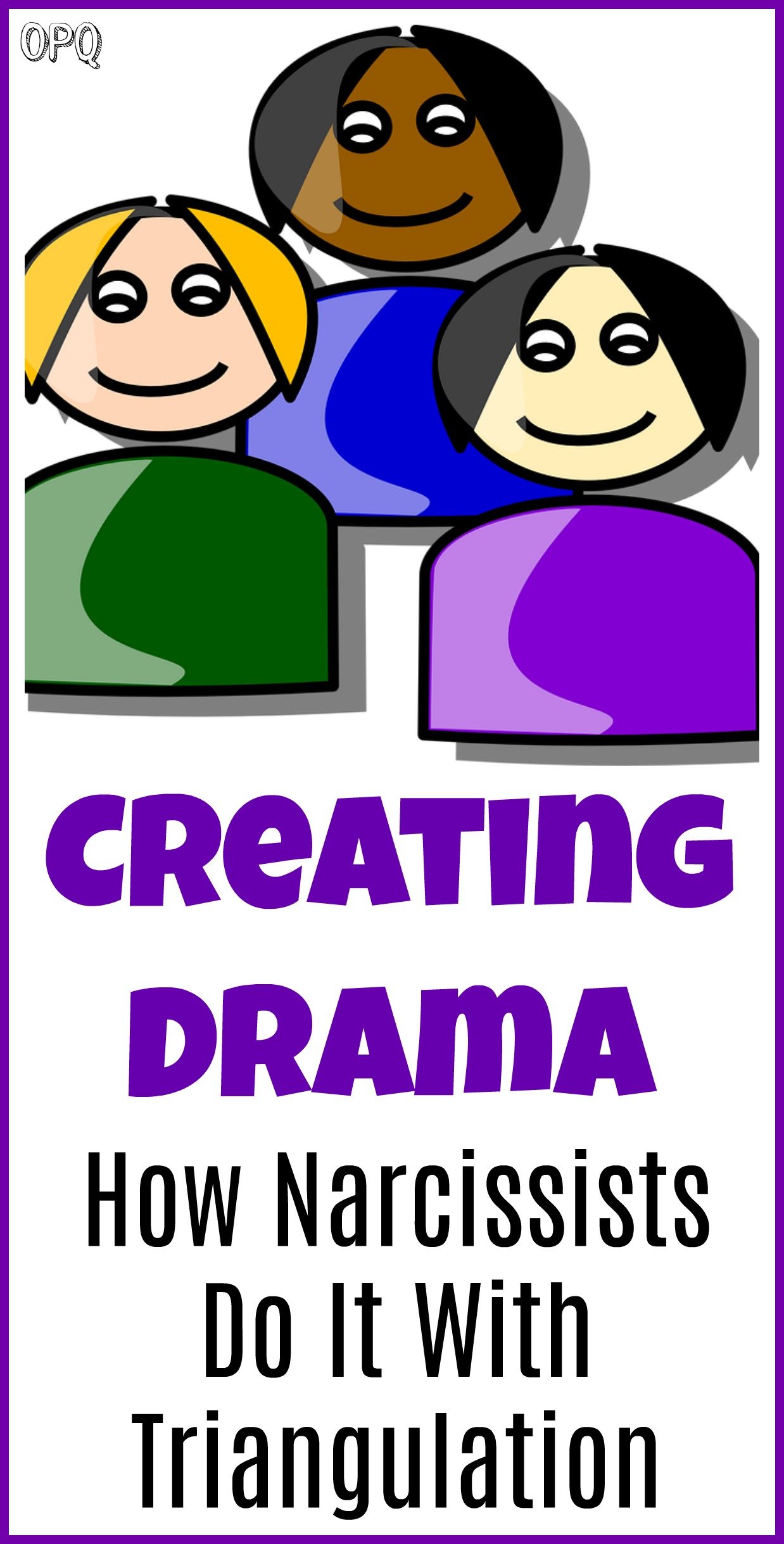 1 Comment
Previous Is Glyphosate Bad For You?
Next Why You Must Avoid Farmed Salmon