The Importance Of Believing You Will Get Better 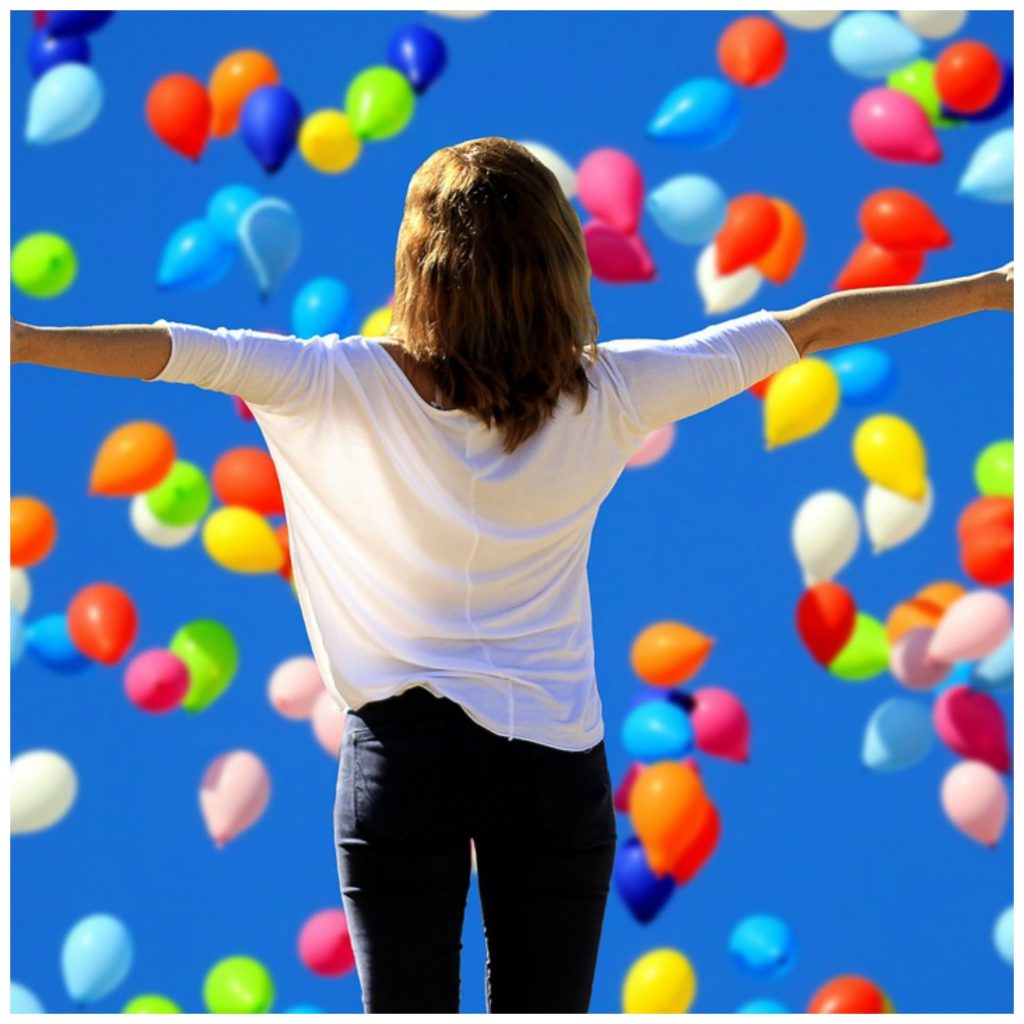 It’s been more than a decade since I developed an excruciatingly painful nerve condition. At one point I could barely walk. I attracted attention where ever I went. That’s because I literally had to drag my body around.

One of my legs didn’t move the way I wanted it to. So I walked with a limp and an unsteady gate.

It felt as if my body was totally out of control. And so was my life.

People stared at me. It was attention I didn’t want. People’s reactions ranged from alarmed. Some of them assumed that I’d be departing this earth sooner rather than later. And that I’d be leaving my young children behind.

Others, I could tell, just pitied me. I didn’t want pity either. I just wanted to get better. And I knew that it was possible to recover.

Fortunately for me, I was well versed in alternative medicine. However, I didn’t put my knowledge into practice. I ate a lot of junk food, even though I knew the importance of good nutrition. I also let my stress level soar. I stayed in an impossible situation, hoping it would get better.

So, in retrospect, it wasn’t surprising that I got sick.

The Importance of Believing You Will Get Better

Once I realized how sick I was, I didn’t panic. Instead, I spent a lot of time studying homeopathy. In my heart I knew the right remedy, or combination of remedies, could potentially help.

Professional homeopaths are really hard to find. I was without one. So I studied on my own. Eventually, I met a wonderful practitioner. She filled in many of my knowledge gaps. I am eternally indebted to her. If you’re in the market for a homeopath, here’s a link to an earlier post that includes tips on finding the right practitioner.

My own approach to homeopathy helped a little. But under her care, I learned about appropriate dosing. So I stopped using remedies too frequently, something that causes a temporary intensification of symptoms. Then I saw the results I wanted.

Homeopathy has been so amazing. That’s why I urge people with chronic illness to seek out a good homeopath. This doesn’t mean abandoning other medical care. Instead, the idea is to use homeopathic medicine to spur the body into healing itself.

Knowing about homeopathy prevented me from pushing the panic button when my health failed. I knew how powerful it can be. I knew it had the potential to push my body to recovery.

The Mind Body Connection and Healing

Staying calm had a number of benefits. I didn’t panic over the future. Instead, I put my energy into just getting better.

I didn’t get angry or try to mentally fight my illness. This would have wasted what little energy I did have. Battling the illness in my mind wasn’t going to make me well. Moving forward, natural remedies and lifestyle changes would. So that’s what I focused on.

Sometimes I had moments of doubt. But I pushed them aside. Deep down I knew I was going to get better. I envisioned myself walking again, normally without limping.

I knew the body has an amazing ability to heal. I focused on that.

The Mind Body and Brain Connection

I had hoped that homeopathy alone would heal me. However, this wasn’t realistic, considering the severity of my condition.

Instead, what I needed was a total lifestyle overhaul. This involved cleaning up my diet. It also meant dealing with negative emotions. These needed to be replaced with positive ones.

It’s long been believed that negative emotions can trigger physical illness. In fact, one British researcher named Edward Bach, MD spent most of his career exploring that connection. Consequently, he developed a line of homeopathic formulas called Bach flower remedies. These are designed to heal, on an emotional level.

Dr. Bach also believed that emotional healing generally leads to physical healing. His work is once again being taken seriously, as new evidence supporting the mind/body connection comes to light.

In recent years, there’s been an explosion of studies on how negative emotions affect the body.  Here’s what we now know.

The Mind Body Connection in Healing

Does believing you’re going to get well influence the outcome of your illness?

There’s a growing body of research that indicates it does. In fact, in 2006 the medical journal EMBO Reports published a paper that reported, “Mounting evidence for the role of the mind in disease and healing is leading to a greater acceptance of mind–body medicine.”

However, I wasn’t going to wait for more research. I couldn’t wait. I was so sick and in so much pain that I needed immediate relief. It also seemed as if my condition, left untreated, would progress to something worse. So I needed to at least stop that from happening.

I didn’t put a time element on my healing. This would have added more mental pressure. Any little progress was a sign to me I was on the right track. 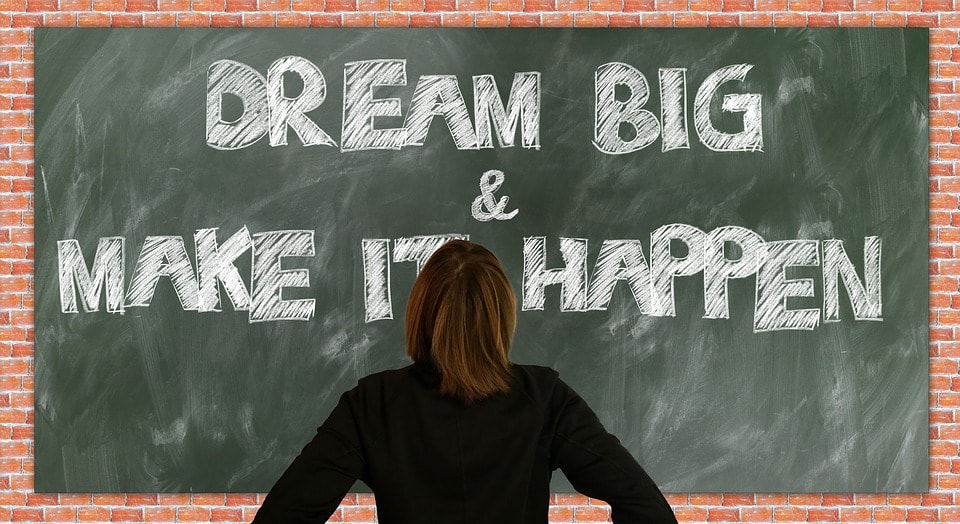 The Mind Body Connection to Trauma

I’m convinced that a large part of getting better meant dealing with past trauma. There were a few things that had upset me. I probably hadn’t adequately dealt with them.

Putting them aside meant forgiving everyone who had hurt me. It’s possible to forgive people, even if they won’t admit they did anything wrong. In fact, folks who abuse others rarely admit their mistakes. So we need to forgive them, in the absence of a sincere apology.

I know it can be done. I had to do it. It wasn’t easy. But it was necessary. Holding on to anger hurts only you. Letting it go sets you free. In fact, I’m so convinced of the benefits of forgiveness that I wrote a book called How To Forgive a Malicious Person.

There’s little doubt that being worried and anxious can hurt your health. That’s why it’s so important to stay positive, no matter what you’re dealing with.

Excellent information on the Mind/Body connection is found on they University of Maryland Medical Center website. Even though this is a mainstream medical center, the UMMC seems to respect natural medicine, which has been used for thousands of years.

It’s also important to realize that regular doctors have a different mindset than holistic healers. The latter will work to correct underlying conditions, even when dealing with a “progressive” illness.

The Mind Body Connection and Healing

It notes that ancient forms of healing, including traditional Chinese medicine, view the body and mind as one entity. Modern holistic health practitioners do the same. In fact, that’s why I like to urge my readers to work with alternative medicine practitioners, if at all possible.

That’s because these professionals look at the entire person. They try and find the root causes of your symptoms. Oftentimes, this is a combination of physical and emotional factors. The idea is to arrive at a solution, to set you on the road to health.

Most importantly, holistic healers (in general) believe you can get better. At least the good ones do. This positive mindset is then transferred to the patient. Hope is a very powerful medicine. Without it, people tend to give up. In fact, unless you believe that recovery is possible, it’s very hard to do what it takes to get better.

Part of regaining your health involves putting the right nutrients in your body. This typically requires a dietary overhaul. It may likely mean giving up your favorite foods. This would be very hard to do if you didn’t envision clear benefits.

These statements have not been approved by the FDA. These products are not intended to diagnose, treat, cure or prevent any disease. Women who are pregnant should not use natural remedies unless directed to do so by a doctor.