Is Agave Nectar Good For You?

Remember when agave nectar was all the rage?

That was a little more than 10 years ago.

This natural plant based sweetener was touted as THE best sugar replacement.

A much healthier option than refined sugar or artificial sweeteners, such as aspartame.

Everyone was using agave.

I bought some too.

But then I stopped using it after someone told me it wasn’t good for me.

However, agave seems to have lost its cache.

Because some people health questioning whether this natural sugar alternative is all that good for us, after all.

Is Agave Nectar Good for You?

The agave plant is a succulent that grows in warm regions of the Americas. The “nectar” is actually a syrup harvested from the plant.

I imagine that native peoples in those regions have used this plant as food and medicine for centuries.

One type of agave is used for making tequila.

A little more than a decade ago, some enterprising individuals found a way to market agave, as a natural sweetener.

I would certainly use agave before refined sugar. I’d especially use agave over sugar made from genetically modified beets.

I’d definitely use agave before aspartame or any other chemical sweetener. (Actually, I never use these chemical concoctions and have no plans to do so.)

But other natural sweeteners such as stevia and raw organic honey appear to be better choices.

Is Agave Nectar Bad for You?

Agave nectar is very high in fructose. This is a type of sugar linked to a number of health problems, including liver and kidney disease.

By comparison, even high fructose corn syrup contains only about 50 percent fructose.

You can read more about the potential dangers of high fructose corn syrup here, in an earlier post.

For these reasons, I’d still use agave nectar as an occasional sweetener, before I’d use corn syrup.

Agave’s one benefit is that unlike regular sugar it doesn’t raise blood sugar levels.

Is Agave A Healthy Sweetener?

It doesn’t appear as if agave is all that bad for us, especially compared to aspartame, which is linked to a number of health problems.

But it does contain whopping amounts of a highly concentrated form of fructose. In large enough quantities, fructose can potentially lead to liver problems.

I prefer whole leaf liquid stevia, which is also natural and contains no fructose. (Stevia comes from a South American plant.)

It only takes a tiny bit of stevia to sweeten something.

However, it’s important to use the right kind of stevia. (You can read more about the different kinds of stevia here.)

I’ve tried different brands and have found one that doesn’t leave a strange after taste. This is the brand of stevia we have in our house. 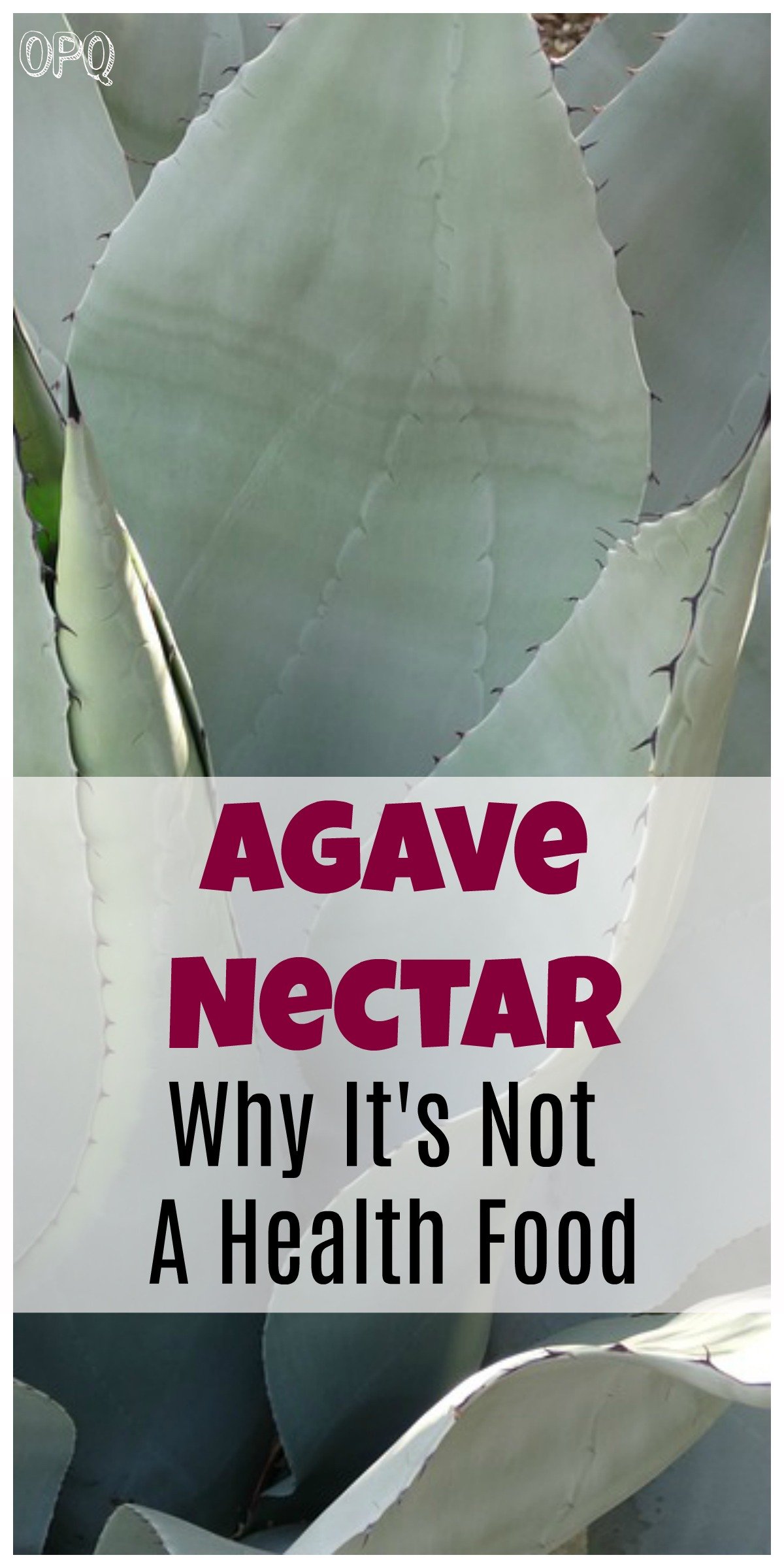