Is Brown Rice Good For You?

A number of years ago, I cleaned up my diet. I started eating real food.

I needed to do this because my health had taken a nose dive. I’d been living with chronic pain for years. Nothing was helping. Not even my full medicine cabinet of natural remedies. But I’d been unwilling to take that final drastic step toward feeling better. Cleaning up my diet. I needed to up milk, gluten, GMO foods and sugar.

Rice became my staple, instead of bread.

Since I went all in with real food, I bought a lot of brown rice. Until I realized it may not be so good for us, after all.

I’m old enough to remember when brown rice was all the rage. Supposedly, it was much healthier than white rice. You saw big bins of it whenever you walked into a health food store. Brown rice became synonymous with healthy eating.

So it will probably surprise you to learn that brown rice is also controversial. I know I found this information is probably shocking. But one I started reading more about brown rice, I decided to start buying organic white rice again. (Genetically modified rice from China has now hit the market. So I believe it’s more important than ever to buy USDA certified organic rice from a trusted source.)

Is Brown Rice Good for You?

Asians have been eating white rice for a long time. It doesn’t seem to be hurting them. In fact, Japan has one of the highest life expectancies in the world. The traditional Japanese diet is very heavy on white rice.

It is true that brown rice contains more nutrients than white rice. So, in theory, it should be much better for us.

Not so fast. There’s more to the story.

Brown rice also contains something called phytic acid. This, unfortunately, can prevent the body from absorbing nutrients. In the end, it doesn’t really matter how many nutrients are in our food. What’s important is if our bodies can use them. Phytic acid is what some people call an “anti nutrient.”

How concerned should we be? It depends. Some people appear to be able to break down phytic acid better than others, according to the Weston A. Price Foundation. But, for those who can’t, phytic acid can apparently block the absorption of calcium, magnesium and other minerals.

The Weston A. Price Foundation seems to consider phytic acid a health risk. “Phytic acid in grains, nuts, seeds and beans represents a serious problem in our diets. This problem exists because we have lost touch with our ancestral heritage of food preparation,” notes the foundation. (You can find a link to the full article below.)

The foundation does not recommend eliminating phytic acid from our diets. Instead, it suggests consuming it in moderation. The article also includes information on how to soak whole grains to reduce phytic acid. 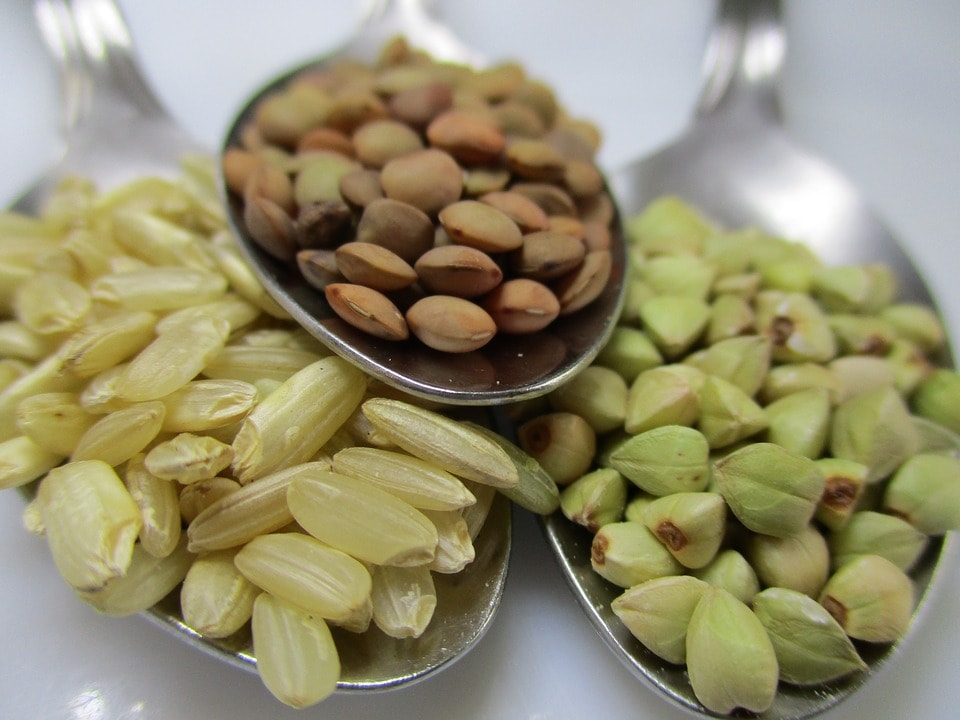 But I do make sure to buy organic white rice, for a number of reasons. One is that I’m trying to avoid environmental toxins. Eating rice grown with safer pesticides is one way to do that. Plus, you avoid the issue of GMO ingredients. By law, organic food cannot be genetically modified.

Despite assurances GMO-laden foods are perfectly safe, I’ve decided to avoid them. I don’t buy them. I don’t serve these foods to my family. I’m personally horrified that so much of the food now sold in the United States is genetically modified, and that other countries (including Peru) have banned American corn imports for this reason. Until recently, we could assume that rice was not genetically modified. Now, we have to be careful when we shop, if we want to avoid GMOs.

On the surface, it does appear as if brown rice is nutritionally superior to white rice. Brown rice contains a sizeable amount of magnesium and manganese, a trace mineral needed for good health.

Manganese deficiecies can cause a wide range of conditions, including heart problems, bone problems and high blood pressure. No question that manganese is needed, and that Americans in general do not have enough trace minerals in their diets.

Magnesium deficiency is serious too. Too little magnesium can result in muscle pain, insomnia, weakness and irritability.

Pros and Cons of Brown Rice

Based upon that information only, it looks as if brown rice is far better for us than white rice. That’s why you’ll still see some health bloggers singing the praises of white rice. But more people are also becoming aware of the downside of consuming a lot of brown rice.

I mentioned earlier that I now buy organic white rice. This I believe is good protection from fake Chinese rice made from plastic. But USDA certified organic rice won’t protect against high arsenic levels. Arsenic is now found in rice, due to heavy environmental pollution.

Brown rice overall has been found to contain significantly more arsenic than white rice, according to a study published in the February 2008 edition of the Environmental Science & Technology journal.

Unfortunately, a USDA certified organic label will protect against chemical fertilizers and toxic pesticides. But it doesn’t protect against heavy metals. Actually, some holistic health experts advocate eating less rice, because of the problem with arsenic. Writing this article reminded me that I need to do the same.

Advantages and Disadvantages of White Rice

Given that there’s considerable debate on the health merits of white rice versus brown rice, I decided to just buy what my family likes. White rice. The trick, I believe, is consuming it moderately. This is something I need to try to do going forward.

But white rice has a high glycemic index. More so than brown rice. This means white rice could potentially put you at higher risk for diabetes.

Is Rice Better for You Than Wheat?

There’s also something else to consider. If we shouldn’t eat much rice, what are our other options.

Many people do not do well with wheat. I find that wheat makes my nerve pain worse. So, for the most part, I try to avoid wheat and wheat derivatives. I’m not on a strict gluten-free diet. I just try to avoid wheat-based foods, such as bread and pasta.

In fact, one medical doctor named William Davis, MD has even come out and said that modern wheat is bad for everyone. He explains that modern strains of wheat are radically different than ancient strains. Modern wheat contains much higher levels of gluten, compared to the wheat our ancestors ate. Through the years, the amount of gluten continues to increase. If you’d like to read more about Dr. Davis’ theory, here’s a link to an earlier post I did on his findings.

So, considering all the arguments for and against brown rice, our family will be eating white rice going forward.

Living With Phytic Acid from The Weston Price Foundation 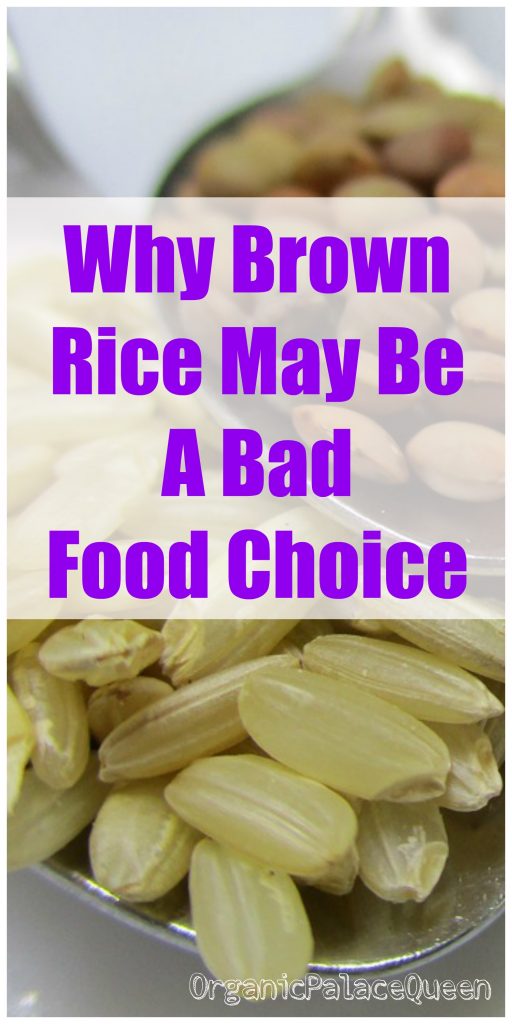 Leave a Comment
Previous Why Did The Narcissist Choose Me?
Next Homemade Dishwasher Detergent Without Citric Acid