Is Misfits Market A Good Deal? 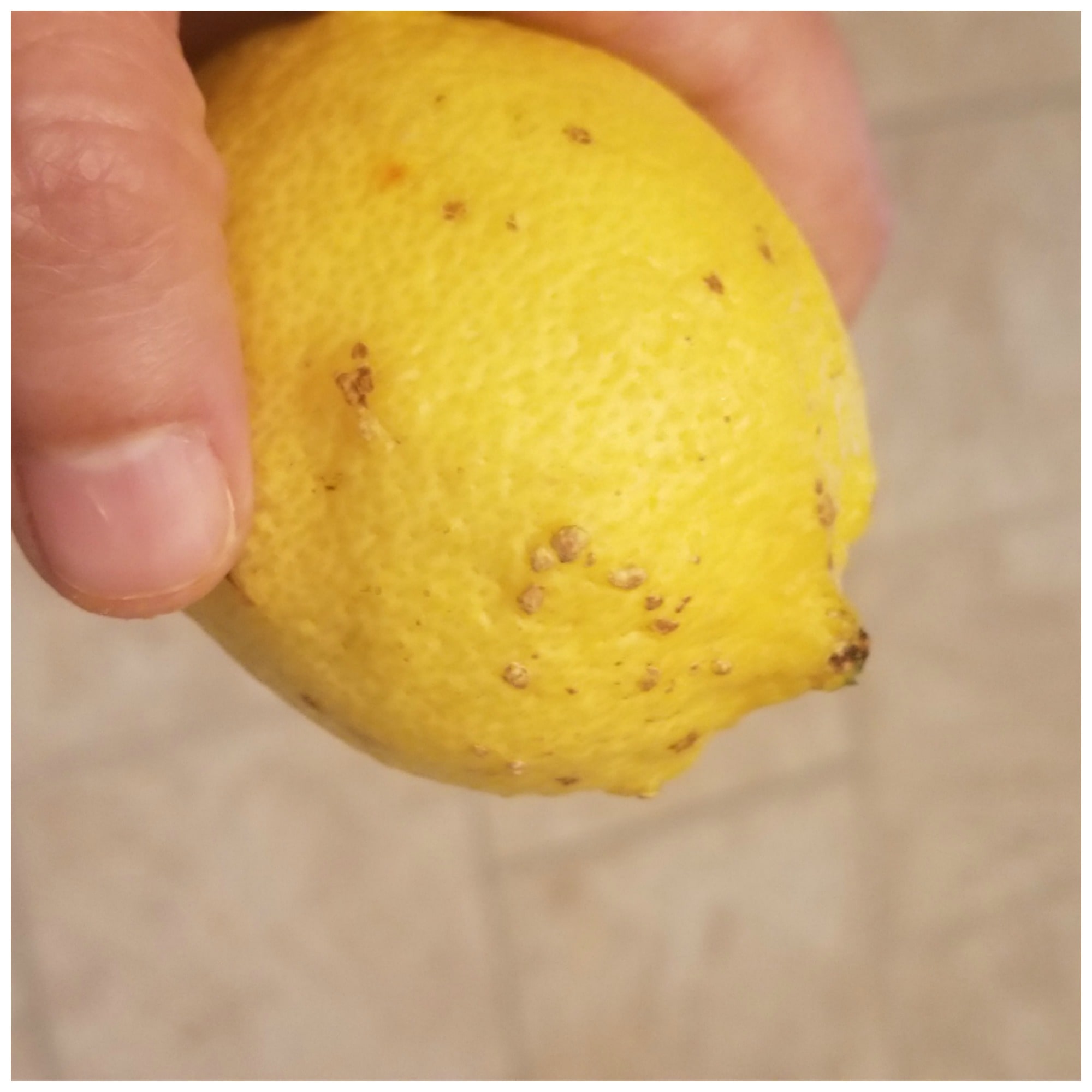 Important update: This article was written before Misfits Market changed its business model. Now you have greater choice in ordering. Fewer surprises but also less produce. Even though we paid nearly as much we didn’t get much. So I cancelled my subscription. Hopefully the company will return to sending the generous boxes of produce it once did.

(Below is an article I wrote when you could expect lots of organic produce in your box, for one low price.)

Misfits Market is a newish subscription service that ships boxes of organic fruits and vegetables.

But is it a good deal?

The answer is a resounding “Yes.”

If you are aware of a few things first.

Why is my opinion somewhat split on Misfits Market?

Misfits Market definitely has its advantages, especially since it partly removes the need to physically visit a grocery store and shop for yourself.

But the company itself needs to upgrade its customer service. It has a telephone number that didn’t appear to work when I tried to call.

But you can reach a real person via email.

The company also appears to have overcharged me for my first order, by not honoring my sign up discount.

Even though it was only about $5 or so, this is not acceptable.

Especially since I’m doing a blog post about Misfits.

When I called to question this, as I’m writing a blog post, the customer support number didn’t work.

I did reach out via email and heard back within a reasonable amount of time.

Yes, they would refund my money.

But the refund didn’t automatically appear in either my account or my bank statement. Later I was told it would take a few days. (If I don’t receive it I will update.)

I’m not saying don’t try Misfits Market. There are many good things about it. Especially now, if you want to avoid the grocery store.

You cannot beat the convenience of having fruit and vegetables delivered to your door.

But there are a few things you should know, before you order.

Is Misfits Market A Good Deal?

Just so you know, this is NOT a sponsored blog post.

I tried Misfits because I saw its many ads. Then I bought and paid for the order myself.

I didn’t communicate with the company beforehand.

A sponsored post, on the other hand, is when a company sends you a freebie, something you can try and then “review.”

Sometimes you’re paid addition (on top of the freebie) for a sponsored post.

I’ve only reviewed a couple of sponsored products and don’t really like doing paid reviews.

This is an unpaid review.

Anyway, did I get what I paid for?

But I buy a lot of my organic food at Aldi, a discount grocer that’s much cheaper than the average supermarket.

So I may or may not save money with Misfits Market.

If I shopped at the most expensive grocery store in my area I might save a little money.

But saving money is not the main reason I ordered Misfits Market in the first place, and, in all likelihood, will probably try it a few more times.

Instead, it’s fun to get a surprise box of organic fruits and vegetables, in varieties that are different than what’s available at the grocery store.

In my area of the country, you can also build your order.

It doesn’t appear that you can do this on your first order. But I can on subsequent orders.

As I mentioned earlier, you cannot beat the convenience of having produce dropped off at your front door.

Convenience (in my humble opinion) is the company’s number one selling point.

Second most important selling point for me is selection.

So the two gourds of zucchini included in my box was a treat.

This is fairly affordable.

Misfits Market is fun. It’s fun to receive a box of surprise produce, not knowing what’s going to be inside.

Mine was a mix of fruit, vegetables and condiments. (More on the condiments later.)

The Misfits Market box also broke me out of my cooking rut, one that often doesn’t include enough vegetables.

I love the fact that everything shipped is organic. I prefer organic food. So I don’t have to worry about pesticides or chemical fertilizers, which I personally believe are healthy, based upon research done in Hungary.

For all of these reasons, I will probably overlook the annoyance of poor customer service and continue my subscription, at least for the near future. I might even upgrade to a large box, to feed more family members.

The lack of a working customer support number for a company that delivers produce to half the country is almost inexcusable.

Most of us do have email. But elderly people often have trouble with technology.

So an older person may very well have difficulty handling a Misfits Market subscription.

But Misfits is the best fit for my needs, especially in my part of the country. Some produce box services don’t ship to my area, in New England. Another makes you order additional snack items or no shipment to my zip code.

My first Misfits Market box was an interesting assortment of fruit and vegetables.

But it was little heavy on the condiments, such as two big pieces of ginger root, three lemons and a box of Japanese shishito peppers, which are mild and delicious.

It was a little lighter than I’d prefer on the filling food (such as potatoes).

It did include a delicious acorn squash and there was a small bunch of carrots and zucchini.

I’m hoping the next box has a build-your-own-box option so I can get fewer condiments.

The food in my first box was not that ugly, despite the advertisements showing unsightly produce.

Really the only ugly produce was the three lemons included with my order.

I really didn’t need lemons. But I wanted to use them.

So when life ships you lemons make lemonade, which I did. 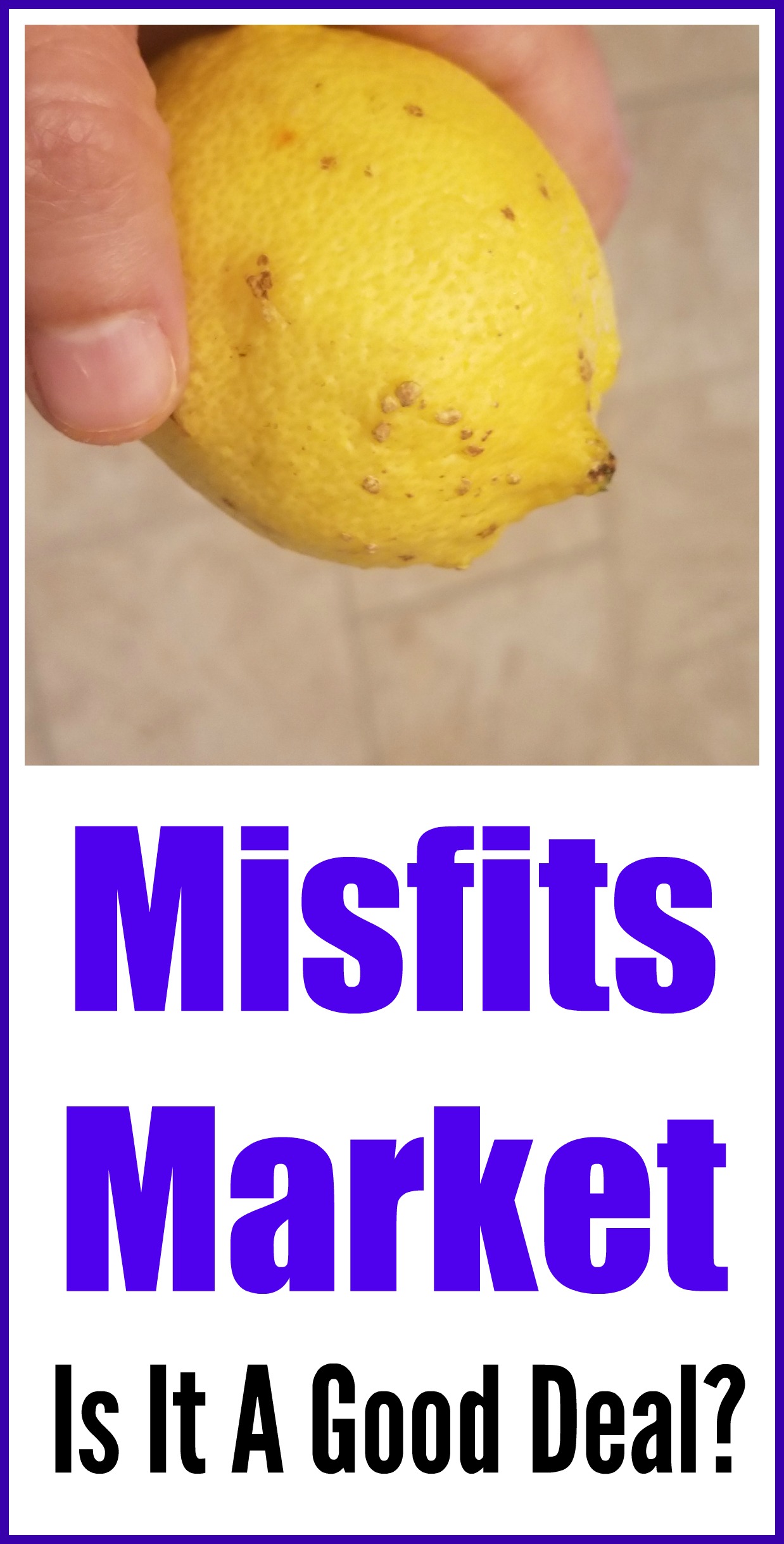