One summer, I had a nasty encounter with a hornet. After being stung on the finger, the bite began to swell.

One of the first things I reached for was my lavender essential oil. Within minutes, the redness and inflammation began to subside.

However, I need to stress that this natural remedy shouldn’t be seen as a substitute for proper medical care, if you have a serious bee allergy. Instead, use whatever your doctor has prescribed and get yourself to the emergency room.

I use the example of a bee sting only to illustrate the amazing power of lavender essential oil, which appears to contain natural anti-inflammatory compounds. This is why it’s often used on bug bites and on closed wounds.

Needless to say, lavender essential oil is a remedy I always want in my house. After about an hour, it was clear that lavender oil worked very well to reduce the reaction, at least for me.

Bee stings can sometimes cause a dangerous allergic reaction, so please be very careful when treating these at home. If you notice any signs of serious trouble, such as a rapid pulse, difficulty breathing, vomiting or nausea, you need to head right to the emergency room. Do not attempt to treat a bee allergy with lavender instead of proper medical care.

Also, I want to point out that I’m not a medical professional. So I can’t promise that any natural remedy will solve a particular health problem. All I can do is share with you how I use essential oils in my own life, as well as furnish information on the historical use of aromatics.

For minor swelling and itching, including that caused by bug bites, lavender essential oil is a popular home remedy. Because it contains natural antibacterial agents, it’s also considered good for preventing infection in closed skin wounds.

In addition, this aromatic oil is often used as a natural acne remedy, and may even help with stubborn skin conditions, such as eczema or psoriasis.

It’s believed that lavender essential oil contains natural anti-inflammatory compounds. (Inflammation is what causes pain, redness and itching.) Research is still in its infancy. But it looks encouraging.

Because lavender oil has earned a well-deserved reputation as a calming remedy, it’s skin-healing properties are often overlooked. That’s why this very versatile oil should probably be in everyone’s natural medicine cabinet. If you don’t own lavender oil, I highly recommend Plant Therapy Lavender Oil, because it is very high quality.

Plant Therapy Lavender is also made from real lavender flowers, instead of a related plant called lavandin. Although lavandin has its own specific healing properties, it doesn’t smell as good as lavender. Because it’s less expensive, some unethical suppliers try to pass it off as lavender. The risk is that it could be dressed up with unknown chemicals.

Plant Therapy oil are 100 percent pure, so there are no concerns that anything else is added. I honestly do not feel the need to buy MLM oils, because other good options exist, including this one.

In addition to its ability to kill bacteria, lavender essential oil contains compounds that could help fight fungal infections. Aromatherapists have long-known about its anti-fungal properties. More recently, though, this has been backed up by clinical research.

According to Internet health guru Dr. Joseph Mercola, DO, one study found that this aromatic oil to be highly effective against certain strains of fungi, including those that cause unsightly skin and nail infections.

Consequently, holistic health experts often recommend lavender oil to help with wound healing. (But don’t put it on an open wound, and don’t use it without first diluting it in a carrier oil base, such as coconut oil.)  Although I realize it hasn’t yet been proven by medical science, I’ve noticed rapid healing when I’ve put it on my own closed cuts and scrapes.

Is Lavender Oil Good for Burns?

Lavender oil is also considered an excellent burn remedy. When I’m out in the sun too long, and my face gets red, I reach for my bottle of lavender essential oil. Within a very short period of time, my skin color returns to normal. If it works for me, I’m not going to wait for a scientific study to confirm this. Lavender is my “go to” remedy when I get careless about applying my homemade sunscreen.

Although mainstream medicine may not have gotten around to looking at all the ways lavender can heal, it’s ability to help regenerate new skin, following a burn, has been historically documented. In a widely publicized incident, a French scientist by the name of Rene-Maurice Gattefosse suffered severe burns.

With his knowledge of chemistry, Gattefosse used lavender to quickly heal his badly charred hands. Later, he applied this knowledge during World War I to help soldiers burned in battle, according to one account published on the Bulk Herb Store Blog.

These statements have not been approved by the FDA. These products are not intended to diagnose, treat, cure or prevent any disease. People with health concerns should discuss them with a doctor. Women who are pregnant or nursing should not take herbal remedies, unless under the direction of a health care professional. 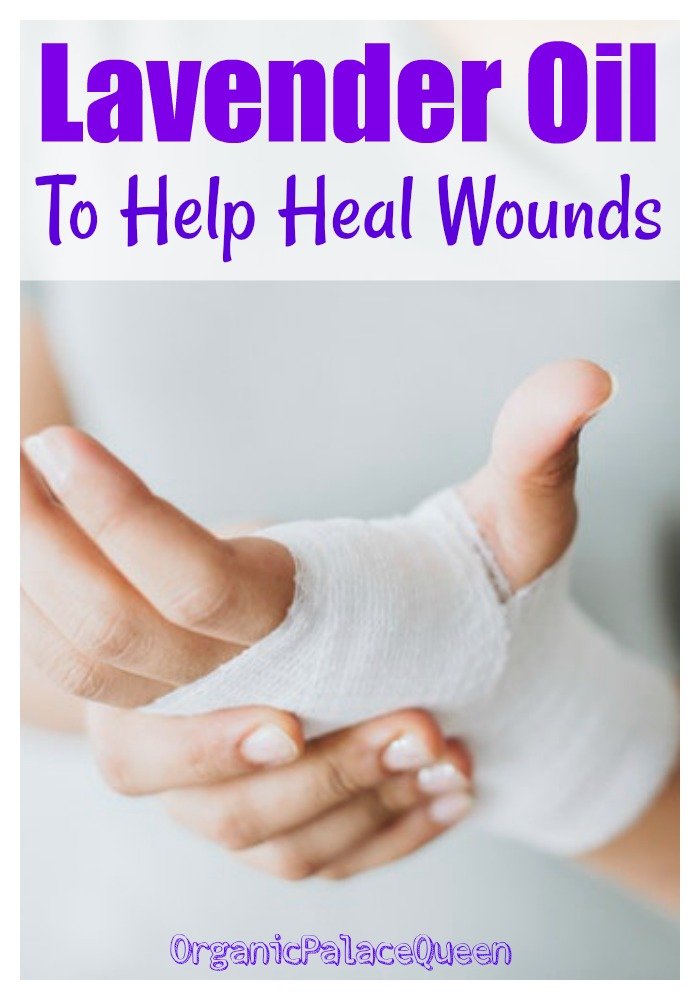