My Experience With Fabulous Frannie Protect

Most of them seem to be modeled after a legend involving Medieval thieves.

The men lived in the Middle Ages, during the time of a plague. They robbed the sick and dying. without falling ill themselves.

They were caught. The king demanded to know their secret. They agreed to reveal it in exchange for a lighter sentence. As it turns out, the robbers possessed a closely guarded family recipe, according to one account.

This appears to be why the various essential oil blends refer to these men. At one time, for instance, Fabulous Frannie Protect, which I’ve ordered multiple times, was previously known as Four Thieves.

My Experience with Fabulous Frannie Protect

There’s a popular germ fighter sold by an MLM company. Even though it seems to be the most famous blend in this category, I was looking elsewhere. That’s because I’d rather not buy my oils from an MLM distributor. When you buy MLM oils, you potentially pay several layers of commissions.

Plus, I’ve found some good aromatherapy brands that don’t sell their oils this way. I was perfectly comfortable using the Fabulous Frannie germ-fighting blend, instead of the better known MLM label. Also, I was very pleased with the quality of Protect. In fact, I liked it so much that I bought multiple bottles. (However, I definitely over bought, and ended up giving some bottles away. One or two bottles would have lasted me the entire winter.)

However, I do need to add that I’m not a doctor. So I can’t give medical advice or promise that any natural remedy will keep you healthy. All I can do is share my own experiences.

My Experience With Fabulous Frannie Protect

I bought a lot of Fabulous Frannie Four Thieves/Protect because I was more worried than usual that winter about infectious disease. I used it liberally. At night, I’d put a cold air diffuser on my kitchen counter and add some of the Fabulous Frannie germ fighter to the well. It made the kitchen smell great. Actually, it smelled exactly like a better-known germ fighter blend.

Years ago, I first heard about a germ-fighting blend modeled after a formula used by Medieval thieves. I wanted to get some, but didn’t want to shop the MLM networks.

Fortunately, I stumbled across Fabulous Frannie Protect. After using it, I didn’t feel the need to invest in the other, more famous brand. So, if someone is looking for an aromatic germ-fighting formula, I have no qualms about recommending this one.

Fabulous Frannie is one of the companies I’ve ordered from. It’s a small California-based company that sells a wide range of single oils and blends, as well as various aromatherapy products, such as soaps and carrier oils. I’ve ordered about a dozen different types of Fabulous Frannie oils. I liked them all, except for the lavender, because I didn’t care for the smell. My favorite product is the Protect germ fighting blend.

I realize Fabulous Frannie is a smaller company. It does seem to be gaining ground, though, and expanding its product line. Its website also contains a lot of good information.

I like to give my readers options. I don’t buy all my oils from any one company. I like to see what’s out there. I like to sample different brands, so I can pass this information along to my readers.

If you’re looking for another good alternative to MLM oils, I can also recommend Plant Therapy Germ Fighter Synergy blend. (This is the aromatic germ-fighter I’ll be using this year.) Plant Therapy is based in Idaho, and has gained a lot of name recognition by teaming with world-famous aromatherapy expert Robert Tisserand.

Plant Therapy products are excellent. This company sells a germ-busting synergy blend designed for adults, which you can see on the left, as well as a special formula for children. Certain essential oils should not be used on children under 10. Everything in Plant Therapy’s KidSafe line is designed for the younger set, aged 2 to 10. However, there’s no reason adults can’t use them as well. 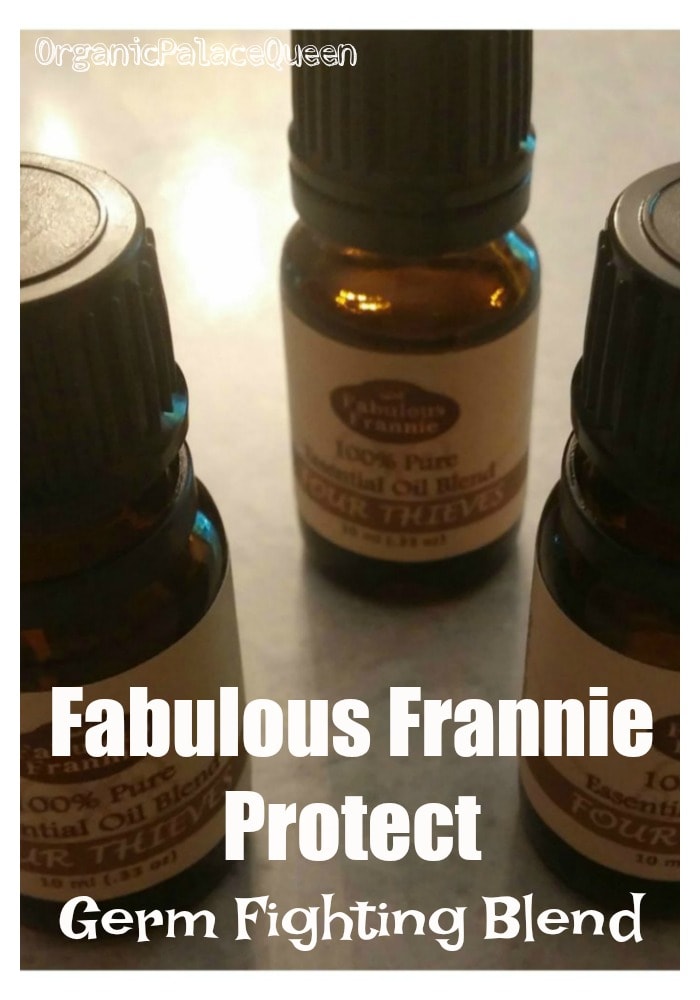