Narcissists And Their Veiled Hostility 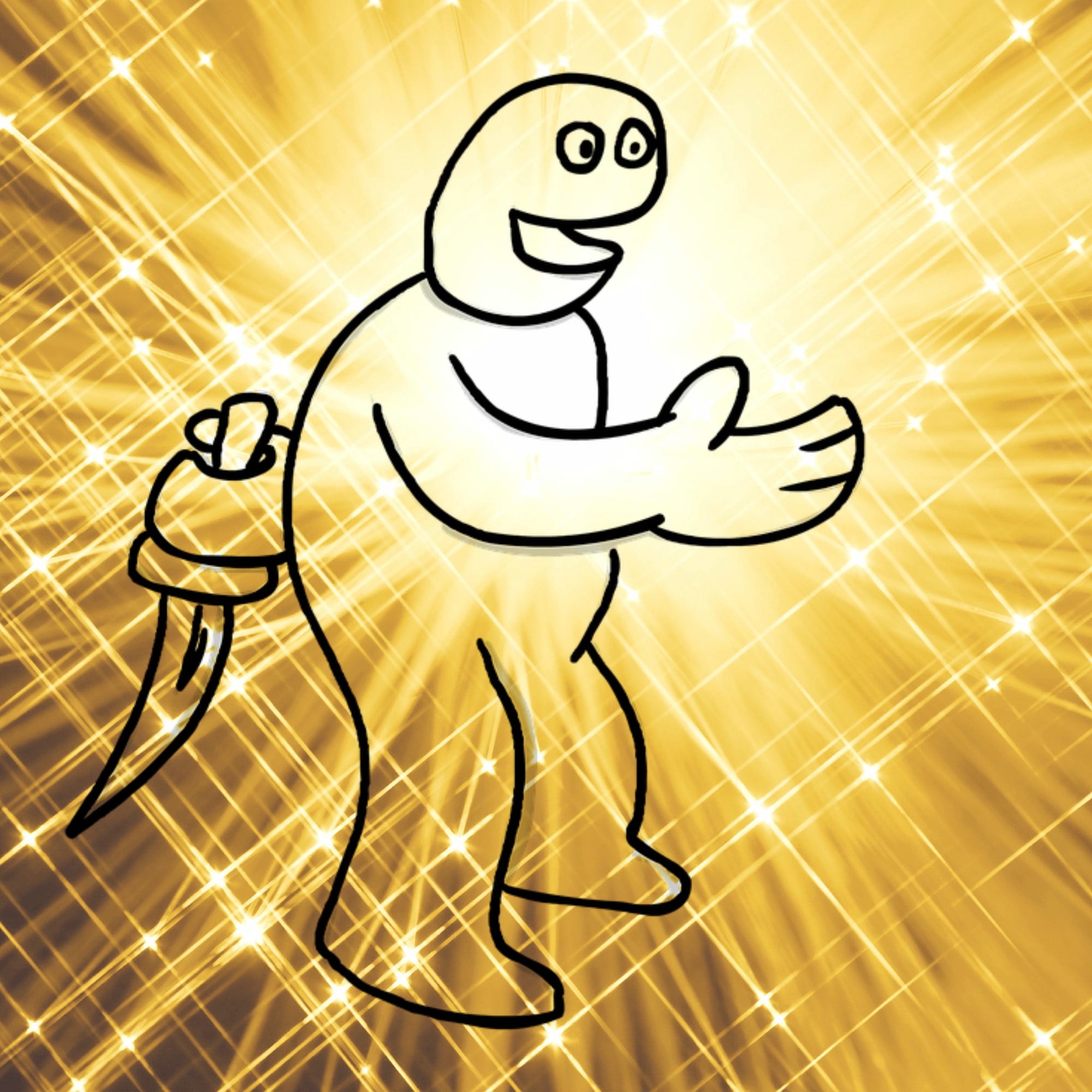 Want to avoid getting mixed up with a malignant narcissist?

Then watch for something called “veiled hostility”

I’ve found this to be a reliable clue that I’m not dealing with a straight shooter.

Granted I’m not a mental health professional. But I have some unfortunate experience with malignant narcissism.

So what, exactly, is veiled hostility?

Usually you see a smiley face. But occasionally the mask slips.

You see brief flashes of anger. Moodiness surfaces. Things start to get confusing.

Then the smiley face returns. So you have no idea this usually “nice” person is plotting against you.

Narcissists and Their Veiled Hostility

When someone secretly despises you, expect to see smiles and kind words. Flattery too.

Most of the time.

But every now and then this monster shows her true face. In the form of nasty comments and put downs. These seem to come from out of nowhere.

Sometimes you sense this person is angry at you. Even though you haven’t done anything to offend them.

You may also notice sudden moodiness, with no discernible cause.

If there’s someone in your life acting this way, pay attention.

It’s often a huge red flag. Especially if this person is a relatively new acquaintance, and you’re just getting to know them.

I know this from experience.

Experience is the best teacher. Hindsight offers a wonderful perspective.

After being burned by a female malignant narcissist, I decided I wanted no more of them around.

The trouble is, though, they are often difficult to spot.

Especially coverts. Who are adept at hiding their disorder.

But their are clues.

One of them is “veiled hostility. I will never again ignore it. Make excuses for it. Or tell myself I’m imagining it.

A word about “coverts.”

(Covert narcissists initially come across as meek and mild. It makes you think of the cliche, “She was the nicest person you’d ever want to meet.”

During initial encounters, coverts seem too good to be true. Because they are. Inside, they are smoldering with resentment.

If a covert perceives you have an advantage, they’ll launch a full-scale attack to strip you of whatever it is, because they want it for themselves.

Never underestimate a covert. They are highly dangerous. You can read more about covert narcissism here.)

Veiled hostility means someone really doesn’t like you. At all.

But for various reasons, they want to keep this a secret. From you.

A malicious person will use this time to get to know you. To discern your faults and weaknesses. These will later be used to attack you.

Also, they’ll gather information. Any bits of personal data are dangerous. Even if they’re innocent.

Because this information is later disseminated. It will be mixed with vicious lies. But the true information makes the lies believable.

Most of the time you have no idea someone is “befriending” you in order to sabotage you.

People who behave this way typically have done this before. So they’re good at hiding their true motives.

But they can’t always stop hostility from bubbling over.

This is when you see those nasty sideswiping comments. Those insults. Those zingers.

Often They’re followed by a quick retreat and a smile.

Pay attention to this. Something is wrong.

Normal healthy people don’t act this way. They don’t throw out a barbed comment and then act as if nothing happened.

Nor do they pretend they were “just joking.”

True friends are even tempered. You feel totally at ease and comfortable in their company.

There’s none of that constant tension you feel when dealing with a morally disordered person.

Because they don’t really like you. But it’s something they can’t always disguise.

Of course, there are exceptions to this general rule. But for the most part true friends don’t behave this way. (Everyone does have bad days though. But it’s not a pattern. With narc spotting, learn to look for patterns.)

So watch for veiled hostility. (It’s your friend. Because if you pay attention, it can keep a toxic person out of your life.)

I take veiled hostility seriously. It’s one of my biggest tells that I’m potentially dealing with a disordered personality.

And I don’t want any more narcissists in my life. Ever again.

What Is Veiled Hostility?

I’m happy I now realize veiled hostility is a thing. Because knowing how narcissists operate can help me avoid toxic people going forward.

One mistake a lot of people make is thinking that all dangerous people are male.

Because female narcissists exist. They can do a lot of damage. Just as friends. (I pity the poor men who get involved with them romantically.)

Although a female narcissist may pretend to be on your side, in reality she’s plotting your destruction.

So the sooner you get rid of her, the better. (Hint, look for veiled hostility.)

Oftentimes, you don’t realize what she’s up to until she’s caused a lot of damage, which takes a long time to undo. Typically, this damage can never be totally fixed.

Years ago, one thing I didn’t pick up on, with the narc in my life, was the thinly veiled hostility.

She didn’t really like me, and sometimes this emotion would surface.

I also believe I recently sidestepped another malignant narcissist, whom I also met at church. (Covert narcissists love churches and volunteer organizations.)

This time, though, I didn’t get too involved. Both because I didn’t want to pursue the friendship. But also because I think I frightened her. (Narcs seem to know when you’re on to them.)

One of my clues, once again, was the same subtle veiled hostility.

Without my prior run in, I may not have noticed, or realized that this woman probably didn’t really like me. Consequently, I would have probably brushed it off. Or not paid too much attention to her negative undertones.

At the same time, she was telling me how happy she was to have met me.

Narcs love to flatter. At least in the beginning.

But then things change. Veiled hostility gives way to all out war.

Contrast this with normal healthy people. Your true friends. They’re happy to see you. Happy to spend time with you.

These relationships are fun, and without the constant tension you feel when you’re with someone with a personality disorder.

Because what’s missing is the veiled hostility.

Also devious people who betray you are very difficult to forgive. So I wrote another book on How To Forgive A Malicious Person. 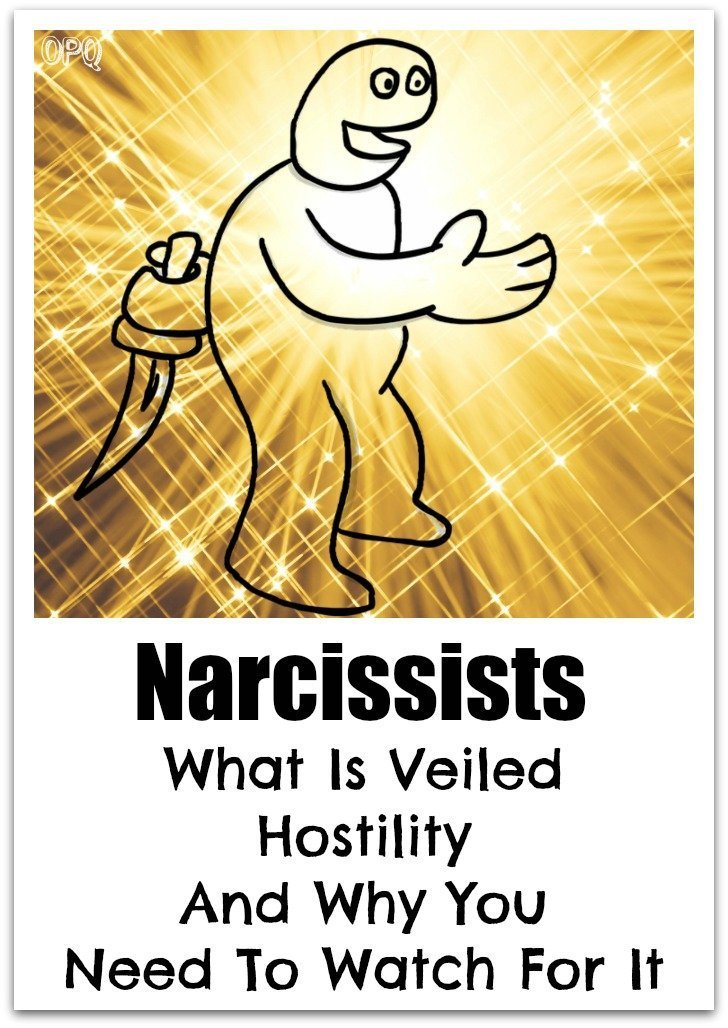