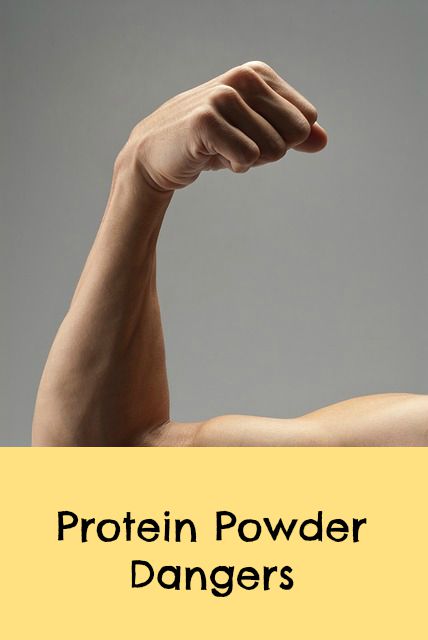 Many people take protein powder to bulk up their muscles.

These powdered supplements are typically marketed with photos of highly sculpted models. The message being conveyed is that these products are good for you.

But not if they’re filled with chemicals. Unfortunately, many of these high-priced sports nutrition mixes have very questionable ingredients. They may contain protein in the form of whey, casein (a milk protein) or gluten (a wheat protein). Various amino acids are often included as well.

But you may be getting much more than you bargained for, in terms of additives. Some of these, such as sucralose, are known to cause cancer in laboratory animals.

It’s also been widely reported that some brands have unacceptable levels of heavy metals, such as mercury and cadmium.

So, unless you shop carefully, protein powders appear to be a potential health risk. So here’s what you need to watch for.

Some protein supplements contain aspartame, sucralose or another sweetener called acesulfame. All three are controversial. Although the FDA approved aspartame for food use in 1981, concerns over this additive haven’t ceased.

Many natural health experts, such as Dr. Joseph Mercola, DO, tell us to avoid it because it’s been linked to a number of serious health issues, including seizures and other neurological problems.

Worry about aspartame has led to increased use of sucralose. However, on the heels of one report showing that sucralose can cause leukemia in mice, the Center for Science in the Public Interest advises “caution” when using it.

A third sweetener called acesulfame is also on the hit list. (It’s also known as acesulfame potassium, Acesulfame-K or Ace-K.) This chemical is also problematic, as it contains methylene chloride, a potential carcinogen, according to the US Occupational Health & Safety Administration. Methylene chloride is often used as an industrial solvent.

Many protein powders are made with whey and casein, a milk protein. Unless your supplement specifically says it doesn’t come from cows treated with rBST, or bovine growth hormone, you can probably assume that it does. In the United States, this practice is now widespread.

The bigger question is whether you want to consume milk-based protein powders.

Genetically modified ingredients are another issue. This is a distinct possibility, if your powder contains soy lecithin. Or, it it’s made from corn derivatives, such as high-fructose corn syrup or maltodextrin. In the US, nearly all corn and soy is grown from GM seed. This allows farmers to use a potent herbicide that otherwise would kill these crops.

The active ingredient in this herbicide is glyphosate. Despite industry assurances that it’s safe, a number of studies now link it to cancer. For instance, in 2012, researchers in Thailand published a paper showing glyphosate fuels the growth of human breast cancer cells. So, if you’re shopping for a safe protein powder, choose one that’s labeled either USDA certified organic or GMO free.

This is a catch-all term that seems to be used when a manufacturer doesn’t want to disclose the real ingredients. Oftentimes, it means that MSG has been added to your food, because it’s considered a “natural” substance. This flavoring agent has been shown to cause obesity in laboratory animals.

In 2010, Consumer Reports issued a scathing review of the protein powder industry. It appears we now have more worries, in addition to the ones described above. This group tested 15 products purchased on the ground, near New York City, or online.  Three of these supplements had levels of mercury, cadmium, arsenic and lead exceeding safety standards. This is especially concerning in light of the fact protein shakes are consumed in large quantities.

Although we see the term “natural flavors,” by law, organic products cannot include added monosodium glutamate. 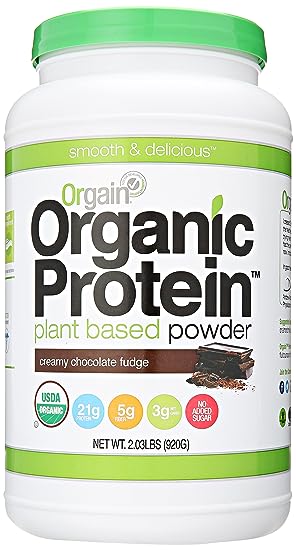 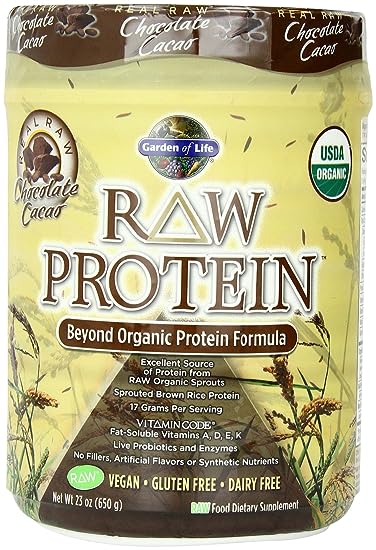 Clearly, both of these products are much safer choices than most of the other offerings. I like the long list of organic fruits and vegetables in the Garden of Life Raw Meal, compared to the Orgain powder. I’m also impressed with the integrity of Garden of Life, which responded quickly to an independent investigation showing that its protein products contained concerning amounts of lead, cadmium and tungsten.

Natural News was the media outlet that funded this investigation and broke the story. Garden of Life responded quickly, made the necessary corrections and now ensures that its rice protein powders fall within mutually agreed up (Natural News and Garden of Life) safe limits, as reported by Natural News.