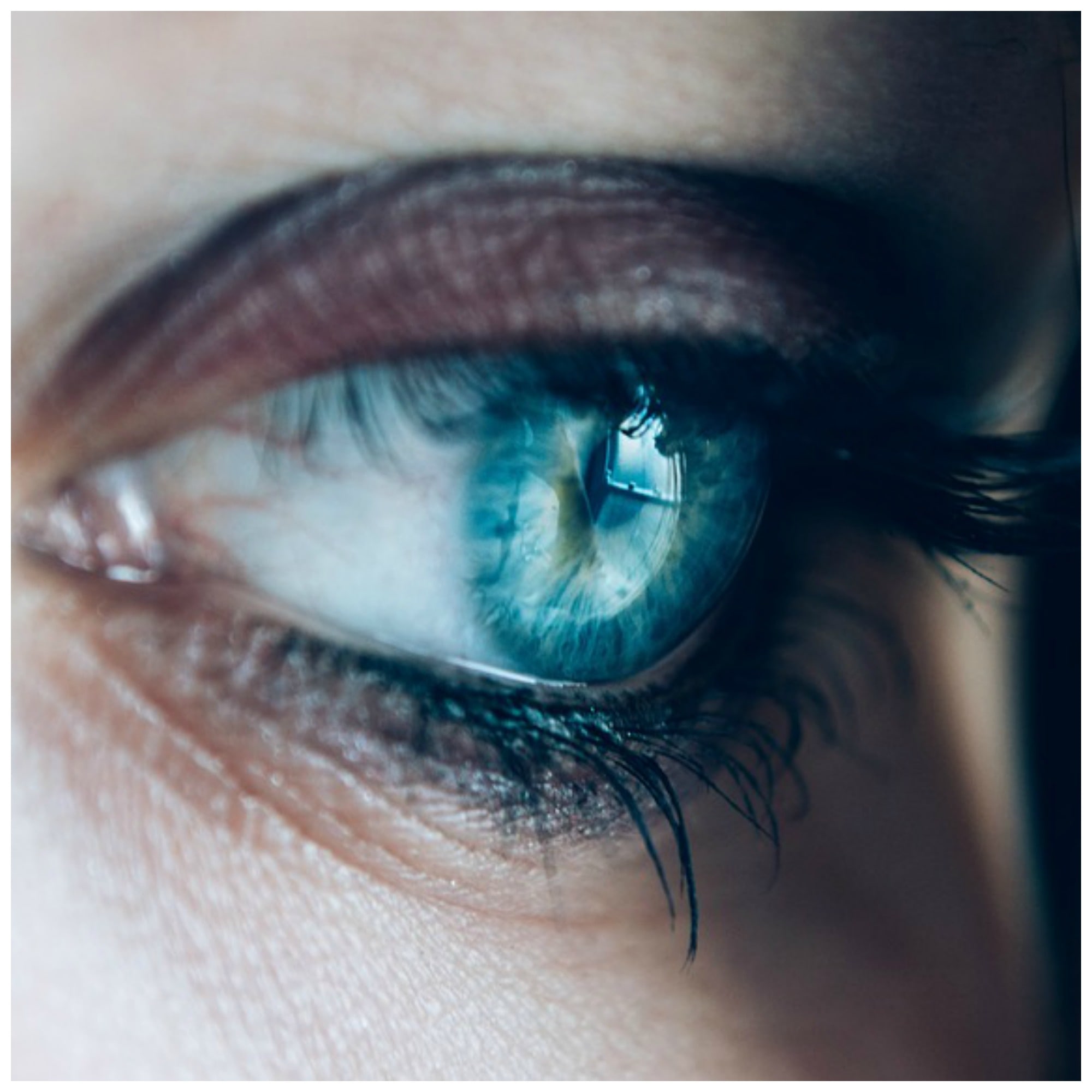 As a middle-aged Mom with a Mediterranean complexion, I’m prone to developing dark under eye circles

Because I don’t like how these make me look old, and tired, I need to fight them.

Thanks to my genetic predisposition, dark circles are something I’ll probably have to battle for the rest of my life.

Under Eye Cream for Dark Circles

(This post contains affiliate links and if you click and purchase anything I receive a referral fee at no extra cost to you.)

But I feel as if I’m winning the war on my under eye circles, thanks, I believe, to a healthy lifestyle and my amazing all natural eye cream.

At one time, my dark circles looked much worse.

This was when I was in my 20’s and 30’s. As a young adult, I worked as a newspaper reporter. I was low woman on the totem pole. So this meant long hours that oftentimes dragged into the early morning. With such a hectic schedule, I often relied upon fast food for nourishment.

Unfortunately, this schedule messed up my sleep cycle. Chronic insomnia became my enemy. Unfortunately, this showed up on my face, specifically underneath my eyes. So I used a lot of cover up, trying to disguise the fact that I’d developed some serious dark circles.

In my 40’s, I began to sleep a bit better. But I continued to eat poorly. So I still needed (or at least I thought I did) makeup tricks to perk up my tired-looking eyes.

However, something happened that forced a lifestyle change. Stress coupled with poor nutrition led to poor health. I developed a painful nerve disease that would have left me disabled, if I didn’t make some drastic lifestyle changes.

In order to regain my health, I had to clean up my diet. This meant eating whole, organic foods, instead of processed junk. I drank pure, non-fluoridated water. Unfortunately, I live in a community that adds sodium fluoride to our water supply. This chemical is a toxin that attacks the thyroid gland. So I need to either filter my water or drink bottled water.

My cosmetics had to go as well. This included my mascara, makeup, soap, facial creams, hair gel, hair spray and even my deodorant. The good news is that natural products exist for all of these items. I replaced them with plant-based substitutes. These natural cosmetics work just as well as the chemicals I’d been using for decades, and felt as if I couldn’t live without.

After a few months of healthy living, I was thrilled to see my dark undereye circles beginning to fade. Soon, I didn’t need to use an opaque block to hide them. They barely existed. Then, I found an amazing natural dark circle eye cream, which I consider my secret weapon. After decades of being ashamed of my dark circles, and trying to cover them up, now they’re hardly noticeable.

It’s believed there are various natural ways to get rid of dark circles. (I’ve tried many of them.) For me, some worked better than others. But it seems as if the most effective way to make them go away is to attack them from the inside. This means doing things that improve your health. These efforts may eventually show up on your skin.

Please understand I’m not promising success, or that any one product will rid you of these annoying circles. I’m not a doctor, so I can’t give medical advice. I’m simply sharing my own story.

Trying to reduce your tension, getting enough rest and eliminating environmental toxins, I’ve found, is the best way to take years off your face. Now that I’m in my 50’s, I’m actually happier with how I look for my age, than I was a couple of decades ago. I attribute this to a better lifestyle, and to my secret weapon, which I’ll tell you about in a minute.

In my own humble opinion, all of the expensive anti-aging creams on the market, put together, will not equal the positive effects of eating good food, at least as far helping those unsightly under-eye circles.

Himalayan Salt for Under Eye Circles

The toxic table salt I was using was replaced with healthy pink Himalayan salt. I believe making this switch has helped my overall health. At the very least, I’m consuming more of the minerals I need, which are found in this salt. Most alternative health experts believe that laboratory-made table salt is toxic. It causes fluid retention, which also can result in puffy eyes.

Cucumbers for Under Eye Circles

When you wake up in the morning, and notice unsightly bags, the old cucumber trick will relieve the swelling. Take a couple slices of cold cucumber and put them over your eyes for a few minutes. This does work, but the effect is temporary, at best. The next morning, you’ll face the same problem.

Tea Bags for Under Eye Circles

A good way to reuse tea bags is to put them under your eyes for a few minutes. (Just make sure they’re cold.) I think this works even better than the cucumber trick. Tea leaves are said to have an astringent action, so they’ll firm and tighten your eye area. I’ve used this remedy in the past, with fairly good success. But like the cucumber slices, it’s temporary. When you wake up in the next morning, and look in the mirror, you’ll see those dreaded dark circles again.

Okay, this is the secret weapon I was talking about earlier. In my search for natural cosmetics, I found 100% Pure Organic Coffee Bean Caffeine Eye Cream. This all-natural eye cream is the second best dark circle remedy I’ve found, aside from a healthy lifestyle.

I was skeptical that it would work as well as it does. But, after hearing a lot about it, I decided to give it a try. It really works, at least for me. This is one of the best decisions I’ve ever made. I’m no longer embarrassed and ashamed of my dark circles, because they barely exist.

Some of the ingredients in this cream include organic aloe juice, rose hydrosol (rose extract mixed with water), rosehip oil, green coffee, cherry, rosemary, oregano, thyme, goldenseal and vanilla, are apparently designed to work together in synergy to bring about healing in the area under the eye.

This is a small tube, as you can see in the photo below, but you only need a little. I’ve had my cream for about a year, and I use it often. I still haven’t had to order a second tube. 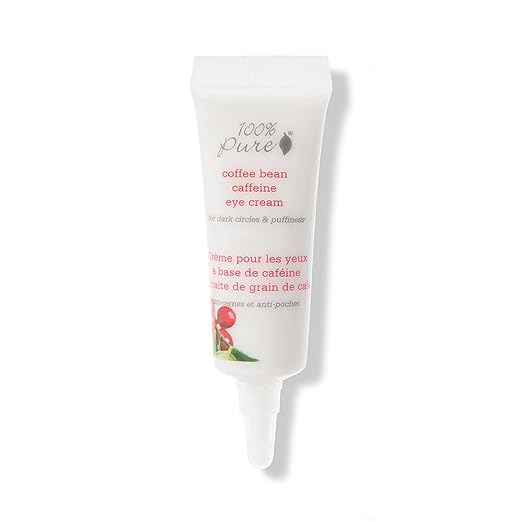 I hope you find my story of getting rid of my dark under eye circles encouraging. Our body has an amazing capacity to heal and regenerate, once it’s given the proper tools.