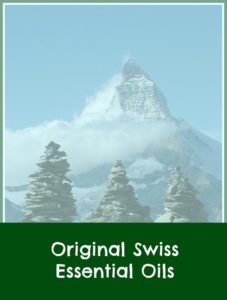 However, in many parts of the world, essential oils have been used for ages. In fact, there is a Swiss formula known as Olbas Oil, which has been around for more than 100 years.

Switzerland is a place where medicinal herbs grow abundantly in the vast open fields and foothills.

Through the years, Swiss herbalists have taken advantage of this wide range of flora. Consequently, many tried and true folk remedies have been developed.

Among them is this special blend of oils, so widely acclaimed that it has also become known as “The Marvelous Swiss Oil.”

More often, though, it is referred to as “Olbas Oil,” in reference to the area surrounding the city of Basle, where this particular formula originated.

Olbas Oil is a blend of six essential oils, still made in the same manner as it was a century ago.

Some of the main uses for this formula are supporting the body through colds and the flu, as well as hay fever. Olbas is also used to ease the pain of sore muscles, as some of its ingredients, especially peppermint, eucalyptus and wintergreen, are believed to have powerful pain-relieving compounds. Other ingredients include cajeput, juniper and clove oils. 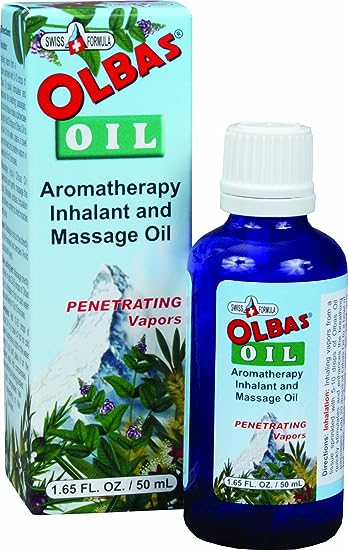 Olbas is also a good natural alternative to over-the-counter pain medication when you’re suffering from a headache. Because mint oils are so effective at stopping this discomfort, I’ve gotten rid of all of my OTC pain products. Now I rely solely upon essential oils for mild to moderate headaches. Just a drop or two of diluted oil on the temples and forehead brings immediate relief.

It’s nice to know that a traditional Swiss remedy, which has been safely used for more than 100 years is now available to people in other parts of the world.