Priests and Nuns Who Healed the Sick

As a Catholic, I used to worry that alternative medicine would harm my faith. However, after doing some research, I realized this was a groundless fear.

I do need to avoid New Age practices, such as reiki. But there’s no reason I can’t use herbs, homeopathy and essential oils. In fact, the origins of Western medicine are very much aligned with Catholicism.

Medieval monasteries were places of healing, physically as well as spiritually. The consecrated religious who lived in these self-contained communities took care of the sick.

Before modern hospitals existed, people who needed extended care could find it at the nearest monastery.

Many monks had advanced knowledge of herbal medicine. Each monastery also had a special garden. This is where herbal remedies grew. There’s even evidence that extensive trade took place between communities, to facilitate access of the more rare medicinal plants, which came from far away.

Similar medical care was available at the convents, which housed female religious sisters. One of the most famous medieval herbalists was a woman named Saint Hildegard of Bingen. She lived in Germany, during the 12th century.

Saint Hildegard, who was canonized in 2012, was very famous in her day. In addition to her medical skills, she was a musician and a playwright. She was also gifted with mystical visions that allowed her to communicate directly with Heaven.

This amazing Benedictine nun, who was abbess of her convent, developed a sophisticated medical system, despite the fact she had no formal training and probably rarely, if ever, stepped outside the walls of her community.

As a cloistered nun, Saint Hildegard had limited access to the outside world. So, there’s little doubt that she gained much of her extensive knowledge through supernatural means, either Divine revelations or inspirations of the Holy Spirit.

Saint Hildegard could ferret out the root cause of someone’s physical distress. Then, she’d hit upon a solution, oftentimes a combination of spiritual and herbal remedies. For instance, if someone had unresolved anger, she believed this could cause “black bile” to rise in the body, which would lead to bad health.

To restore someone’s vigor, she’d recommend various plant-based, as well as animal remedies. She was also a big advocate of healing crystals, although her advice was strictly in accord with Christianity, and did not delve into the New Age.

Saint Hildegard had some favorite remedies. Among them was fennel, which she believed was good for everyone. It’s interesting to note that modern herbalists often recommend this spice as a health tonic and digestive aid.

Oftentimes, the remedies of Saint Hildegard involved medicinal wines. She always advocated moderation and cautioned against eating too much raw food.  She thought this could make someone’s digestive “fire” go out.

Above all, she realized that the body and soul were intimately connected. During her lifetime, she was noted for her seemingly miraculous cures. But this only happened if they were in accord with God’s will for a particular person to recover. If this wasn’t the case, there was little she could do.

Saint Hildegard’s vast reservoir of knowledge was compiled in her book, entitled Physicas. But this difficult-to-read treatise has been translated, and condensed into Hildegard of Bingen’s Medicine.

Who Was Father Sebastian Kneipp?

Through the centuries, there were countless nuns and priests who studied herbal medicine. Only in recent times have plant-based remedies been pushed aside, in favor of pharmaceuticals.

Caring for the sick is a long-standing Catholic tradition. For hundreds of years, this was done primarily with herbs.

During the 1880’s, a parish priest named Father Sebastian Kneipp was one of the most famous men in Europe. He is considered one of the founders of the modern naturopathic movement.

Father Kneipp was a skilled healer. He used herbs and also a radical treatment that involved exposing patients to alternating streams of hot and cold water. He believed this strengthened the body.

His first patient was himself. As a young man, enrolled in seminary, he developed tuberculosis. This was considered invariably fatal. The diagnosis seemed to end his dream of becoming a priest.

But God had other plans.

Father Kneipp began exercising, to warm himself. This was followed by a dip in the chilly Danube River. Apparently, this gave his body the boost it needed to heal. He was able to continue his seminary studies. In 1852, he was ordained to the priesthood.

He then spent the rest of his life saving both lives and souls. He taught people what lifestyle changes led to better health. These included water therapy, as well as herbs, adequate exercise and good nutrition.

The sick and suffering from far and wide traveled to Father Kneipp’s parish in the German town of Bad Worishofen. Normally, Father Kneipp didn’t leave his church. That’s because he didn’t do house calls. However, he did travel to Rome to attend to the sick Pope Leo XIII.

Father Kneipp never charged patients for his medical knowledge, some of which was likely passed along by his mother. She was an herbalist.

Also, Father Kneipp developed a line of healing remedies. Amazingly, they are available today, still made to his specifications. These remedies are widely known in Europe. People in other parts of the world are just beginning to discover them as well. 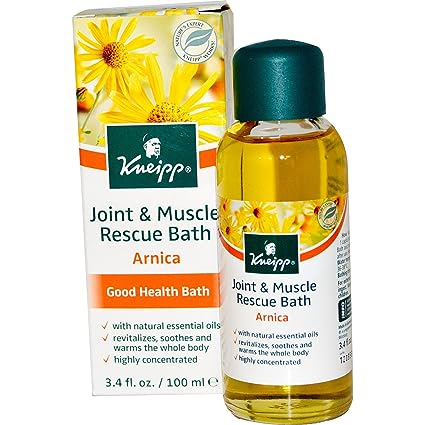 Father Romano Zago, OFM, is a Franciscan priest who lives in Brazil. He has written a book about Aloe arborescens, which you can see below. He believes the traditional Brazilian folk remedy can potentially cure a number of diseases, including cancer. He has also developed a special recipe using aloe.

This recipe, which uses aloe vera leaves, from the Aloe arborescens plant, honey and a type of liquor, which both preserves the mixture and helps to carry it into the cells of the body, has become popular in alternative cancer circles.

There are also a number of recipes available on the Internet, for people who want to make this formula on their own. In addition, Father Zago appears to have given the rights to one company to distribute his medicinal mix, which has his name on the label. This company is called Deca Aloe Arborescens US.

Father Zago, from what can be gleaned on the Internet, believes it is important to use leaves from an aged (older than five years) aloe arborescens plant.

There is very little other information available on Father Zago. The company that makes this product, in its literature, says he worked with an Italian oncologist, who conducted a clinical research trial with 240 patients. Anyway, here is a book written by Father Zago.

Medicinal Herbs in the Bible

Curiously, despite the fact that herbal medicine has long been used in convents and monasteries, some Catholics today have a deep distrust for any type of healing found outside of modern mainstream medicine.

Many of the plants recommended by these religious healers are also mentioned in the Bible. For instance, aloe alone is referred to several times, in both the Old and New Testaments. The Gospel According to Saint John, Chapter 19:39-40, mentions how the Body of Jesus was bound in linen and spices, including aloe.

Also, for thousands of years, men did not rely upon prescription drugs, which can have serious and even fatal side effects.

Fortunately, in recent years, more people are seeking more natural solutions for their health problems, found in the leaves of the many plants God has given us, for food and for medicine.

This article is not intended as medical advice and the author assumes no responsibility for treatment decisions or outcomes. People with health concerns should discuss them with a physician. Women who are pregnant or nursing should not use herbal remedies unless directed to do so by a healthcare professional.