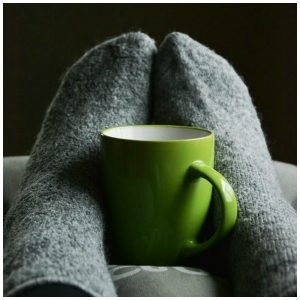 One of the most popular ways to use essential oils is to put them on your feet. Some people may argue with doing this. In fact, I got into a discussion with one reader. She insisted this was not a good way to use aromatics.

But it really okay to put essential oils on your feet. Even though this part of your body is not the most sensitive, you also want to dilute the strong aromatics with a carrier oil. One advantage of putting aromatics on your feet is that some blends, including Germ Fighter Synergy Blend are very strong.

Plant Therapy sells Germ Fighter Synergy Blend. It contains clove, cinnamon, lemon, eucalyptus and rosemary oils. These are the same five oils found in many of the other microbe busting blends on the market. Nearly every aromatherapy company sells its own version of a germ fighting blend. The five oils I just mentioned are typically used.

It’s believed that at least one of these companies designed their germ fighting blend after a group of Medieval thieves. According to a widely circulating story, these men used an herbal remedy to stay well during a plague. This allowed them to steal from the sick and dying.

Eventually, however, these men were caught. The king demanded to know their secret. They told him, in exchange for a lighter sentence.

My mother owns OnGuard sold by doTerra. I used it the last time I visited her, and caught a terrible cold. OnGuard smells nice and I would buy it myself if other good non-MLM alternatives weren’t available.

However, I know that excellent products exist outside of the MLM networks. They’re usually much less expensive because they’re sold more directly to the consumer. There’s no monthly minimum order you have to maintain either.

I like to always have a germ fighting essential oil blend in the house. That’s because I like to rely upon natural remedies as much as possible, instead of drugs. When I get sick, I like to put germ fighter diluted with a carrier oil on the inside of my wrists, since my skin is not particularly sensitive. If it were, I’d put it on my feet instead.

Please understand, though, that I’m not a doctor. I can’t give medical advice or promise that any particular remedy will solve anyone else’s health problems. Everything here is written for discussion purposes only, as I describe how I use essential oils in my own life.

Plant Therapy Germ Fighter Synergy Blend comes in two sizes. But I recommend getting the smaller 10 ml unless you plan to use a lot of it. So you can see the 10 ml size on the left. You can also get germ fighter in a pre-diluted roll on that you can use away from home. Many people use these microbe busting blends in an effort to protect themselves from getting sick.

Anyway, if you decide you want to put Germ Fighter Synergy Blend on your feet, you’ll want to dilute it in a carrier oil. This is an oil that’s oily. Aromatic oils, in other hand, are not true oils. They’re volative plant extracts that quickly evaporate. So you need the oil for stability. Carrier oils also protect your skin. It’s believed they help “carry” the medicinal compounds into your body.

One of the more popular types of carrier is fractionated cococut oil. This is derived from regular coconut oil. Some of the fatty acids are removed, and the end result is an oil that glides easily on your skin.

Avocado oil can also be used as well. This carrier is considered very good for your skin. I love using pure avocado oil on my face. 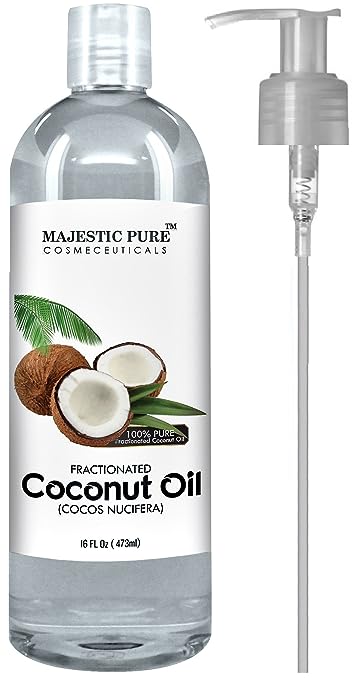 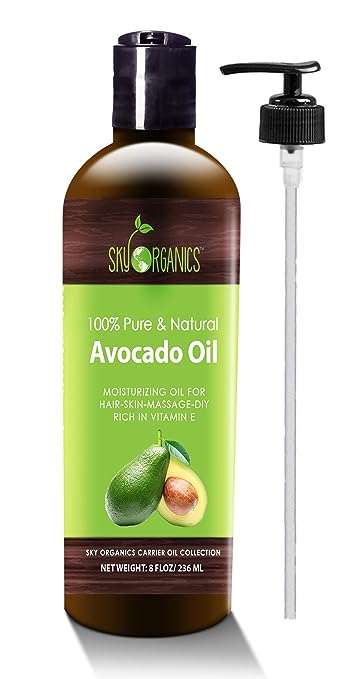 How to Use Germ Fighter Oil

Germ fighter essential oil contains some aromatics that are considered “hot.” This means they have the potential to burn your skin if you apply them without a carrier oil. A standard dilution ratio is 2 percent. This means 3 drops of Germ Fighter Synergy Blend to 1 teaspoon of carrier oil.

Even though this doesn’t seem like a lot, essential oils are really strong. So you only need a little.

Also, I don’t use Germ Fighter Synergy Blend just for infections. I like how it makes me feel energized. So I often use this recipe while I’m working and want to increase my focus. This blend contains rosemary, which has been proven to help improve cognition.

Germ Fighter Essential Oil Synergy blend is designed to kill microbes. Another potential use would be to use it diluted as a means of preventing fungal infections. However, I can’t claim or promise this would work, even though I’d have no issues using it on my own feet for that purpose. However, you may also be interested in another Plant Therapy formula designed for the feet. This is called Derma Shield Synergy Blend and it contains tea tree, lavender, lemon, cedarwood, myrrh, tagetes and oregano essential oils.